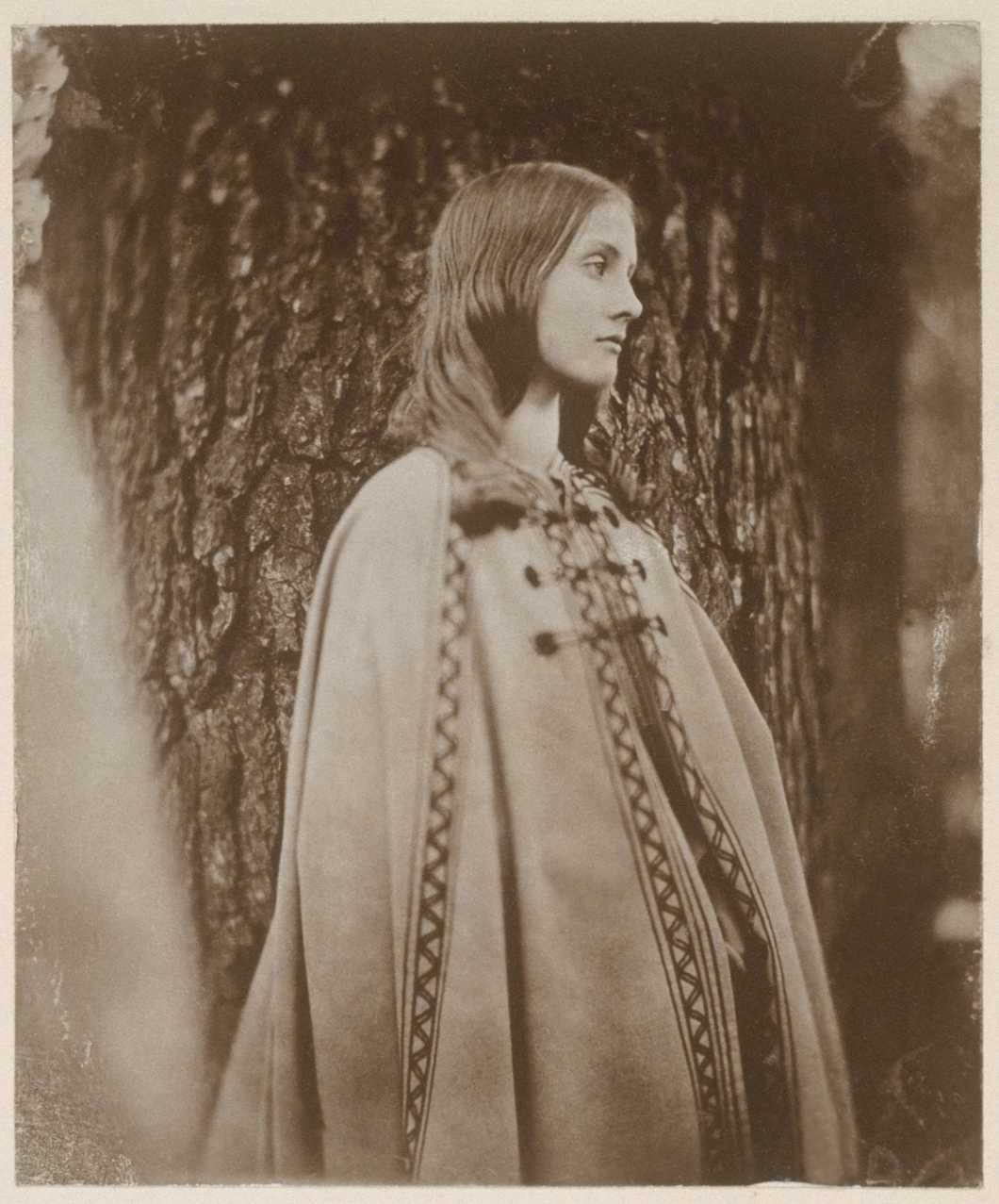 Julia Prinsep Jackson (1846-1895) was the third daughter of Dr. John and Maria Pattle Jackson. Born in India in 1846, she moved to England with her mother in 1848. This photograph of Virginia Woolf’s mother was taken when she was ten years old and reveals her legendary beauty. She later became a model for Pre-Raphaelite painters, such as Edward Burne-Jones.

Reproduction of plate 31a from Leslie Stephen’s Photograph Album. This photo must be taken around the same time as this picture here, together with her sister.