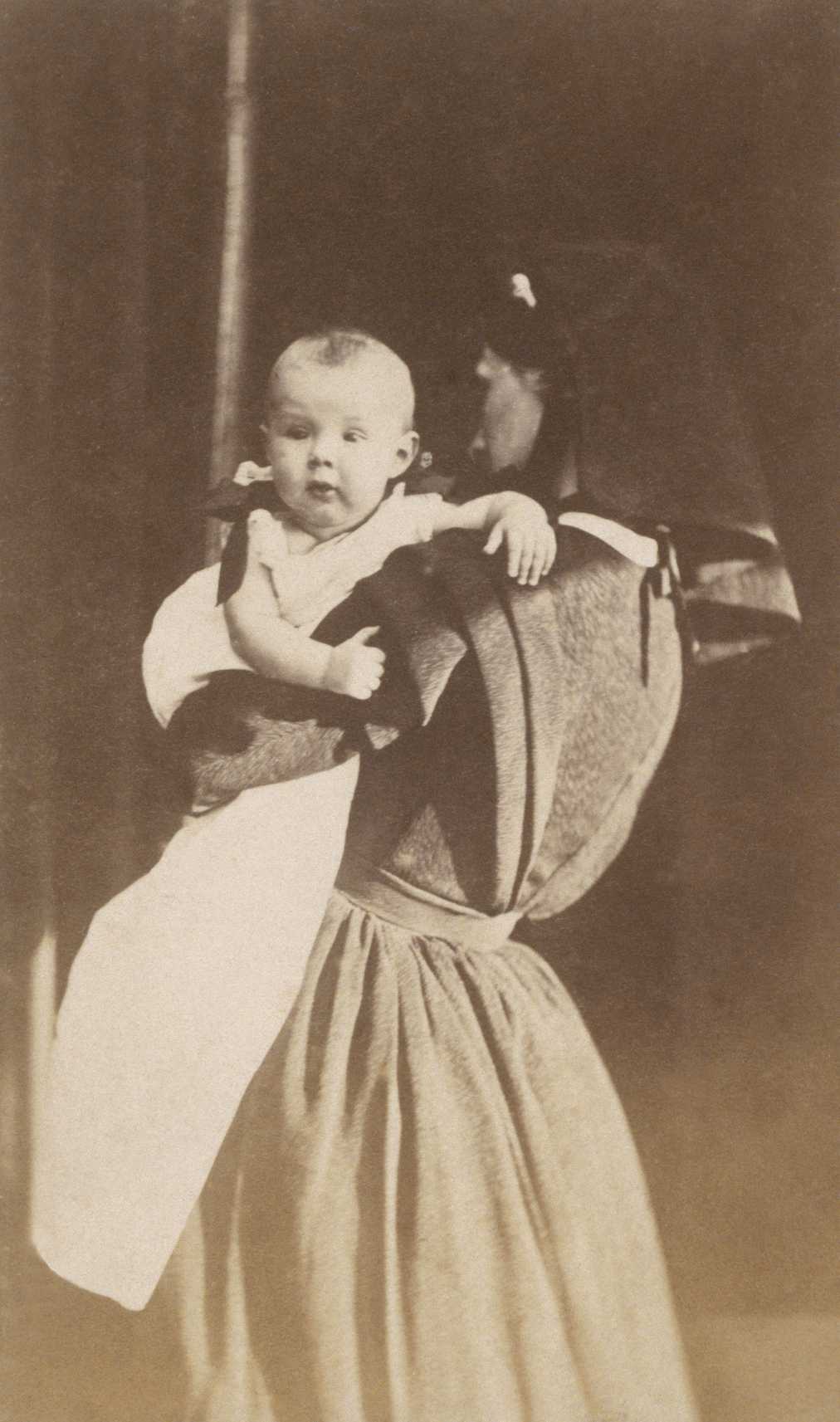 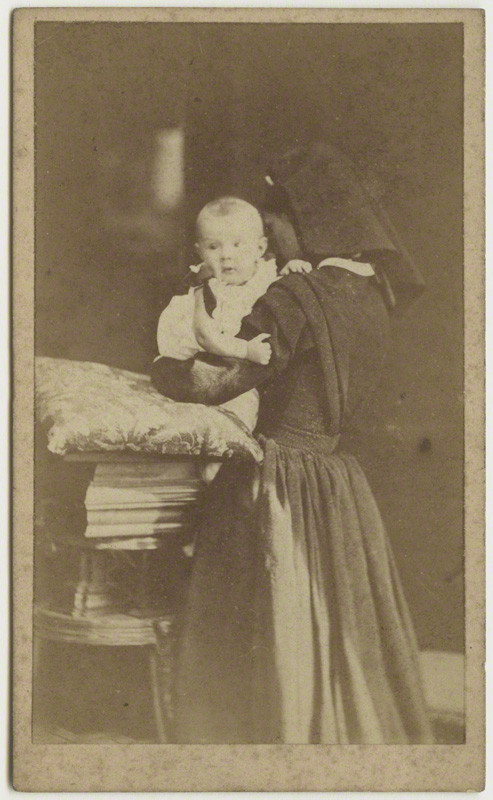 On this heartbreaking photo Julia Jackson, Julia Duckworth, or Julia Prinsep Stephen is in deep mourning for her first husband Herbert Duckworth. She is holding their youngest son Gerald, who was born posthumously, just after her husband’s death in 1870.

This photo evokes some controversy. On the website of the National Portrait Gallery the images is labelled as Julia Duckworth and son Gerald. But on the website of the Smith College Libraries the photo is labelled as Gerald Duckworth and his nurse Miss Leyden. Which leaves the question: is this woman on the photo the child’s mother or it’s nurse? Somehow I’m inclined to think the latter, even though the image would be much more impactful and heartbreaking if it would be mother and child. Then again, if it was the nurse, would she also be wearing mourning clothes? Because the lady on the photo seems to be wearing a black crepe gown. Who knows?

This is what Smith College Libraries writes about the image:

“Julia’s third child, Gerald de l’Etang Duckworth (1870-1937), was born six weeks after his father’s death. He is seen here wearing a black mourning ribbon. The children’s nurse, Miss Leyden, is also in the picture. According to Leslie Stephen, Julia was kind to her servants; “no servant ever voluntarily left her except to be married.”

Gerald Duckworth was educated at Eton and Cambridge and in 1898 established a publishing firm with A. R. Walker. Duckworth & Company published Virginia Woolf’s first two novels: The Voyage Out (1915) and Night and Day (1919). Gerald married Cecil Alice Scott-Chad in 1921, when he was fifty.”

For another photo of mother and son and for more biographical info see my other post here. She later married the biographer Leslie Stephen with whom she had four children, among which Virginia Woolf and Vanessa Bell.