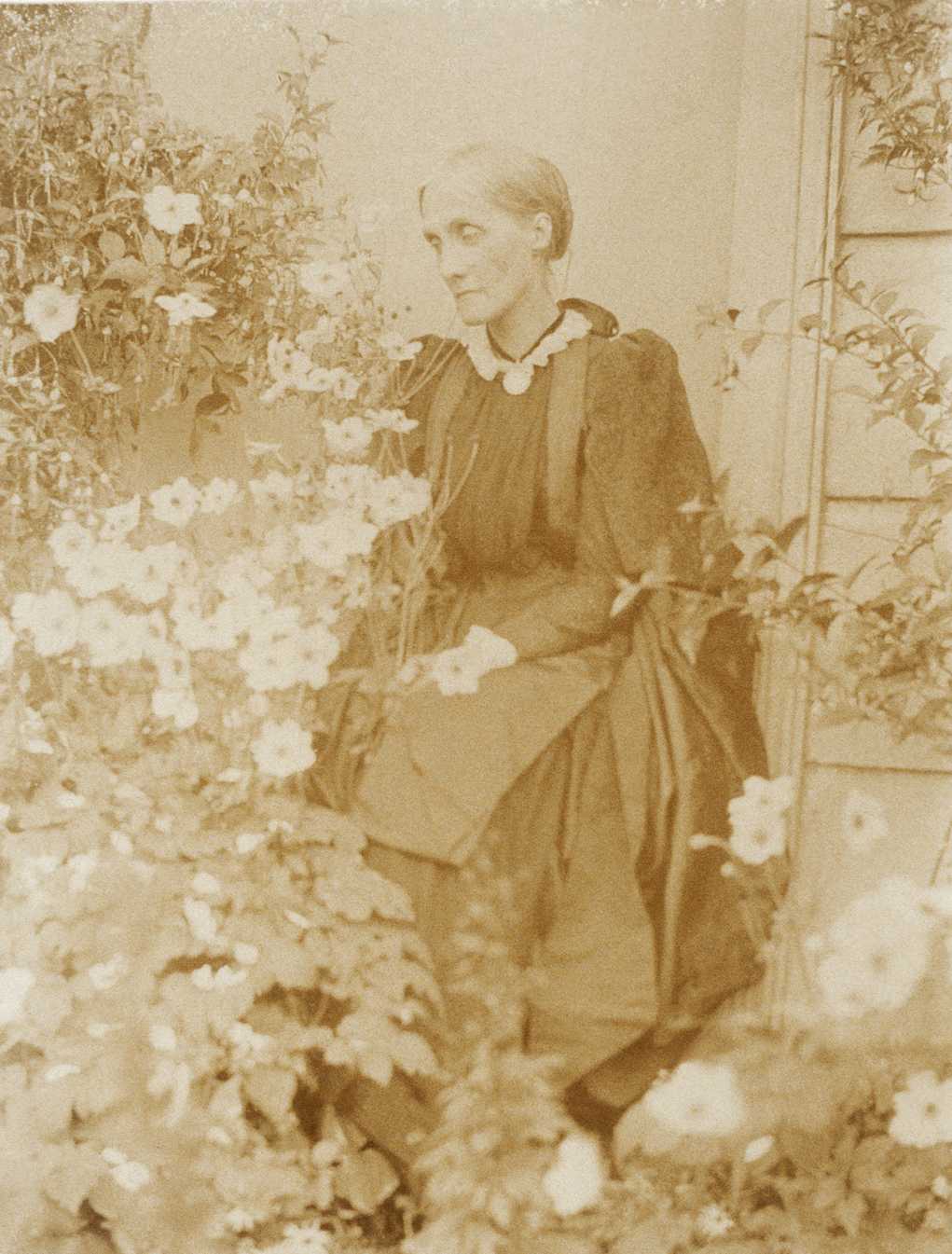 “Julia loved flowers and delighted in such gardening as was compatible with the shortness of our residences,” according to Leslie Stephen in his memoir. When they were courting, Leslie wrote to Julia: “You see I have not got any Saints and you must not be angry if I put you in the place where my Saints ought to be.”

I find it shocking to see how old and broken down she appears on this photo. She was only about 49-years old (she would die in 1895), while she demonstrates at least 60 years old. Is this the toll of grief, or of giving birth to seven children in a row? Probably a combination of both.

Here is another image of her, from 1892, reading at Talland House: 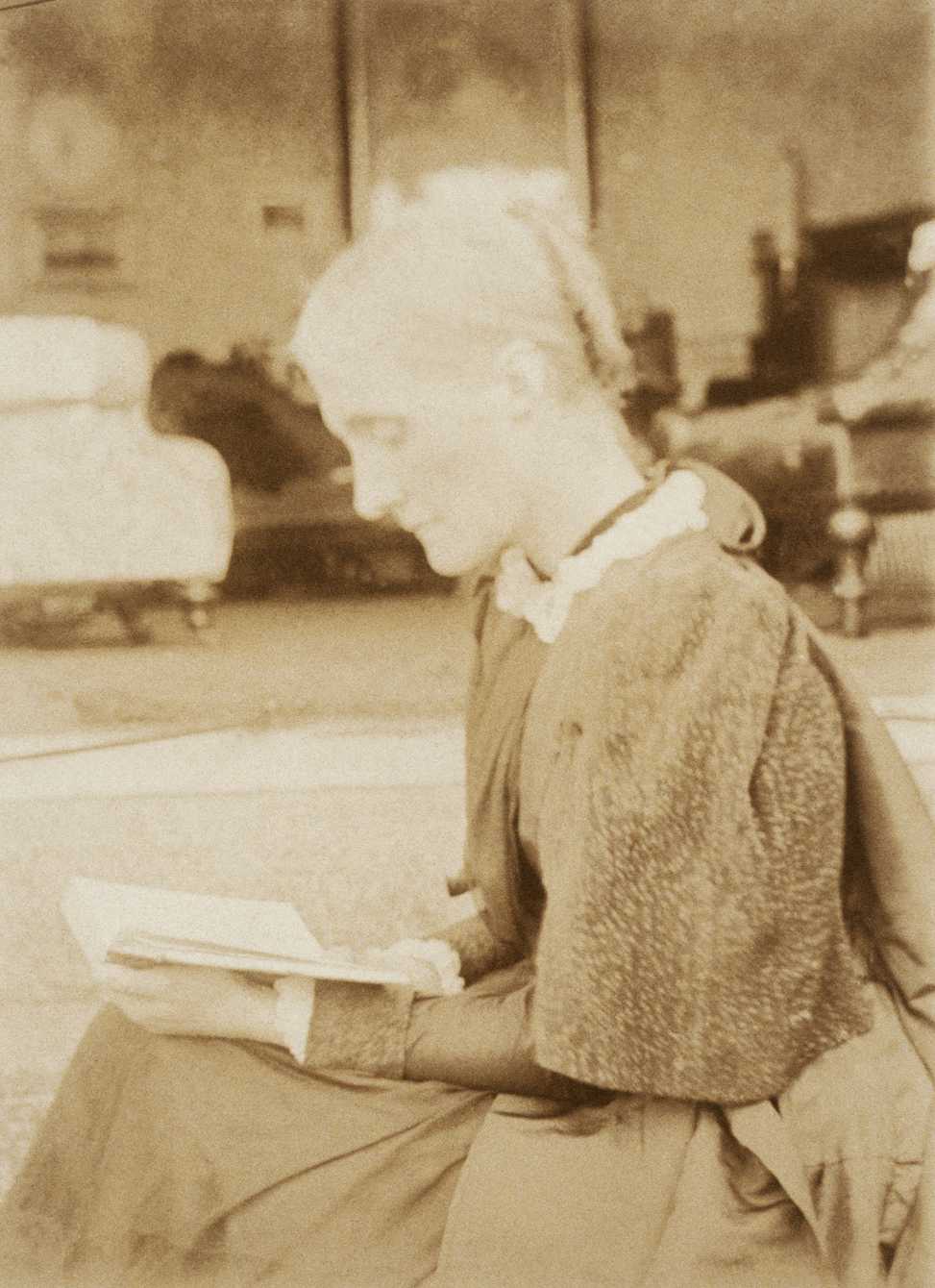 As a child, Julia was introduced to important writers and artists by her aunt and uncle at Little Holland House. They included George Meredith, William Thackeray, Sir Frederick Leighton, G. F. Watts, and Edward Burne-Jones. Julia’s mother was a friend of the writer Coventry Patmore when he was a young man. Julia read widely herself, wrote children’s stories, and published Notes from Sick Rooms (1883).

And besides reading and resting in the garden she was also teaching her four youngest children. Thoby Stephen, Vanessa Bell, Virginia Woolf, Julia, and Adrian Stephen are seen here at their holiday residence Talland House. Even on holiday, the Stephen children were taught their lessons by Julia: 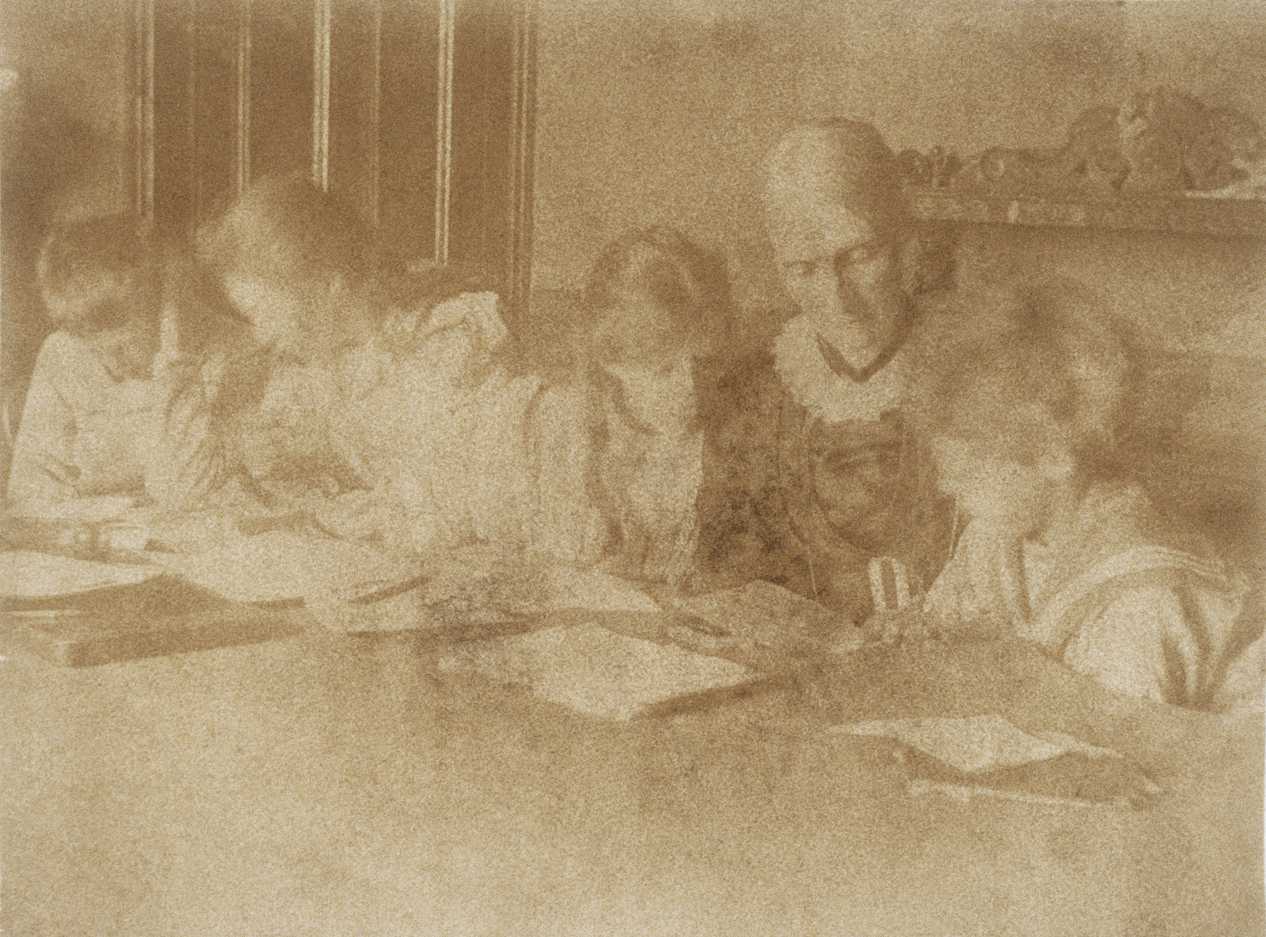 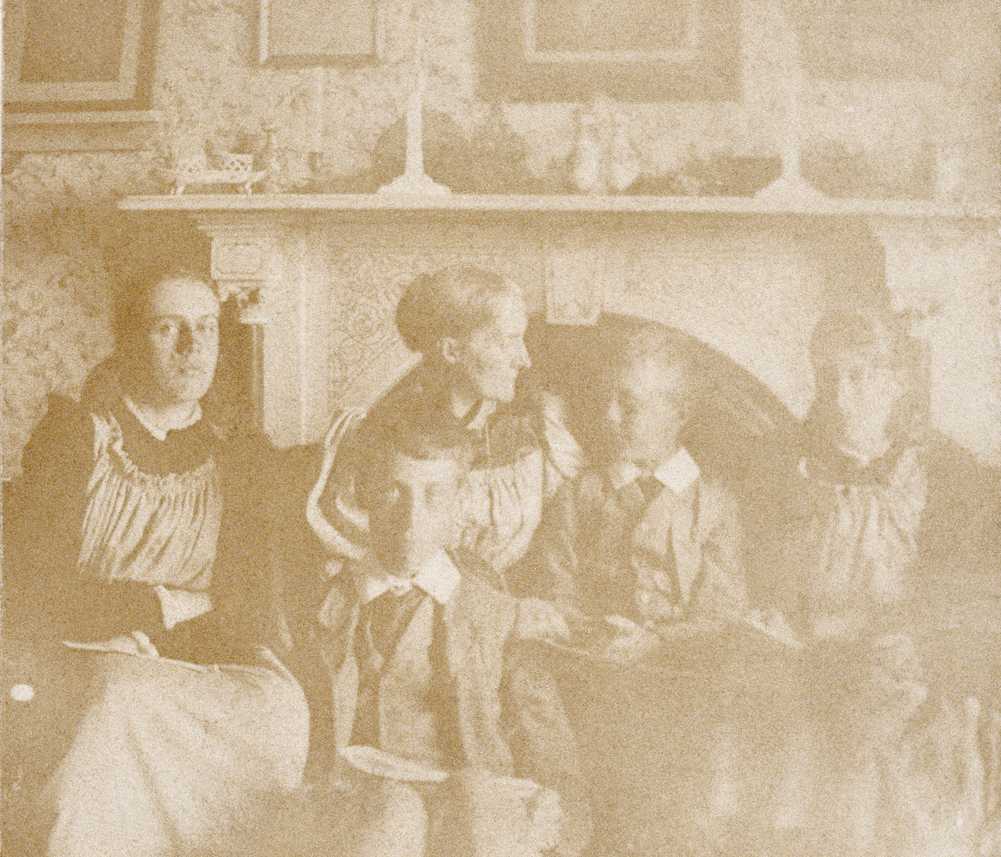 Only a year later these children would be without a mother. Julia died in 1895.