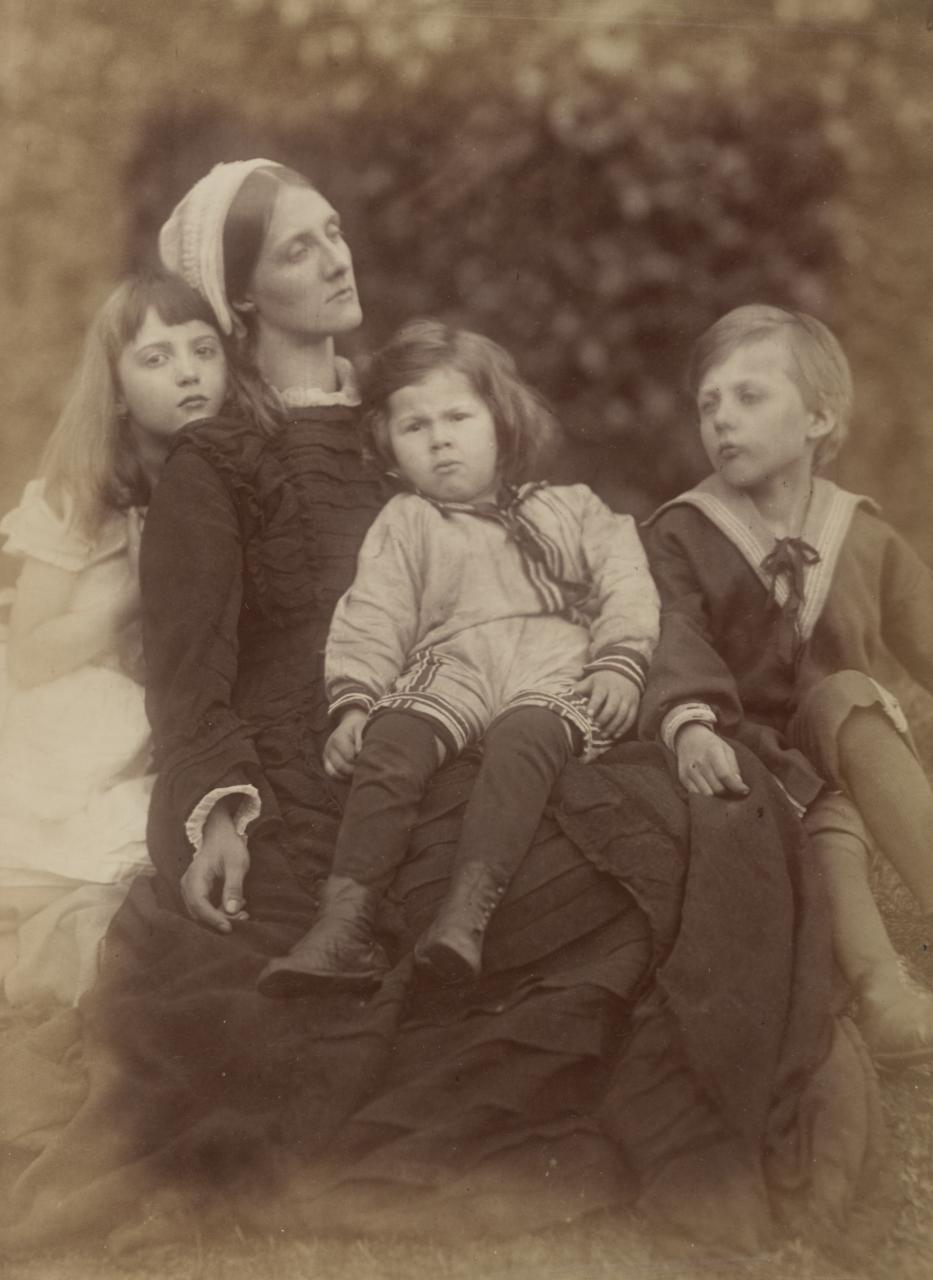 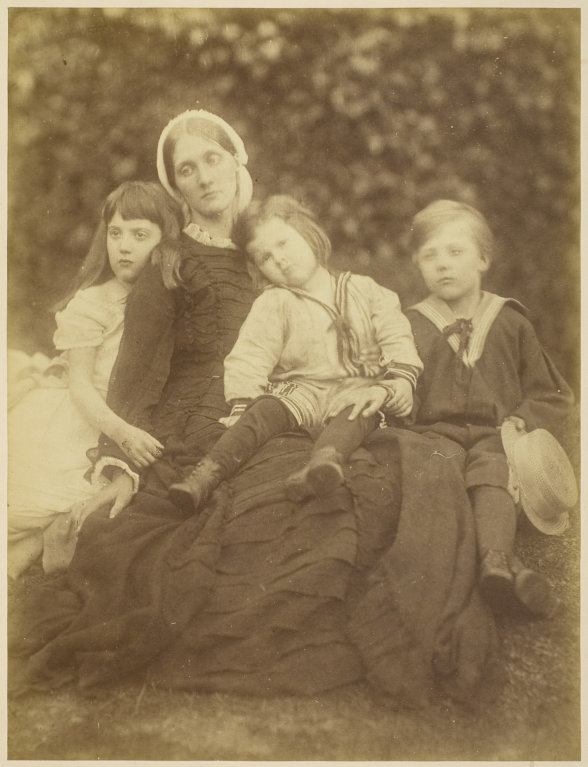 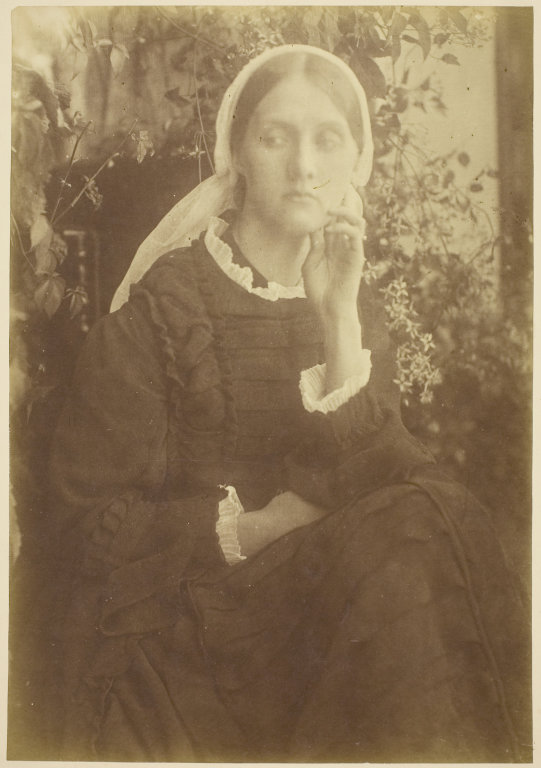 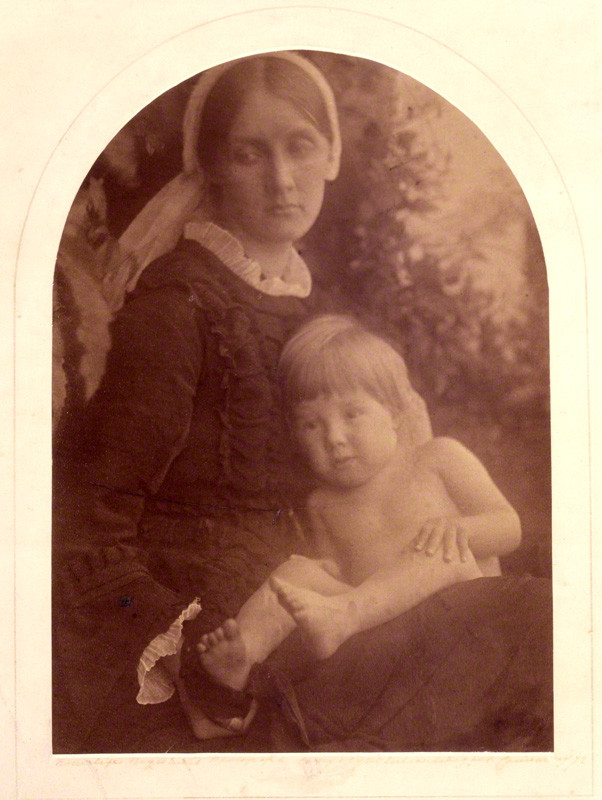 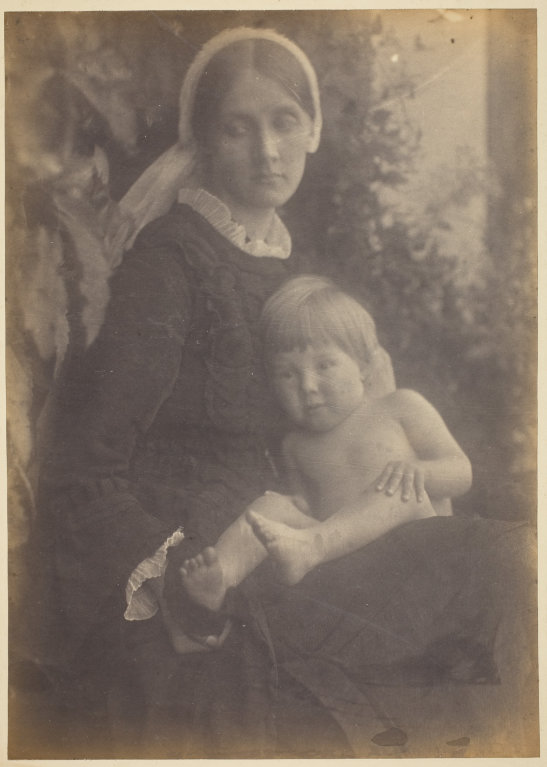 Julia Jackson (1846 – 1895) was an English philanthropist and a Pre-Raphaelite model. She was born in India in 1846. Julia had been born in India to Dr John Jackson (1804 – 1887) and Maria Pattle (1818 – 1892). Amongst her mother’s seven siblings was her aunt, Julia Margaret Pattle, better known as the photographer Julia Margaret Cameron who had introduced the families. Julia was also first cousin to the temperance leader Lady Henry Somerset. After returning to England she became a model for Pre-Raphaelite painters such as Edward Burne-Jones

After her husband’s death she was devastated and called her life ‘a shipwreck’. The above photo, which at first glance seems like a dreamy picture of mother and children, is in fact an image of deep mourning. Of a mourning mother seeking solace in her children.

At the same time that Julia lost her husband the biographer Leslie Stephen was also widowed – his first wife Harriet Marian Thackeray had died from a miscarriage – and Julia and Leslie, close friends and neighbours, were drawn together by their bereavement. Julia married Leslie Stephen on 26 March 1878. They had four children:

In May 1895, Julia died of influenza, leaving her husband with four young children aged 11 to 15 (her children by her first marriage being adult by then).

The girl with the bangs on the above photo, aged 8, later became Lady Florence Henrietta Darwin (née Fisher, previously Maitland; 31 January 1864 – 5 March 1920). She was an English playwright. Florence Henrietta Fisher was born in Kensington, London, the daughter of Herbert William Fisher (1826–1903), author of Considerations on the Origin of the American War, and his wife Mary Louisa Jackson (1841–1916), the sister of Mrs Herbert Duckworth (Julia Jackson, née Stephen). There is a photo of the two sisters Mary Louisa Jackson & Julia Jackson (later Mrs Herbert Duckworth) here as children.

Florence’s brother was the MP Herbert Fisher and her sister Adeline Maria Fisher was the first wife of the composer Ralph Vaughan Williams. She was also a first cousin of writer Virginia Woolf and her sister Vanessa Bell. As a child she posed for a series of photographic portraits by her great aunt, Julia Margaret Cameron, including A Study of St John the Baptist.

Below another photo from the same series of Julia Duckworth (née Jackson): 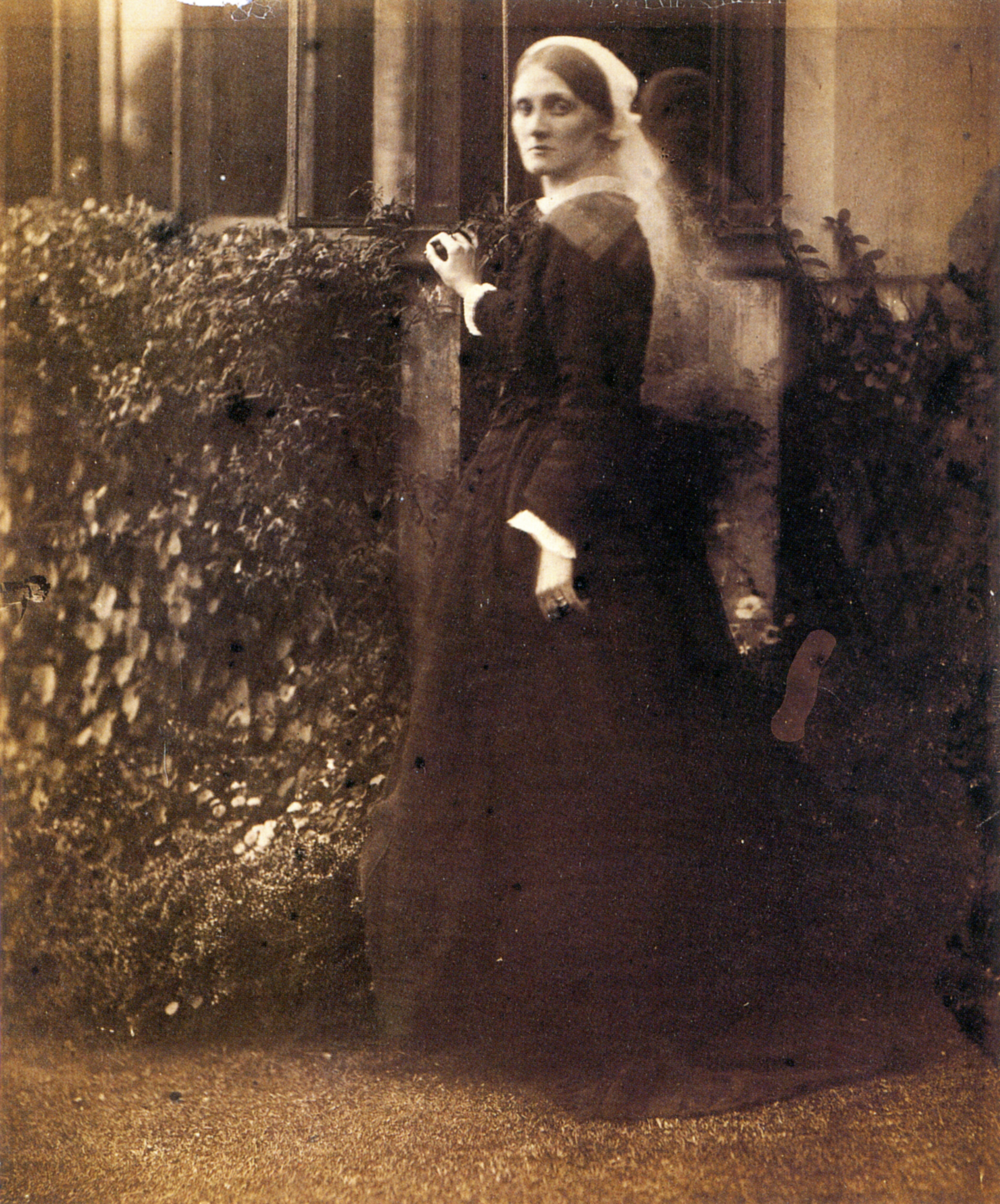 Below from the same series by Julia Margaret Cameron another photo of Julia Jackson, distributed by Henry Herschel Hay Cameron (later The Cameron Studio), carbon print on cabinet card, 1872: 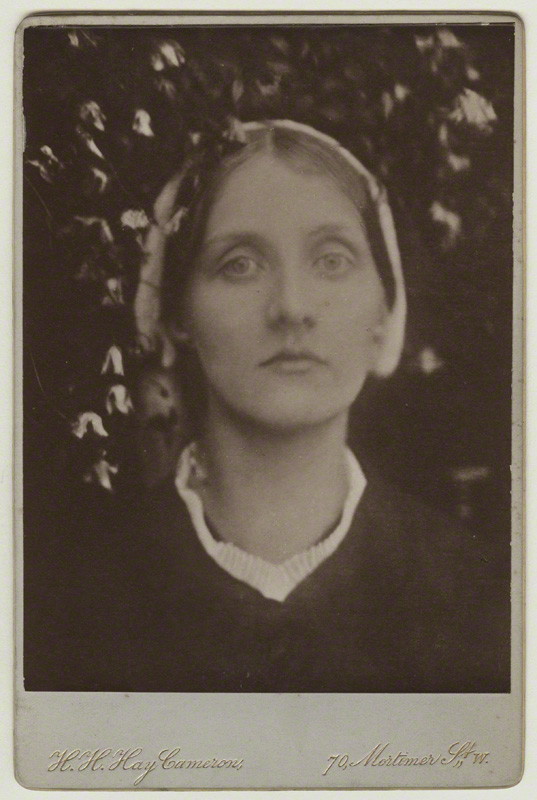 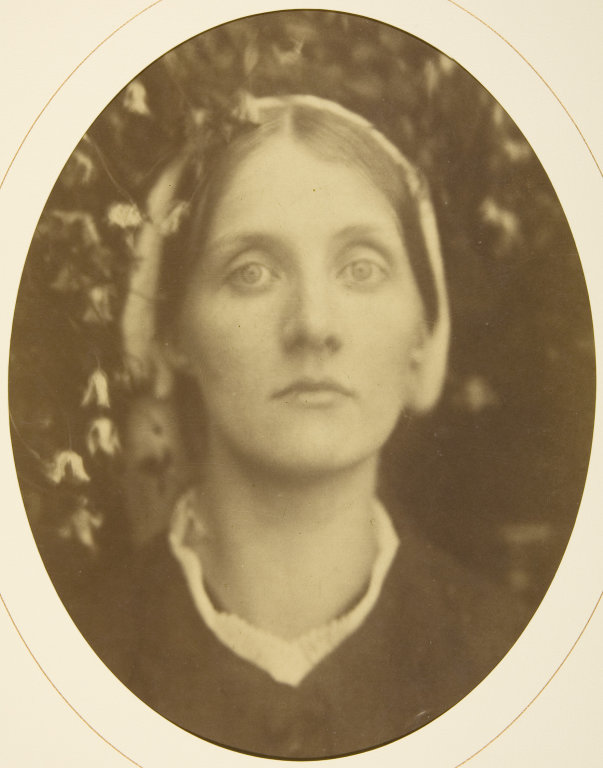