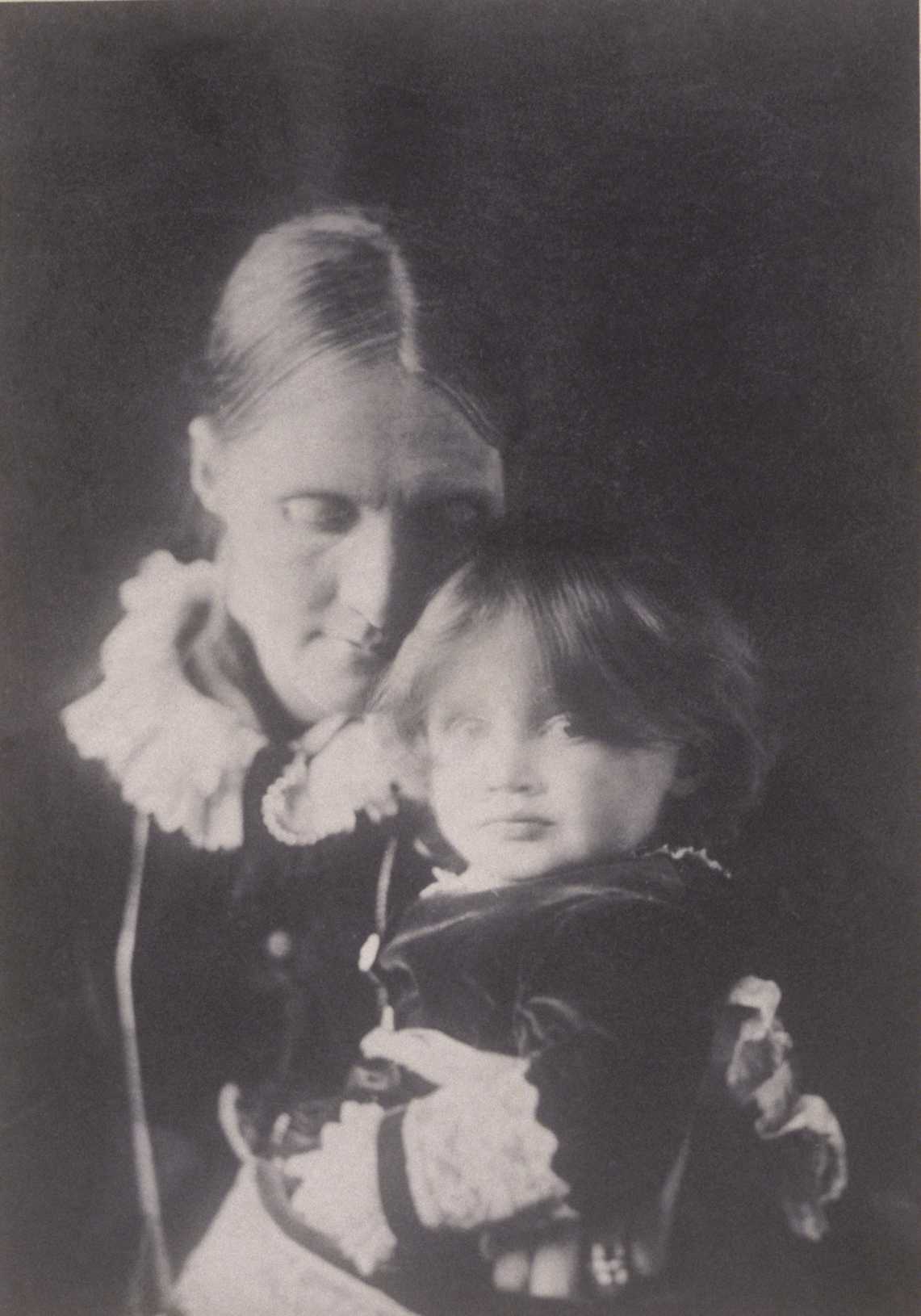 Virginia Woolf (1882-1941) was the third child of Leslie and Julia Duckworth Stephen (1846- 1895). Woolf had three siblings: Vanessa, Thoby, and a younger brother Adrian. In addition, Woolf had two half-brothers and two half-sisters from her parents’ previous marriages: George and Gerald Duckworth, Stella Duckworth, and Laura Stephen.

Leslie Stephen treasured this picture of his wife and daughter, which was taken by Julia Margaret Cameron’s son: “When I look at that photograph with Virginia I at least see a mouth which is an embodiment of such delicacy and tenderness as makes my heart tremble.”