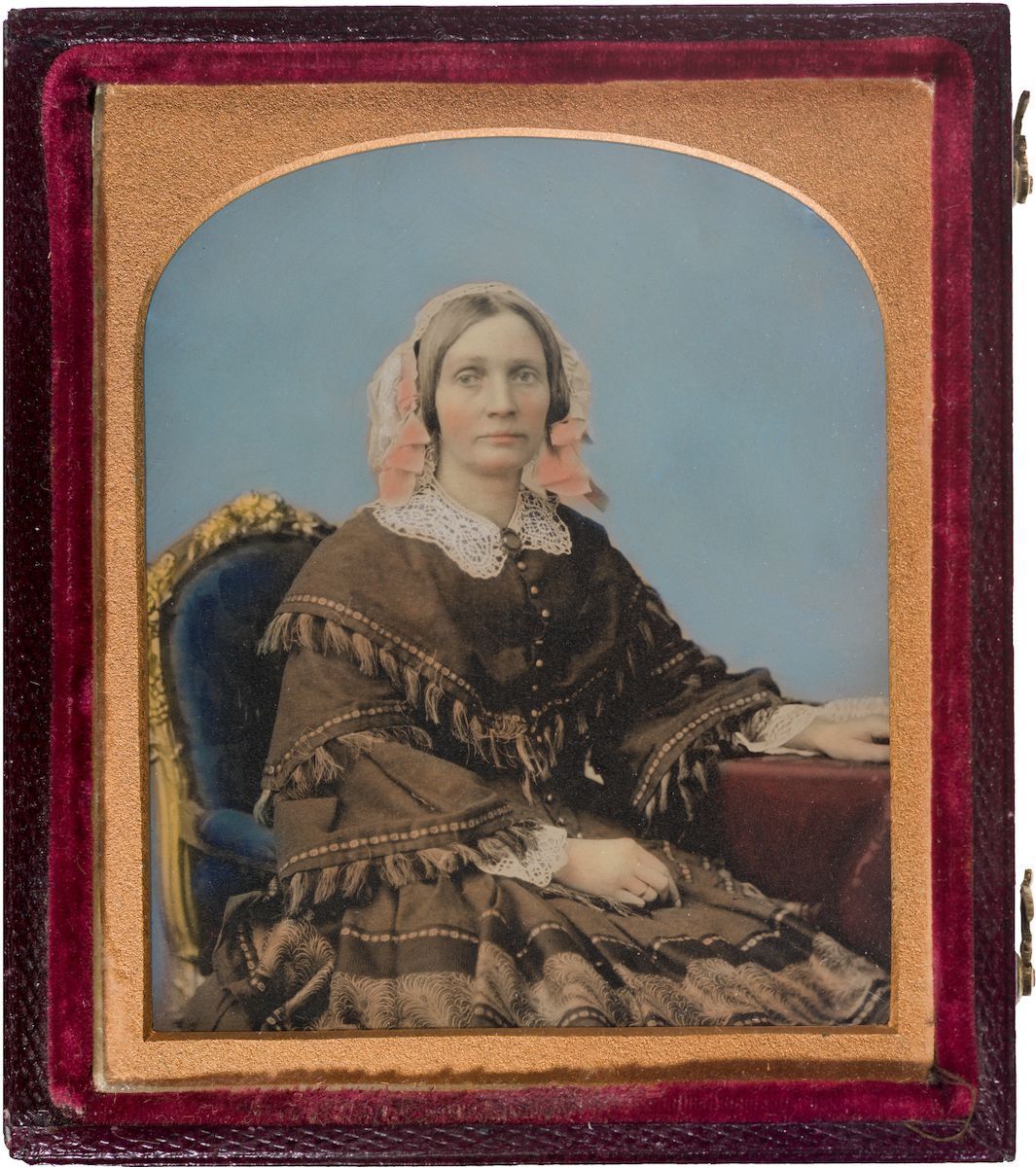 Margaret Robertson (née Whyte, 1811–1866) was the daughter of settlers George and Jessie Whyte, who emigrated to Van Diemen’s Land from Berwick, Scotland in 1832. In September 1834, Margaret married Scottish-born entrepreneur and landowner William Robertson (1798–1874), who had arrived in the colony in 1822 and who, in the decade leading up to his marriage, had acquired land nearby to a property owned by Margaret’s family. The first of Margaret and William’s seven children – four sons and three daughters – was born in 1835. The family resided in Hobart until the early 1860s, when Roberston relocated to his Victorian estate, where Margaret died in February 1866. 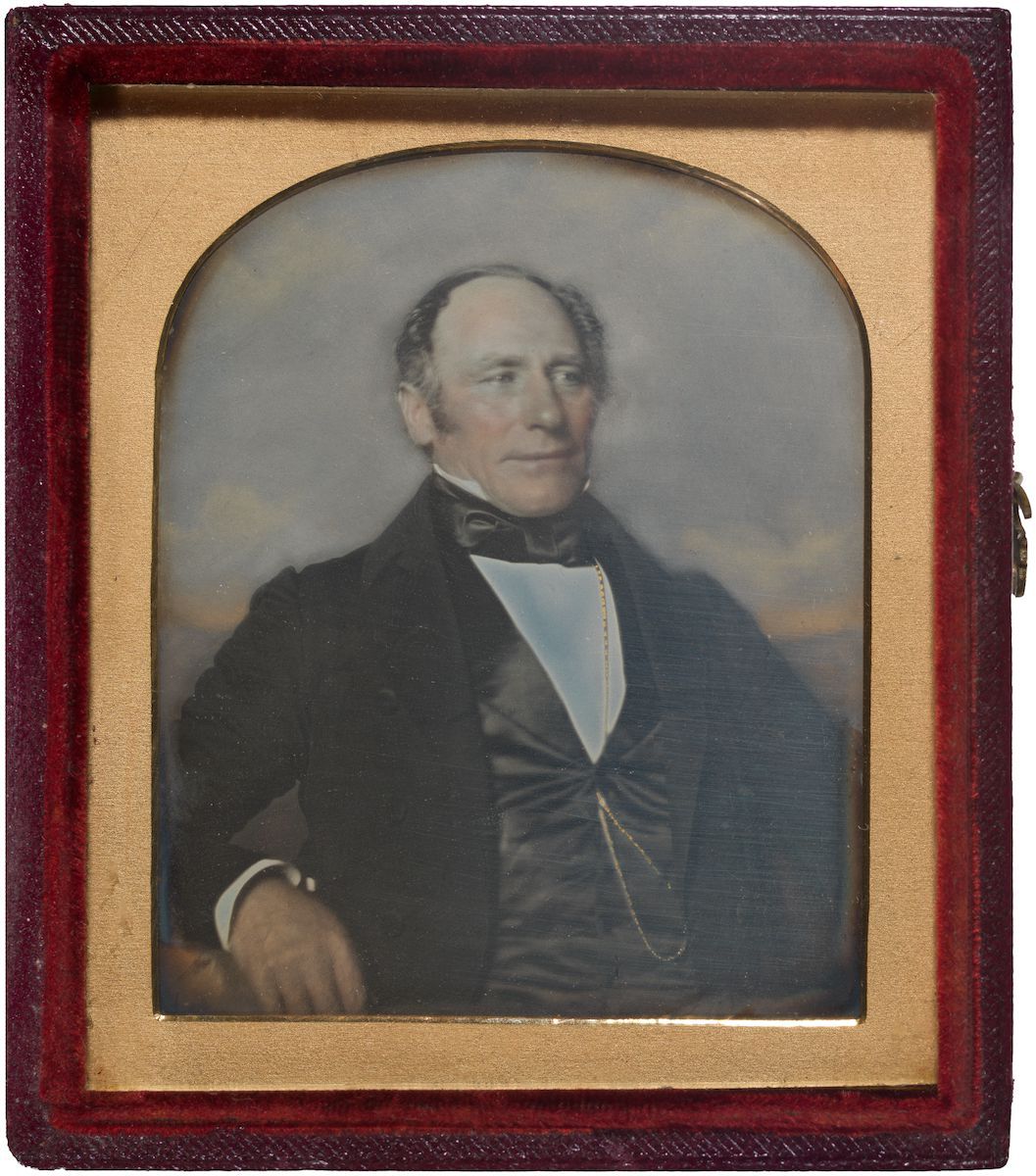 William Robertson (1798–1874), pastoralist and entrepreneur, was born in a village south of Inverness, Scotland, one of the eight children of farmer Donald Robertson and his wife Christina. With his brother, John, he emigrated to Van Diemen’s Land in 1822. They took up a 1400 acre land grant before establishing a business with their younger brothers, James and Daniel, on Elizabeth Street, Hobart, in 1832.

In September 1834, he married Margaret Whyte (1811–1866), the daughter of free settlers George and Jessie Whyte, who had emigrated from Scotland in 1832. The first of William and Margaret’s seven children – three daughters and four sons – was born in 1835. By this time, Robertson had amassed sufficient capital to join a number of other investors in a scheme to expand pastoral activities to the Port Phillip district. These investors – known as the Port Phillip Association – helped finance John Batman’s explorations of Port Phillip in 1835, during the course of which Batman made a so-called ‘treaty’ with the local Aboriginal people that became the basis for his land claim.

Robertson travelled to Port Phillip in 1836 and 1837, selecting land near present-day Sunbury and, later, Colac. By the late 1840s, he was a major landholder, his properties stocked with ‘the best bulls and cows that could be got in the colonies’. Robertson oversaw the operation of his pastoral empire from his home in Hobart until retiring from his business in 1852. He settled permanently at his Colac property, The Hill, in the 1860s, and was described on his death in 1874 as ‘a founder of Victoria’s fortunes’.

William Robertson was a significant patron of local artists. In 1849, he commissioned paintings of himself, Margaret, and their eldest child, Jessie, from Thomas Bock (1790–1855), an ex-convict who in the 1830s became one of Hobart’s most sought after portraitists. Bock was also one of the first practitioners of photography in Tasmania. Though it is not possible to firmly attribute this daguerreotype to Bock, it is reasonable to speculate that it may have been taken by him, given his association with the Robertson family. 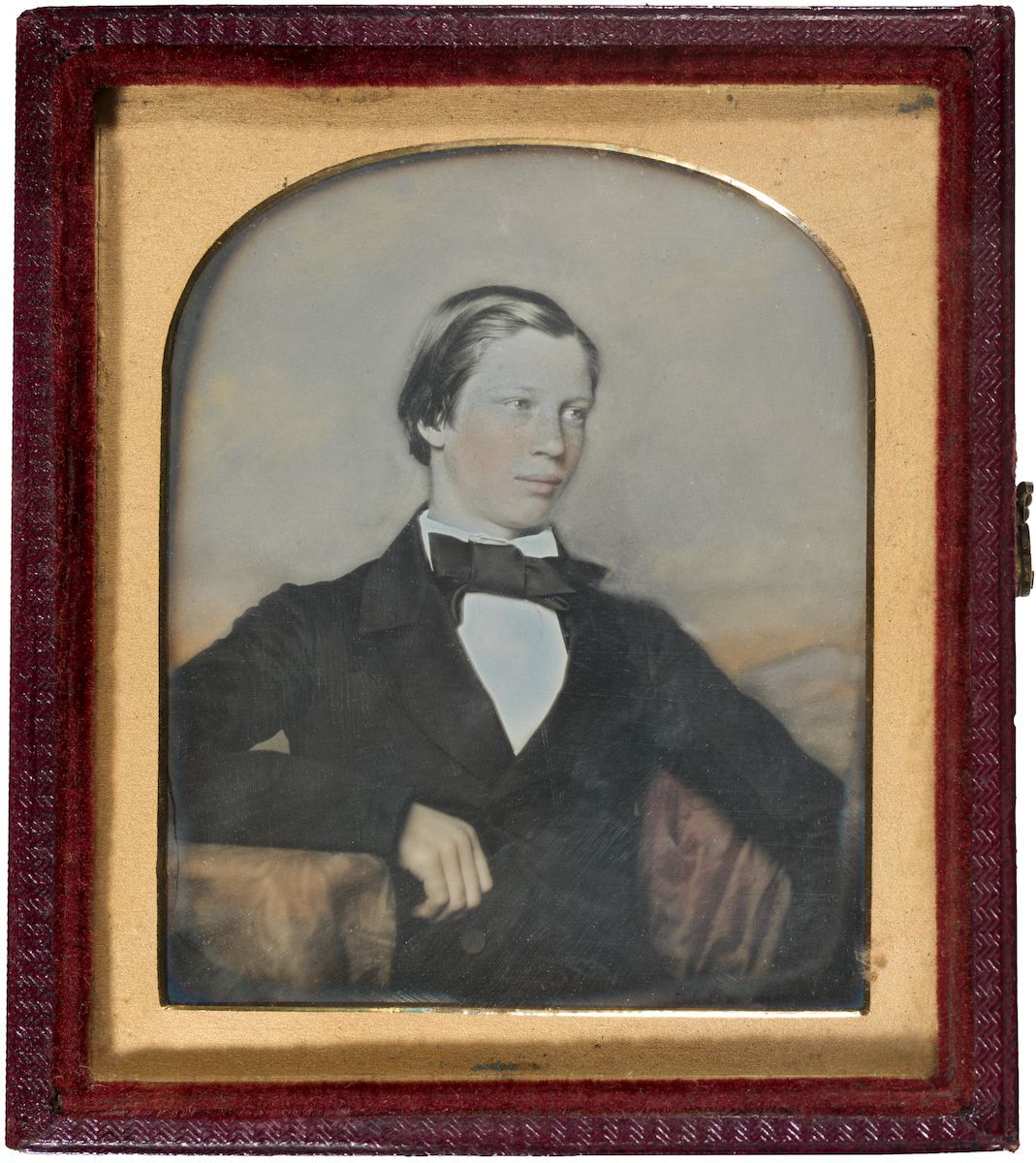 William Robertson (1839–1892), barrister and politician, was the third of the seven children of pastoralist William Robertson (1798–1874) and his wife Margaret (née Whyte, 1811–1866). Robertson was born and educated in Hobart and then at Wadham College, Oxford. 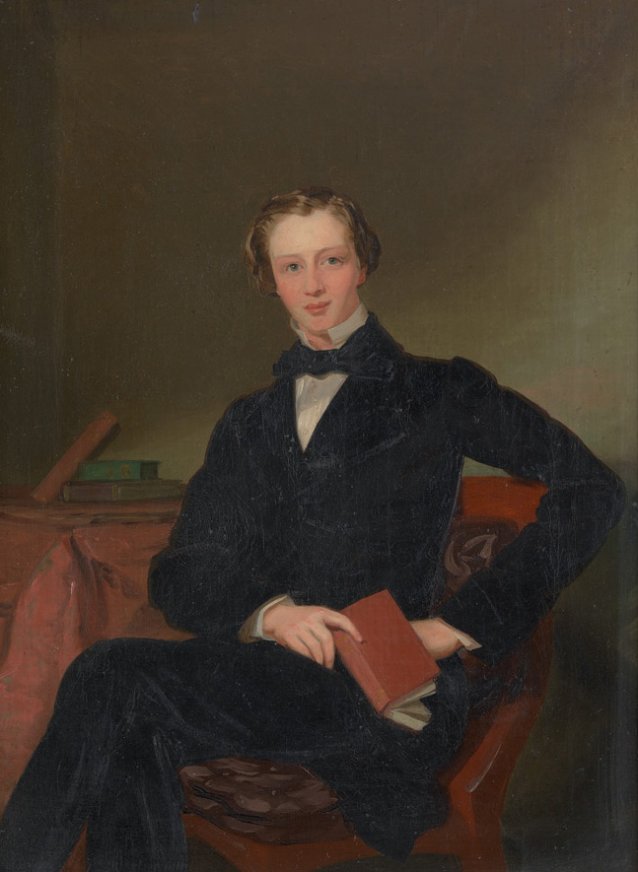 He is believed to be the first Australian to row in an Oxford eight, his team victorious against Cambridge in the Boat Race of 1861. Robertson graduated with a BA in 1862 and was married and called to the bar the following year. On his return to Australia, Robertson practised law in Hobart before heading to Victoria in 1864. He worked as a barrister in Melbourne and then assisted in the management of the family property, Corangamarah, which he and his three brothers jointly inherited on the death of their father in 1874. Robertson served as a member of the Victorian Legislative Assembly between 1871 and 1874 and again from 1881 to 1886; he was also President of the Colac Shire council in 1880–81. After the dissolution of the partnership with his brothers in 1885, Robertson became sole owner of Corangamarah, later called The Hill, and in retirement enjoyed the lifestyle of an ‘hospitable and sports-loving country gentleman.’ 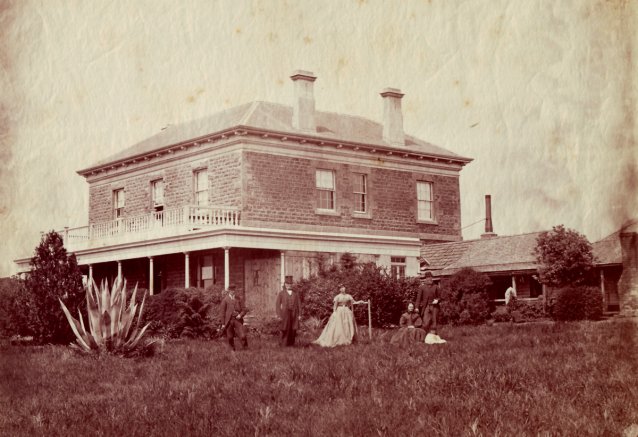