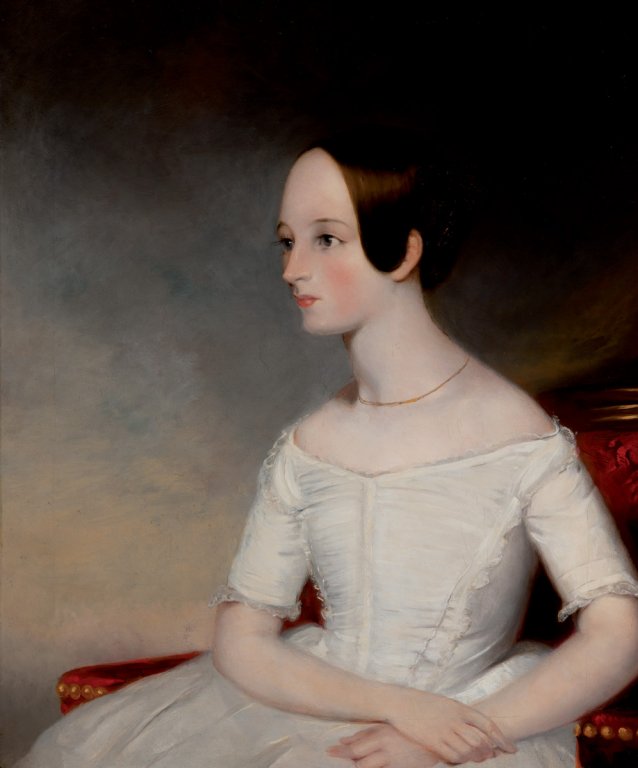 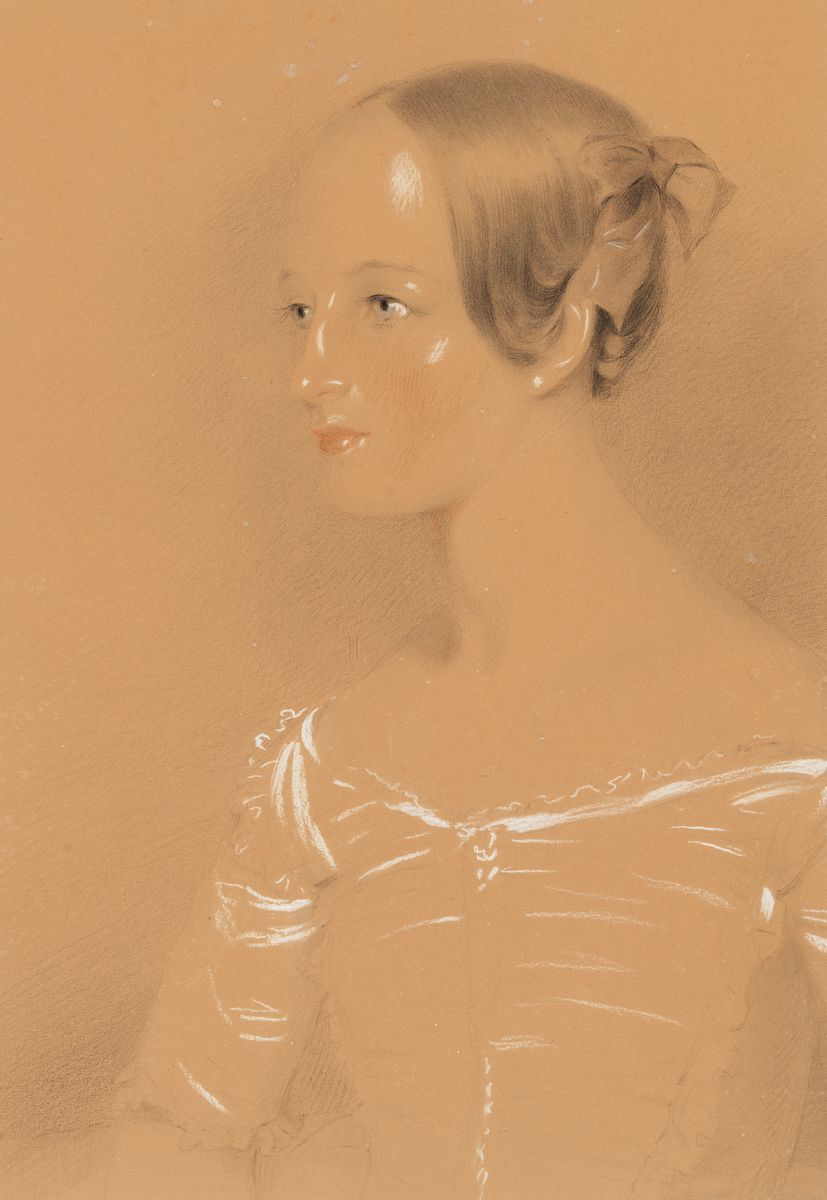 Jessie Robertson (1835–1849) was the eldest child of pastoralist and entrepreneur William Robertson (1798–1874) and his wife Margaret (née Whyte, 1811–1866). Scottish- born Robertson had emigrated to Van Diemen’s Land in 1822 and in the decade leading up to his marriage in September 1834 to Margaret, the daughter of Scottish free settlers, had developed substantial landowning and business interests in the colony. Jessie, the first of their seven children, was born the following year.

Like many other spectacularly successful settlers, Robertson became something of a patron of local artists. In 1849, he commissioned portraits from Thomas Bock of himself, his wife, and his brother, James, as well as a portrait of Jessie. This drawing is a preparatory study for the painting of Jessie, now in the collection of the Art Gallery of South Australia. In early December 1849 shortly after sitting for this portrait, Jessie died, aged fourteen, at the Robertson family home in Hobart, a memorial notice in the Colonial Times referring to her having suffered ‘a long and severe affliction.’

Thomas Bock (1790–1855), arrived in Hobart in January 1824, transported for fourteen years for his part in attempting to cause the miscarriage of a child conceived as a result of his seducing a young woman. At the time of his conviction, Bock was thirty-two, married and father to five children. As stated in his convict record, he had ‘served an apprenticeship to the Engraving Business’ and worked in Birmingham as a ‘portrait painter and engraver’. The colonial authorities therefore found immediate use for Bock, some of his earliest Tasmanian works being bank notes he engraved for the Bank of Van Diemen’s Land and drawings of executed criminals, made at the request of the Colonial Surgeon. After attaining a free pardon in 1833 he became Hobart’s most sought- after portraitist. Among his most significant works are his series of watercolours depicting Trukanini, Manalargenna and other Indigenous leaders, painted in the 1830s; and his 1842 portrait of Mathinna (see my other post here), an Aboriginal girl taken from her family in 1839 at the direction of Sir John and Lady Jane Franklin and sent to live at Government House in Hobart. Bock’s diverse output incorporated printmaking, drawing, watercolour and pastel as well as oil painting and photography. On his death in Hobart in March 1855 he was described as ‘an artist of a very high order’ whose works ‘adorned the homes of a number of our old colonists and citizens’.

See more about Jessie’s family on my other post here.