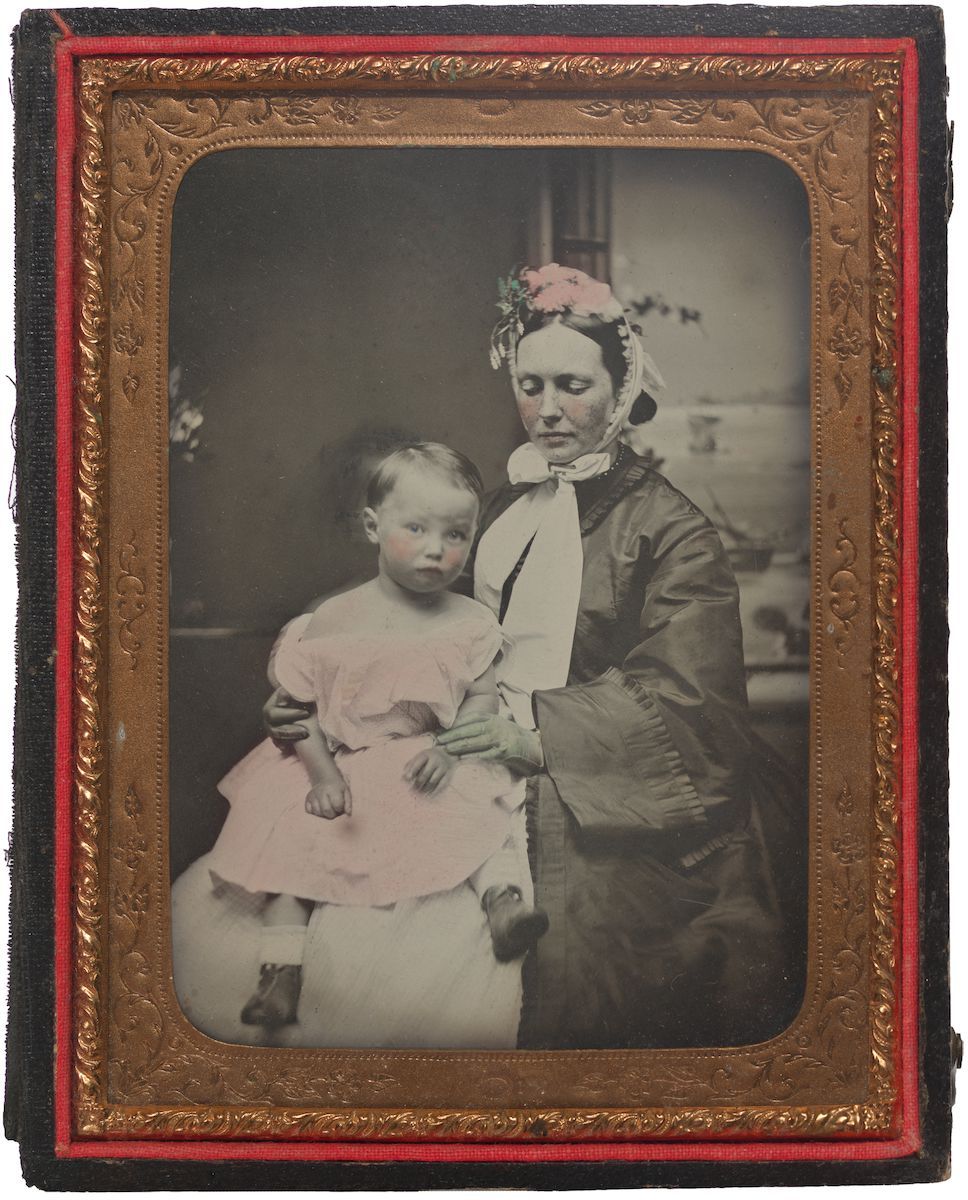 This work is one of six photographs donated to the National Portrait Gallery in 2011 by the descendants of William Robertson (1798–1874), a key player in the settlement of Victoria in the 1830s. A farmer’s son, Robertson came to Van Diemen’s Land in 1822 and took up land before going into business with his brothers in an emporium in Hobart. In September 1834, he married Margaret Whyte (1811–1866), the daughter of fellow Scottish settlers. In 1835, Robertson joined a number of other investors in a scheme to expand pastoral activities into the Port Phillip district. Over the course of the next decade, he became a major landholder in the new colony, with substantial holdings in the area around Colac. He oversaw the operation of his pastoral empire from his Hobart home until 1852 and settled permanently at his Victorian property, Corangamarah, later called The Hill, in the early 1860s.

The group of donated Robertson family photographs includes hand-coloured daguerreotypes of William and Margaret, and of their second eldest son, William junior (1839–1892). (see my other post here) Also in the group are three ambrotypes: a portrait of Margaret; and two others that were previously thought to have been a portrait of Margaret with one of her children, and this work – a smaller, individual portrait of the same child, who appears in both photographs to be no more than three years old. Ambrotypes, however, were not available in Australia prior to 1854, six years after the birth of William and Margaret’s youngest child. This would indicate that the child depicted here may be one of the Robertson grandchildren and dates from the early 1860s.