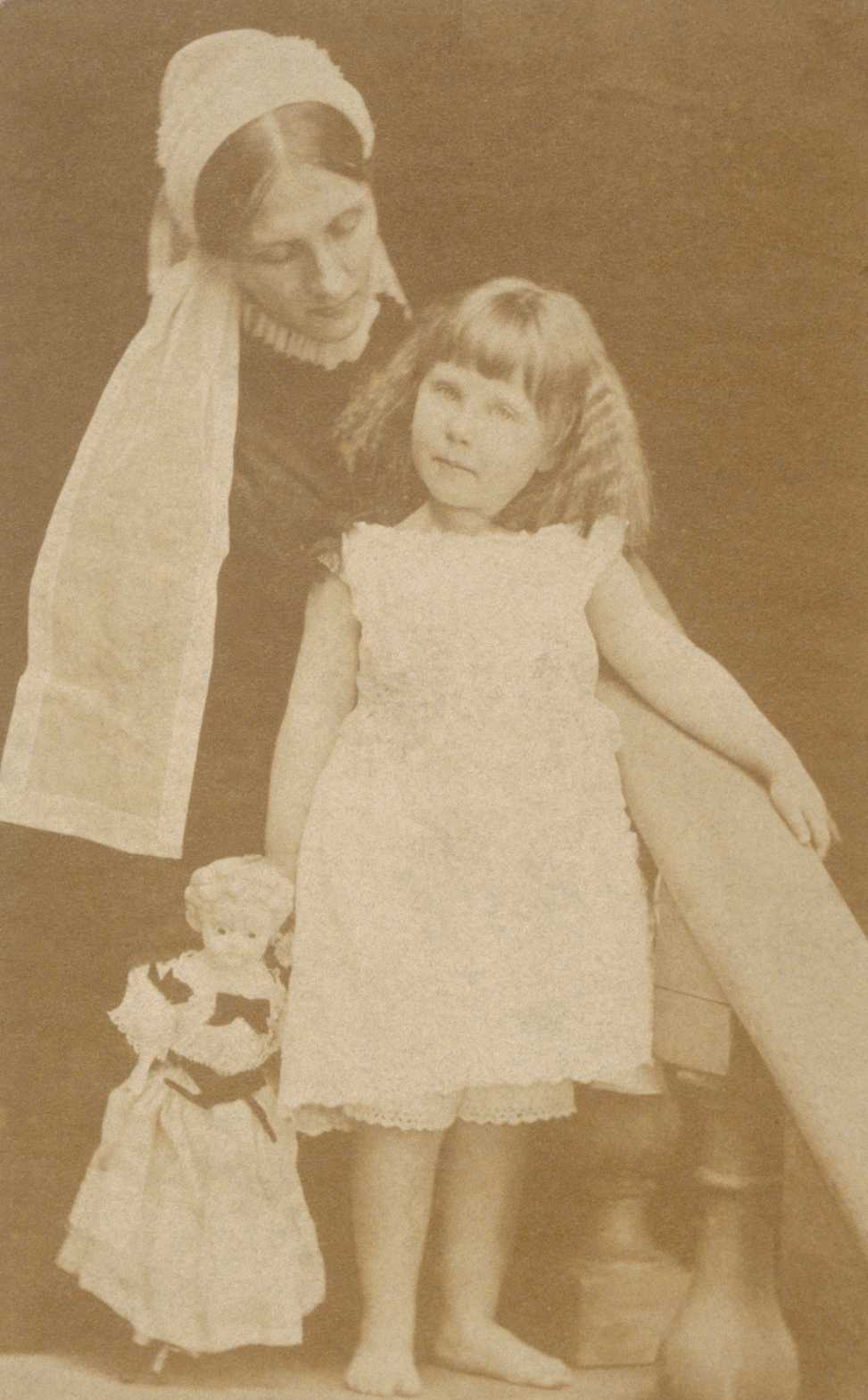 What seems like a tender mother and daughter image is in fact a portrait of deep mourning. Julia Duckworth (nee Jackson) mourns the sudden death of her beloved husband Herbert Duckworth.

The child, Stella Duckworth (1869-1897) was born on 30 May 1869. She was Julia and Herbert Duckworth’s second child and was one year old when her father died. Julia is dressed in mourning in this picture with Stella, aged three or four. During Julia’s widowhood, “a cloud rested even upon her maternal affections,” according to her second husband Leslie Stephen. “It seemed to me at the time that she had accepted sorrow as her lifelong partner.”

Julia wears a similar outfit in my other posts here and here.