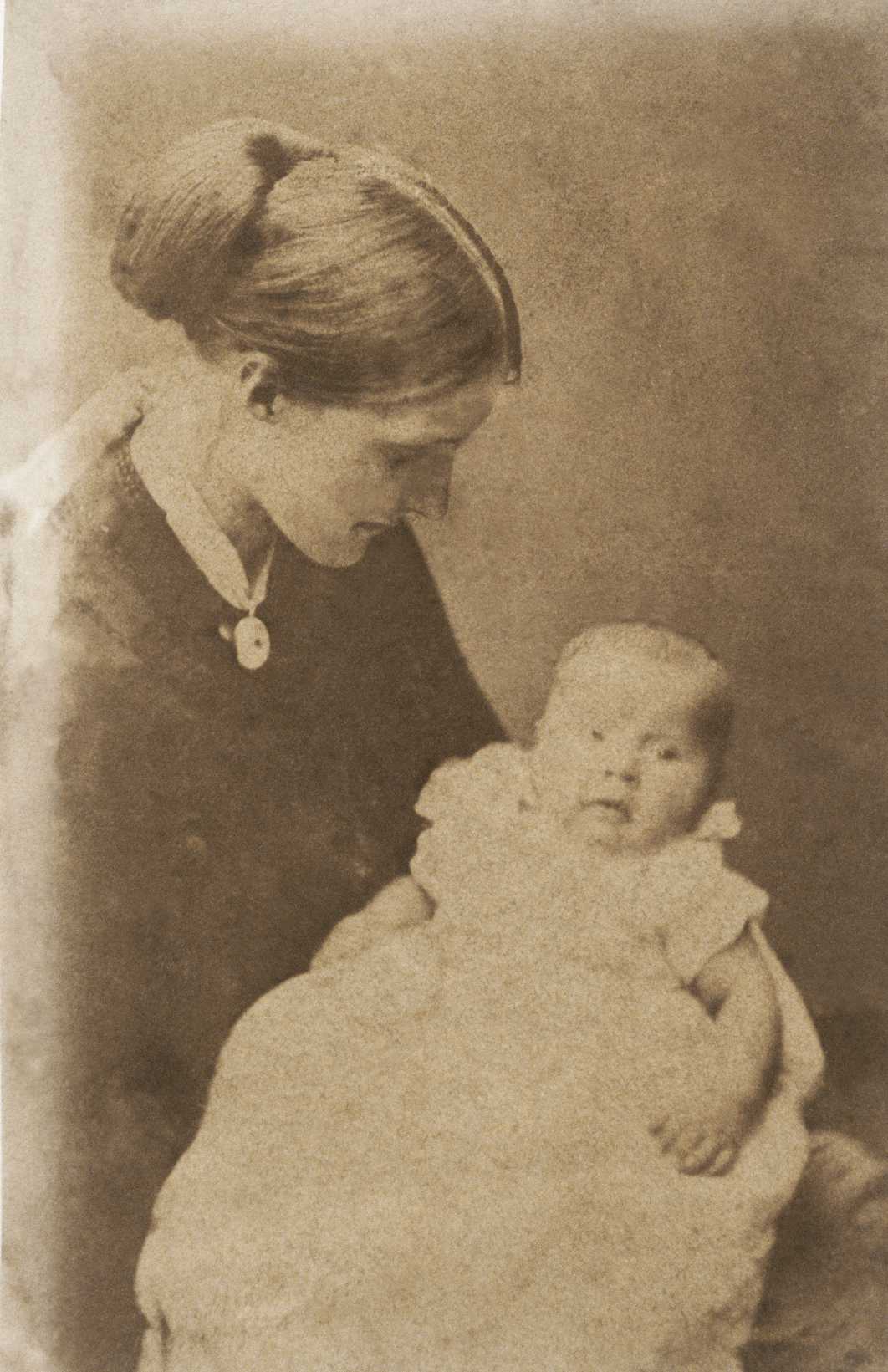 Julia’s first child, George Herbert Duckworth (1868-1934), was born on 5 March 1868. After he was educated at Eton and Cambridge he went on to become the private secretary to Austen Chamberlain in 1902. Obsessed with decorum, George was a member of polite society. In September 1904, he married Lady Margaret Leonora Evelyn Selina Herbert, the second daughter of the fourth Earl of Carnarvon, with whom he had three sons. George was devoted to his mother and was at her bedside when she died unexpectedly on 5 May 1895 of rheumatic fever.

After his mother’s death, George sexually abused his half-sister, Virginia, according to Virginia Woolf’s private memoirs. The exact nature of this abuse is not known, but it was sufficient enough to traumatize Woolf and probably contributed to her mental instability and to her sexual inhibitions throughout her life.

There is another photo of George on his mother’s lap on my other post here.