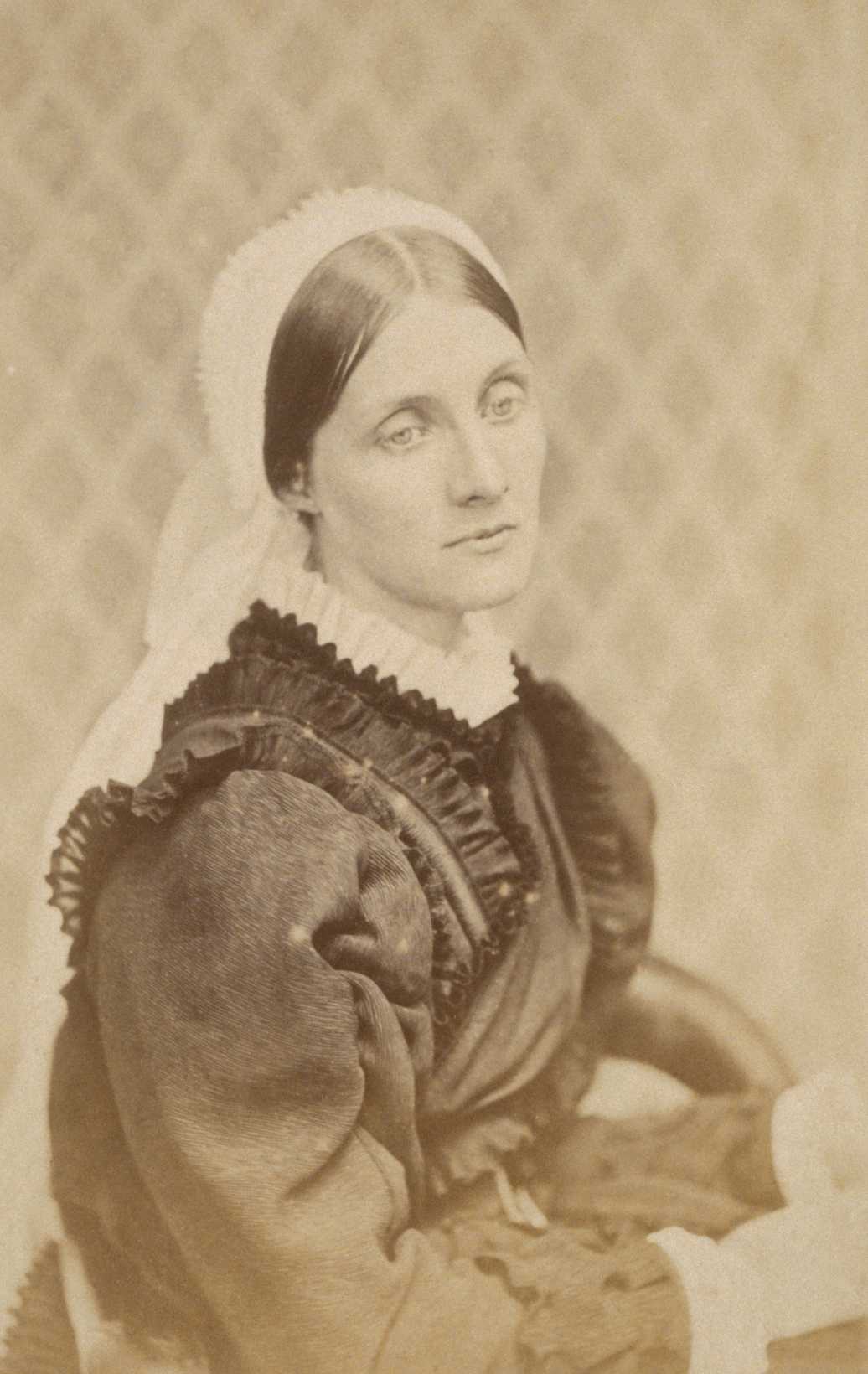 Julia’s first husband Herbert Duckworth died unexpectedly in September 1870 at the age of thirty seven on a trip to Wales. Julia and Herbert Duckworth were visiting Julia’s sister Adeline and her husband Henry Halford Vaughan at Upton Castle, Pembrokeshire. Herbert stretched to pick a fig, burst an abscess, and died within twenty-four hours. Julia was eight months pregnant at the time. As she later told her second husband Leslie Stephen: “I was only 24 when it all seemed a shipwreck, and I knew that I had to live on and on… And so I got deadened.”

In this picture, Julia is dressed in mourning. “She became a kind of sister of mercy. Whenever there was trouble, death or illness in her family, the first thing was to send for Julia, whether to comfort survivors or to nurse the patients.”

She wears a similar attire in the series of photographs by her aunt Julia Margaret Cameron, see my other post here.