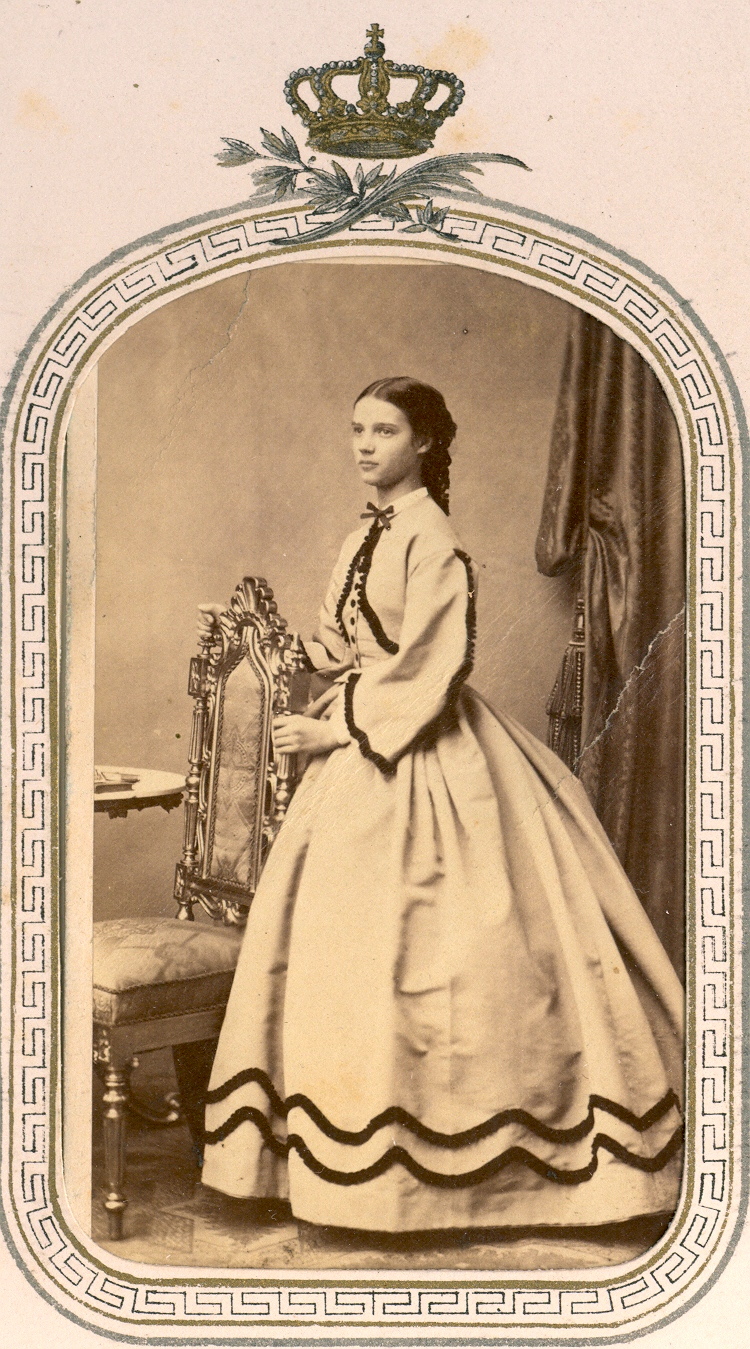 Maria Feodorovna (26 November 1847 – 13 October 1928), christened Dagmar, was a Danish princess and Empress of Russia as spouse of Tsar Alexander III (reigned 1881–1894). She was the second daughter of King Christian IX of Denmark and Louise of Hesse-Cassel; her siblings included Alexandra (Queen Consort of the United Kingdom), King Frederick VIII of Denmark and King George I of Greece. Her eldest son became the last Russian monarch, Emperor Nicholas II of Russia, whom she outlived by ten years.

Below a family photo where Dagmar is wearing the same dress, far left. The photo features her father Christian IX, King of Denmark, her mother and her many siblings: