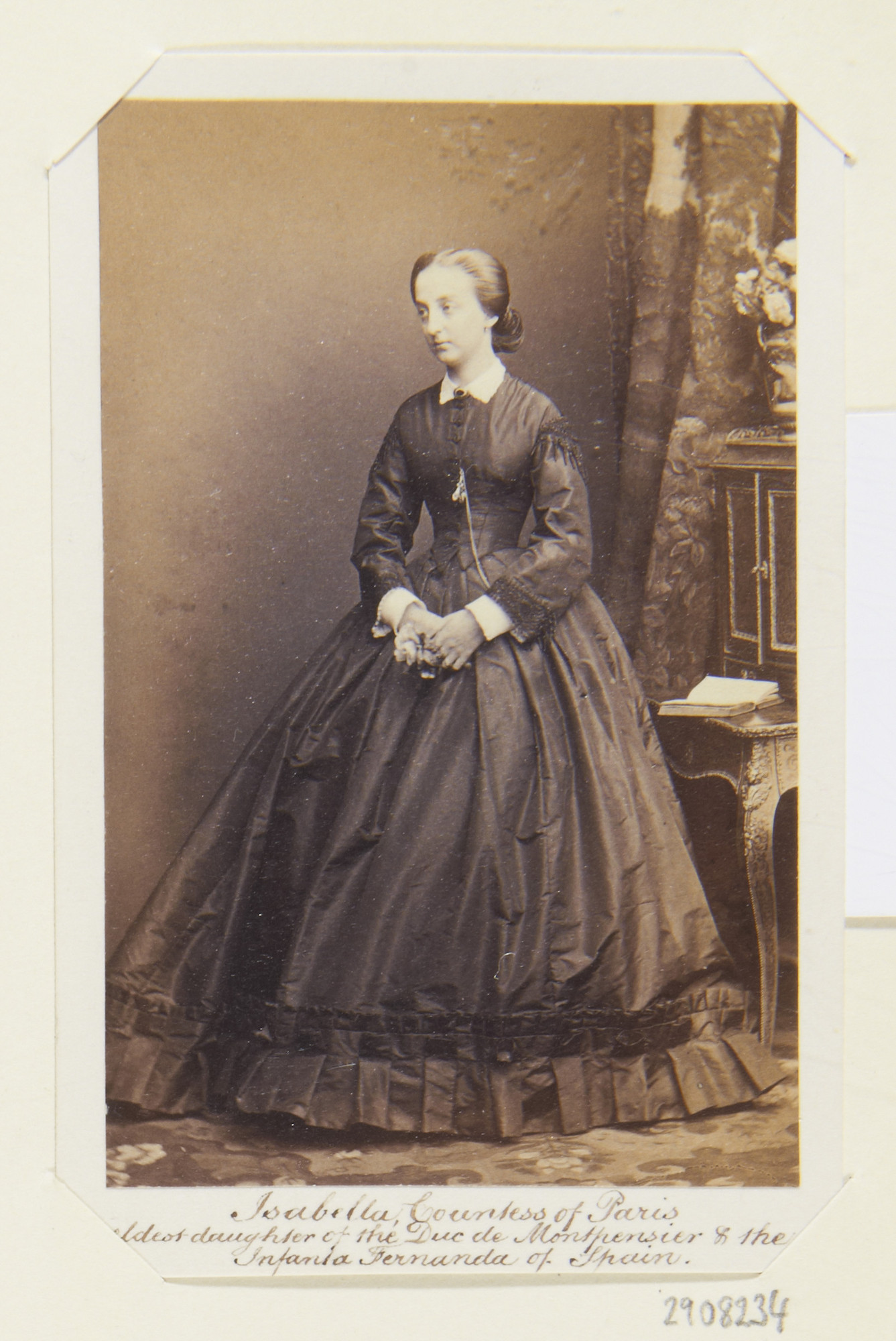 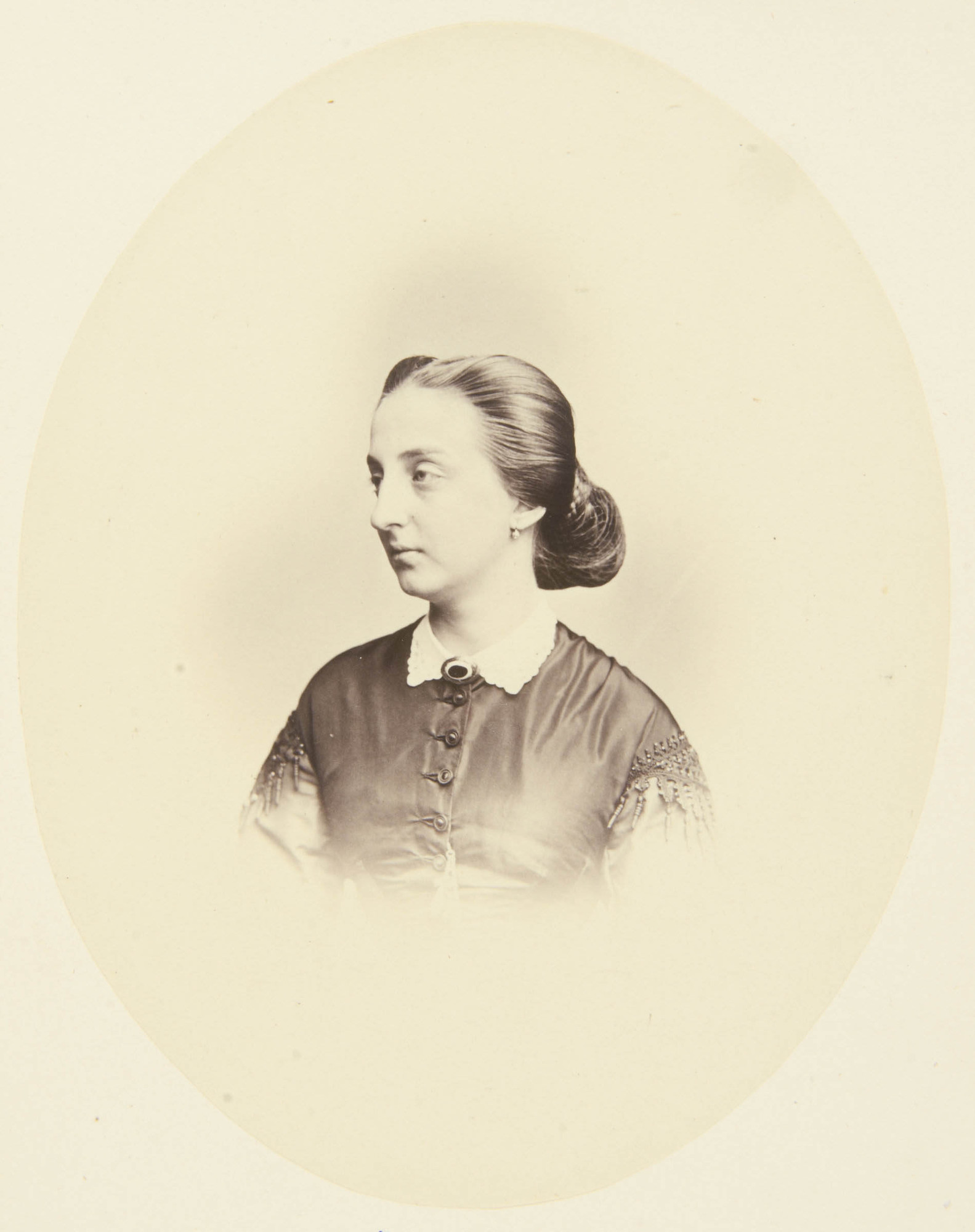 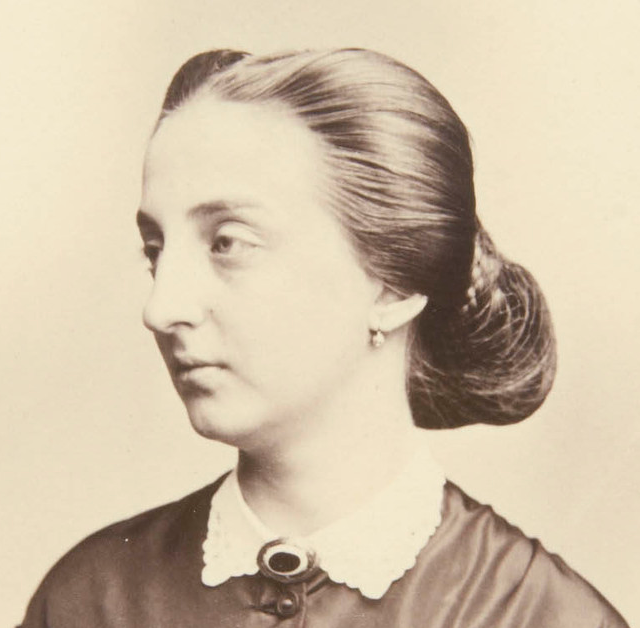 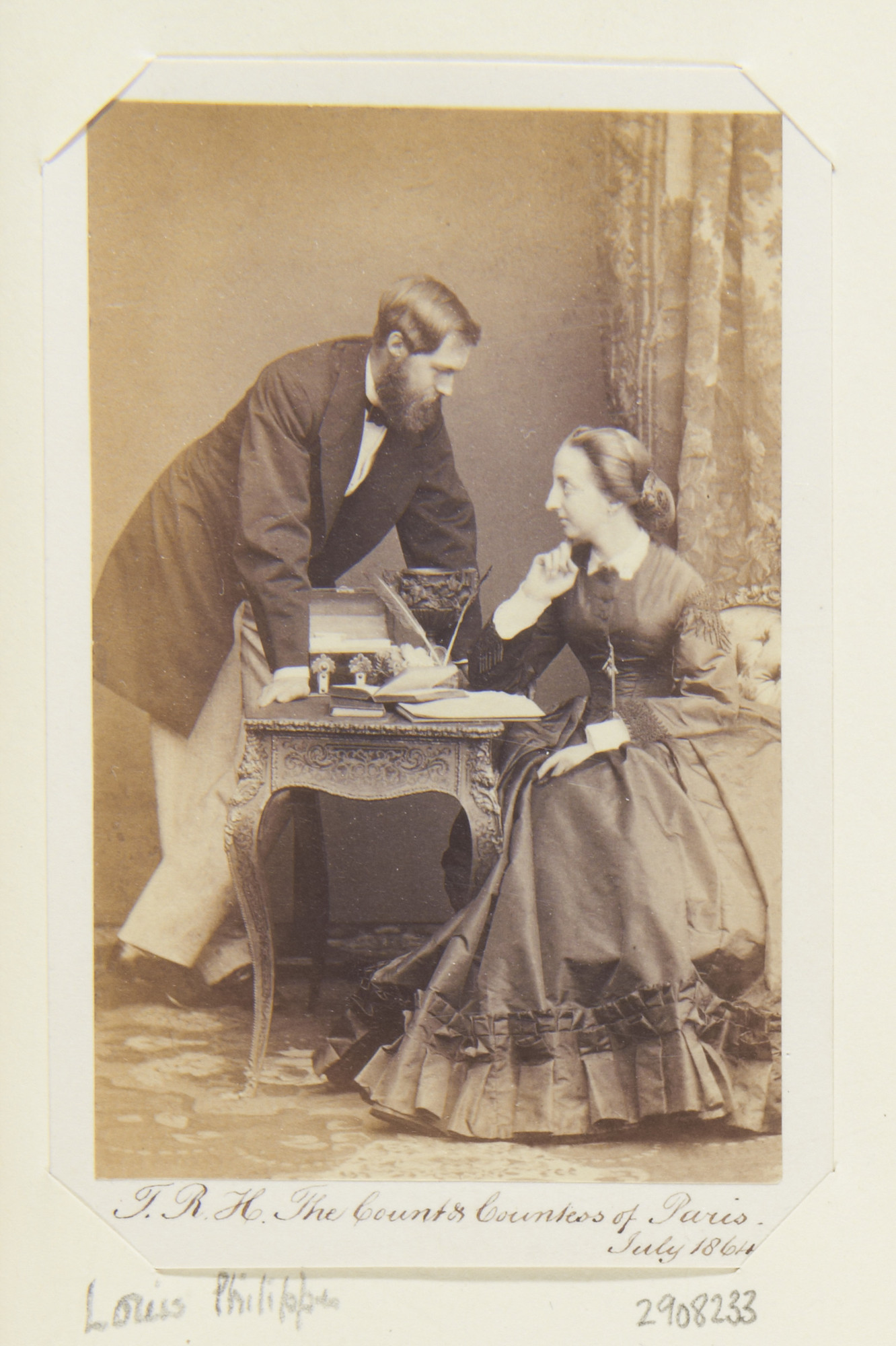 Marie Isabella, Countess of Paris, the eldest daughter of the Duc de Montpensier and the Infanta Fernanda of Spain. Louis Philippe, Count of Paris (1838-94), and Marie Isabelle, Countess of Paris (1848-1919). The Count is standing with his left leg crossed over his right leg. His hands are placed on a table in front of him, which he is leaning over. He is looking down at the Countess who is sitting in left side profile with her right arm supported by the table. There are also books and writing equipment, including a quill, placed on the table. A curtain is hanging behind the Countess on the right of the photograph. This is the Count of Paris as a baby, see my previous post here.