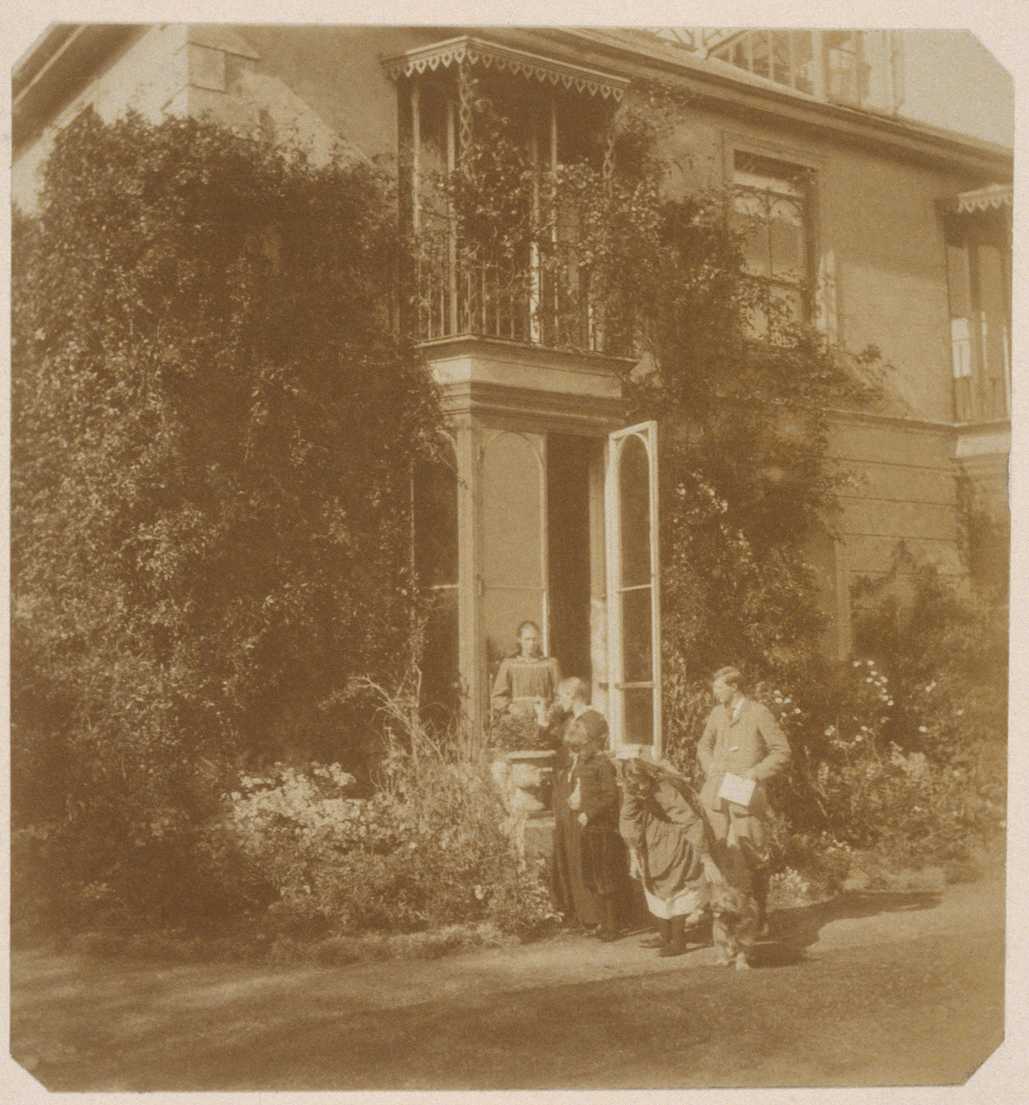 In this photograph, Julia Stephen and her children are standing outside the dining room window at Talland House. Virginia Woolf is bending down to pet their dog. This was their last summer at St. Ives. Julia would die the following year. On this photo she was about 48 years old. 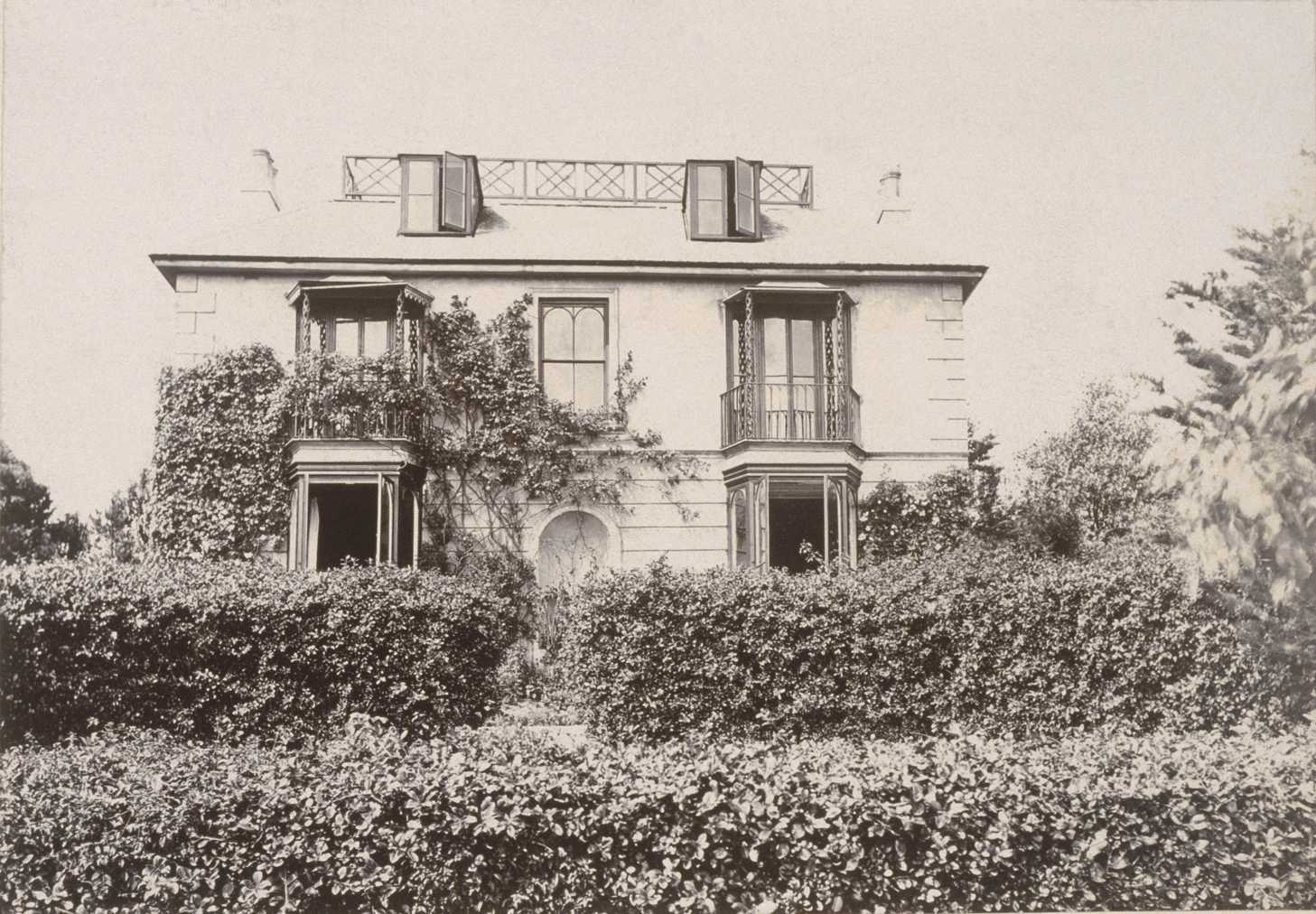 This is the front view of Talland House at St. Ives in Cornwall, England, where the Stephen family spent their summers. “The pleasantest of my memories… refer to our summers, all of which were passed in Cornwall, especially to the thirteen summers (1882-1894) at St. Ives. There we bought the lease of Talland House: a small but roomy house, with a garden of an acre or two all up and down hill, with quaint little terraces divided by hedges of escallonia, a grape-house and kitchen-garden and a so-called ‘orchard’ beyond.”