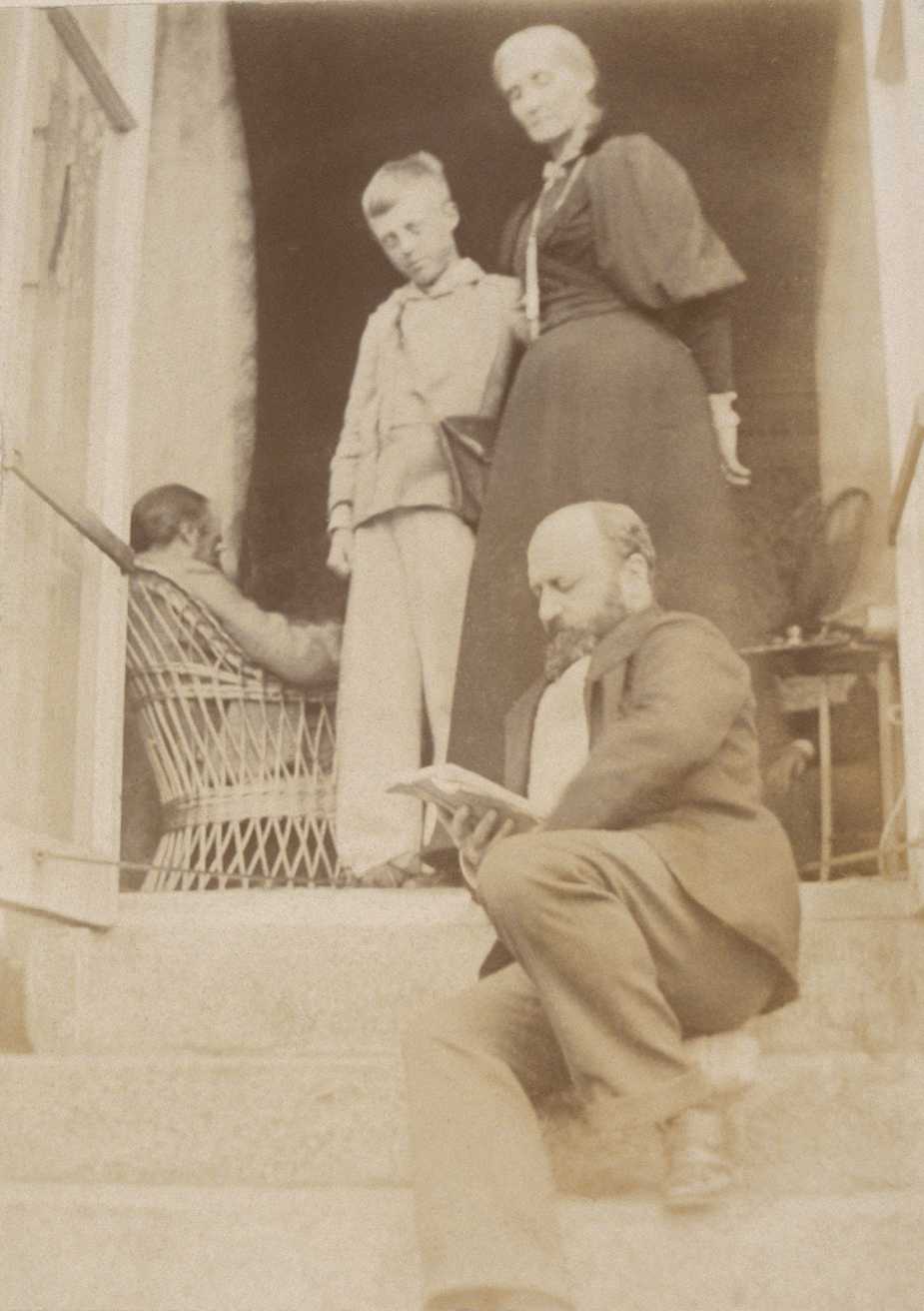 Henry James is seen here reading on the steps of Talland House with Adrian and Julia Stephen standing above. Other guests to Talland House included Joseph Wolstenholme, who “consoled himself with mathematics and opium.” Julia’s friend, Mrs. Vernon Lushington, also stayed at Talland House and “her daughter Kitty became engaged to Leo Maxse at St. Ives in 1890.” In his memoir, Leslie recalled: “My Julia was of course, though with all due reserve, a bit of a matchmaker.”