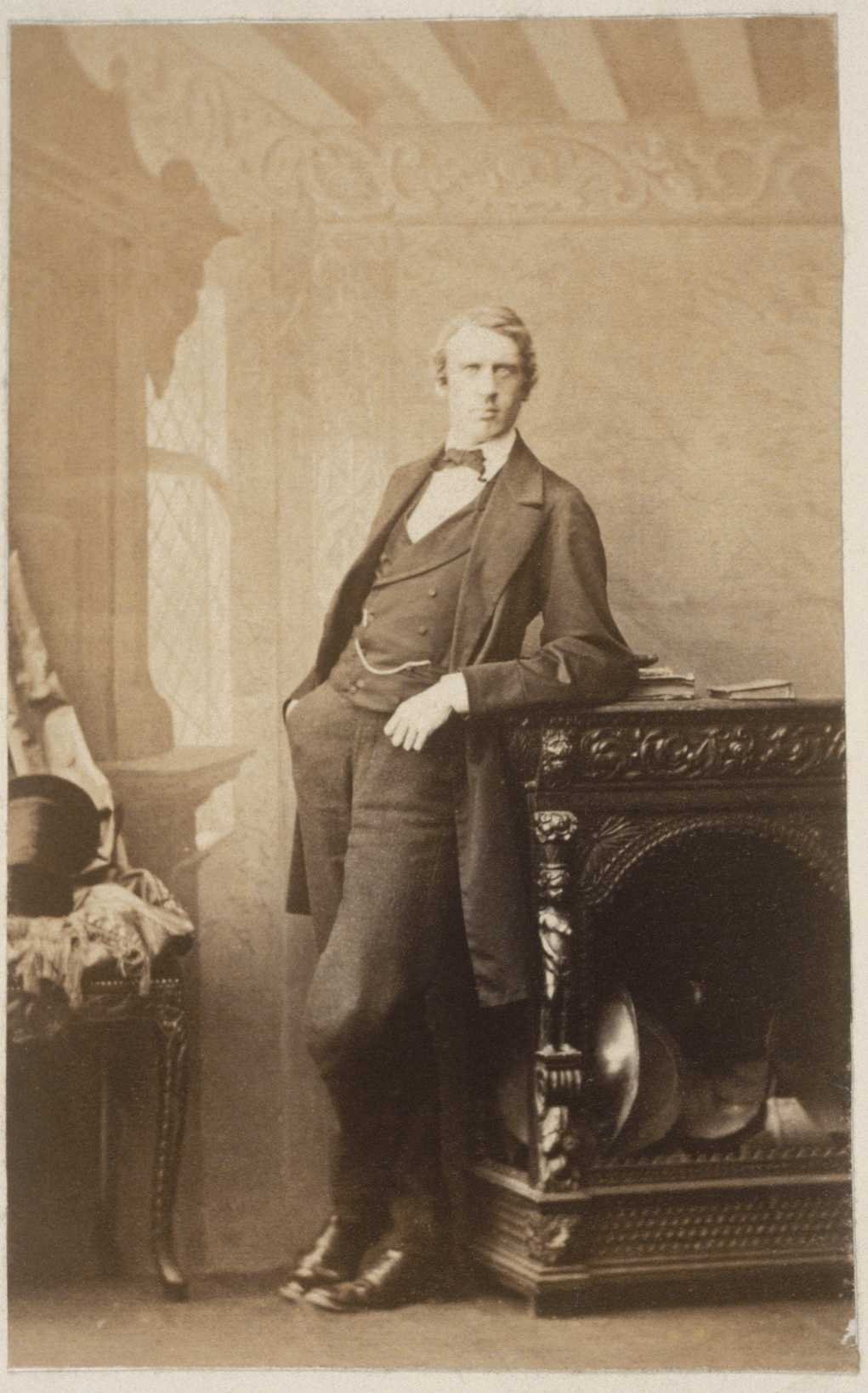 The clean-shaven bachelor, Leslie Stephen (1832-1904), leans against a table in this studio photograph by Camille Silvy. While he was a tutor at Cambridge, Leslie Stephen took an interest in the Boat Club: “I coached our boat till it became head of the river.” Stephen continued to row for pleasure throughout his life.

His second wife was Julia Jackson, with whom he had four children, one of which was Virginia Woolf.