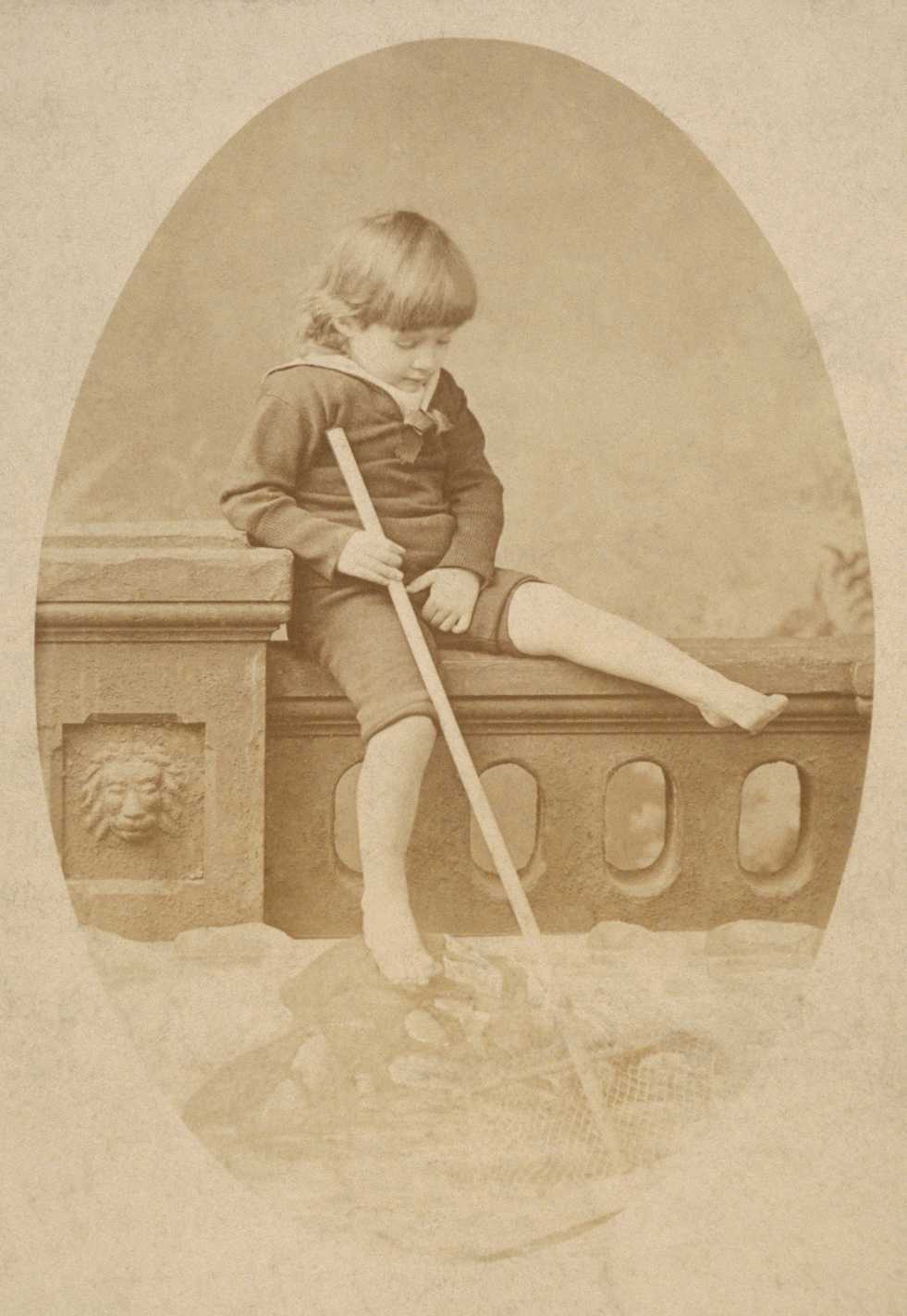 Leslie and Julia Stephen’s second child was born on 8 September 1880. Julian Thoby Stephen (1880-1906), was named after his mother and Julia’s uncle, H. Thoby Prinsep. As a small child, Julia lived with the Prinsep family at Little Holland House until her father returned from India.

Thoby Stephen, aged four or five in this studio portrait, is seated on a balustrade holding a shrimping net. Like his father, Thoby rowed and excelled “as an essayist” at Cambridge. Thoby died of typhoid fever in 1906.