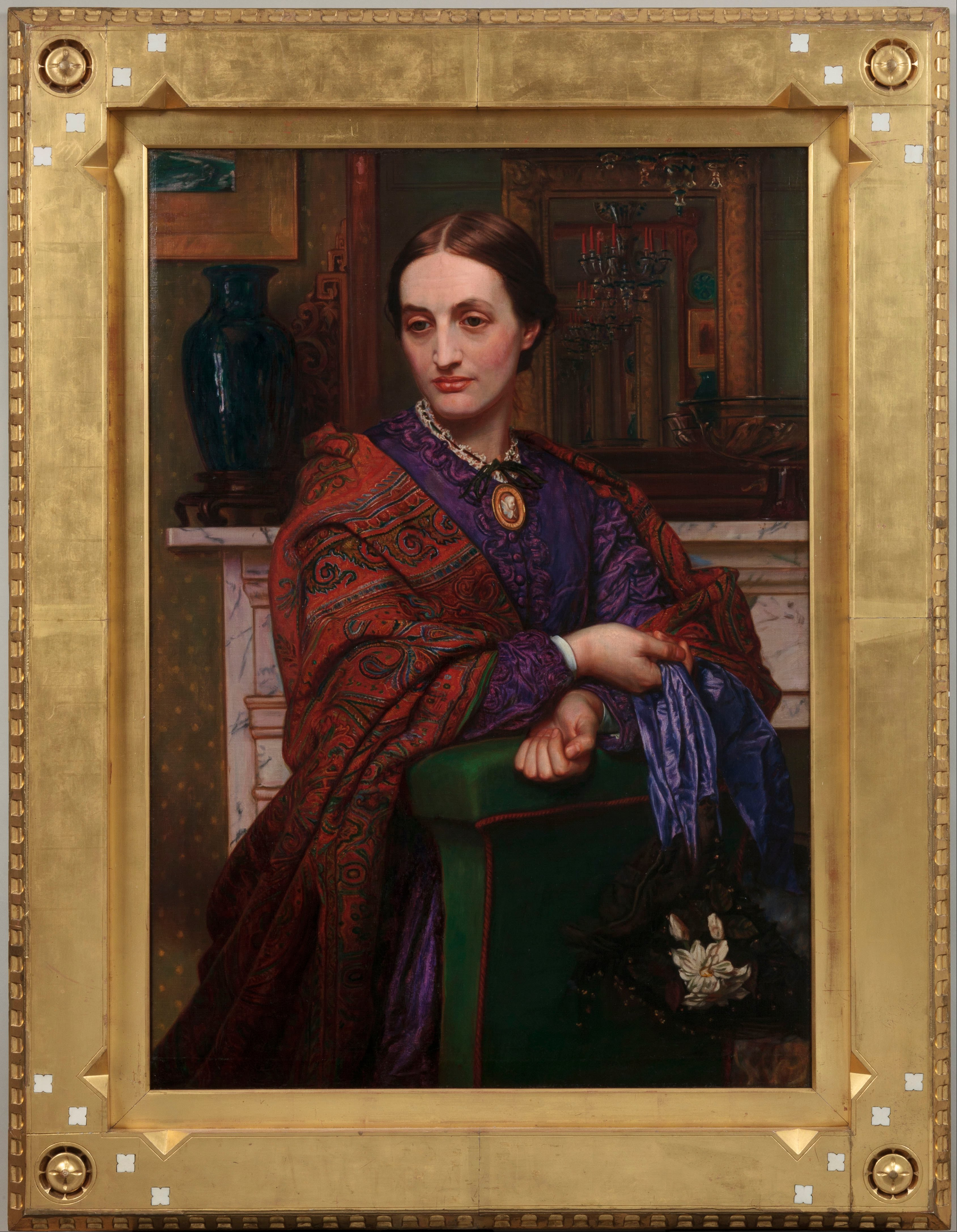 This posthumous portrait might have been inspired by these photos of Fanny, taken just before her marriage in December 1865, see my other post here.

In December 1865 William Holman Hunt married Fanny Waugh, the daughter of a prosperous chemist. The following August they left England for the East but a cholera outbreak forced them to settle in Florence. Fanny gave birth to a son, Cyril, soon after their arrival, but she never recovered her strength and died eight days short of their first anniversary. Hunt channelled his grief into the life-sized picture of a woman mourning her murdered lover, Isabella and the Pot of Basil (1868), from the poem by John Keats.

William Holman Hunt married twice. After a failed engagement to his model Annie Miller, he married Fanny Waugh, who later modelled for the figure of Isabella. When she died in childbirth in Italy he sculpted her tomb at Fiesole, having it brought down to the English Cemetery, beside the tomb of Elizabeth Barrett Browning. His second wife, Edith, was Fanny’s sister. At this time it was illegal in Britain to marry one’s deceased wife’s sister, so Hunt was forced to travel abroad to marry her. This led to a serious breach with other family members, notably his former Pre-Raphaelite colleague Thomas Woolner, who had once been in love with Fanny and had married Alice, the third sister of Fanny and Edith.