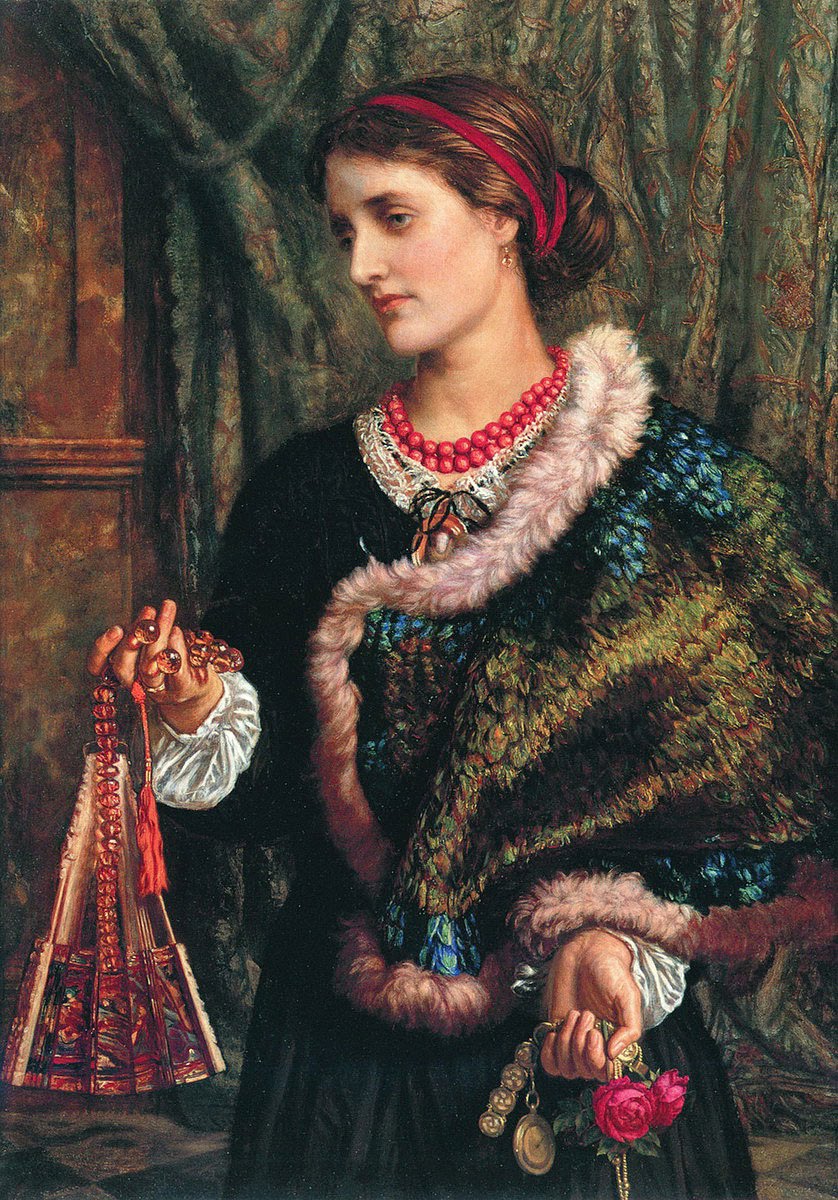 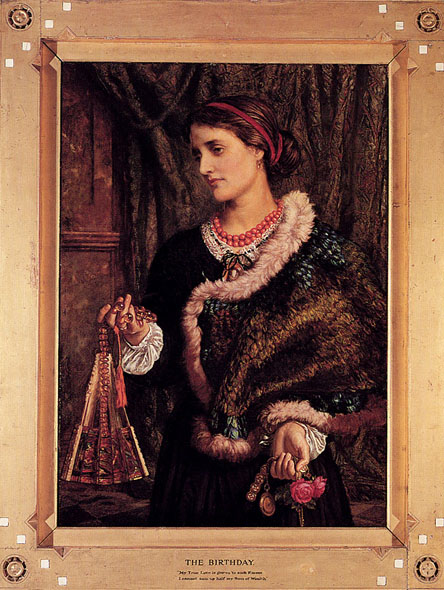 The Birthday by William Holman Hunt, 1868

The Birthday (1868) is a striking portrait of the artist’s sister-in-law, Edith Waugh, on her twenty-first birthday, surrounded by gifts. They include a cameo, which Holman Hunt had originally given to his first wife, Fanny Waugh, Edith’s sister. (See my other post here for a photo of Fanny wearing that same cameo).

Edith had become a surrogate mother to Fanny and William’s son Cyril, and seven years after this painting, Edith and Hunt (age 48) were married in Switzerland – because English law (the Table of Affinities) forbade their marriage. Incidentally, Edith and Hunt, who by then was quite prominent, campaigned against this ridiculous prohibition, and in 1907 Parliament passed the Deceased Wife’s Sister’s Marriage Act, which sanctioned their union.