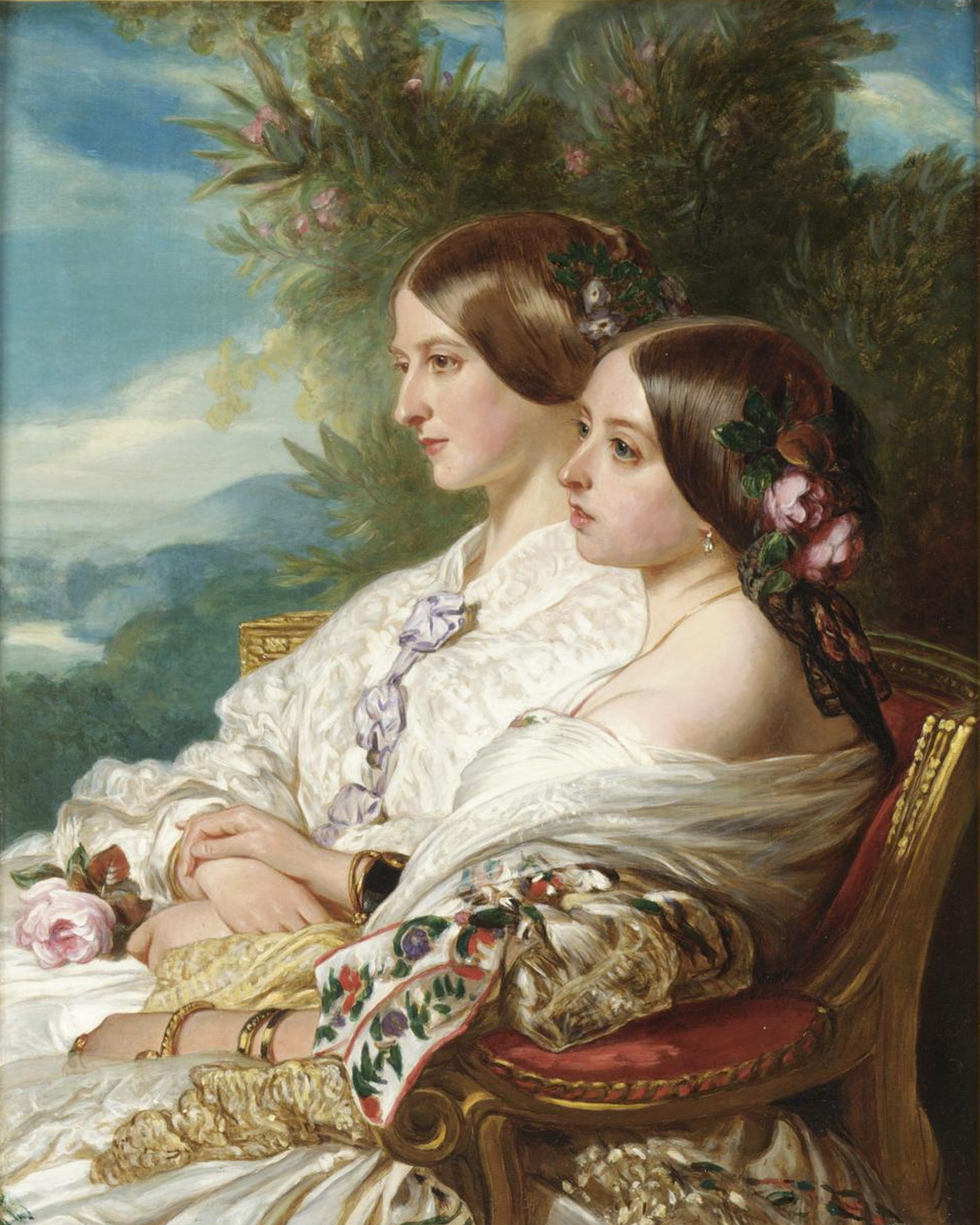 Queen Victoria and her first cousin, the Duchess of Nemours by Franz Xaver Winterhalter, 1852

The Duchess was a close and beloved cousin of both Queen Victoria and Prince Albert. She was a childhood playmate of the Prince’s at Rosenau, his German home, and considered by the Queen to be a bosom friend ‘like a dear sister to us’ and called ‘my beloved Vic’. As well as sharing first names both the Queen and the younger Duchess had married in the same year, 1840. In 1852 the Queen commissioned the painter Franz Xavier Winterhalter (1805-1873) to portray the namesake cousins holding hands as a birthday present for the Duchess’s other cousin Prince Albert. Five years later, after the Duchess’s death, the Queen wrote that she had been: “so dear, so good, one of those pure, virtuous unobtrusive characters who make a home peaceful, cheerful and happy”.

Queen Victoria is 33 years old and the Duchess 30 years old on this painting. They look much younger than their age suggests. On the photograph of the Duchess, taken in the same year as this painting, she looks much more like a real woman of flesh and blood, and to be honest: much more plain (see my other post here). The type of paintings such as the above one are often so far from the reality and very much idealized that they irritate me sometimes. I always prefer the photographs to these almost allegorical portrayals. And this photo, only five years later than the above painting, depicting the Duchess on her deathbed, certainly leaves little room for idealizations (see my post here).