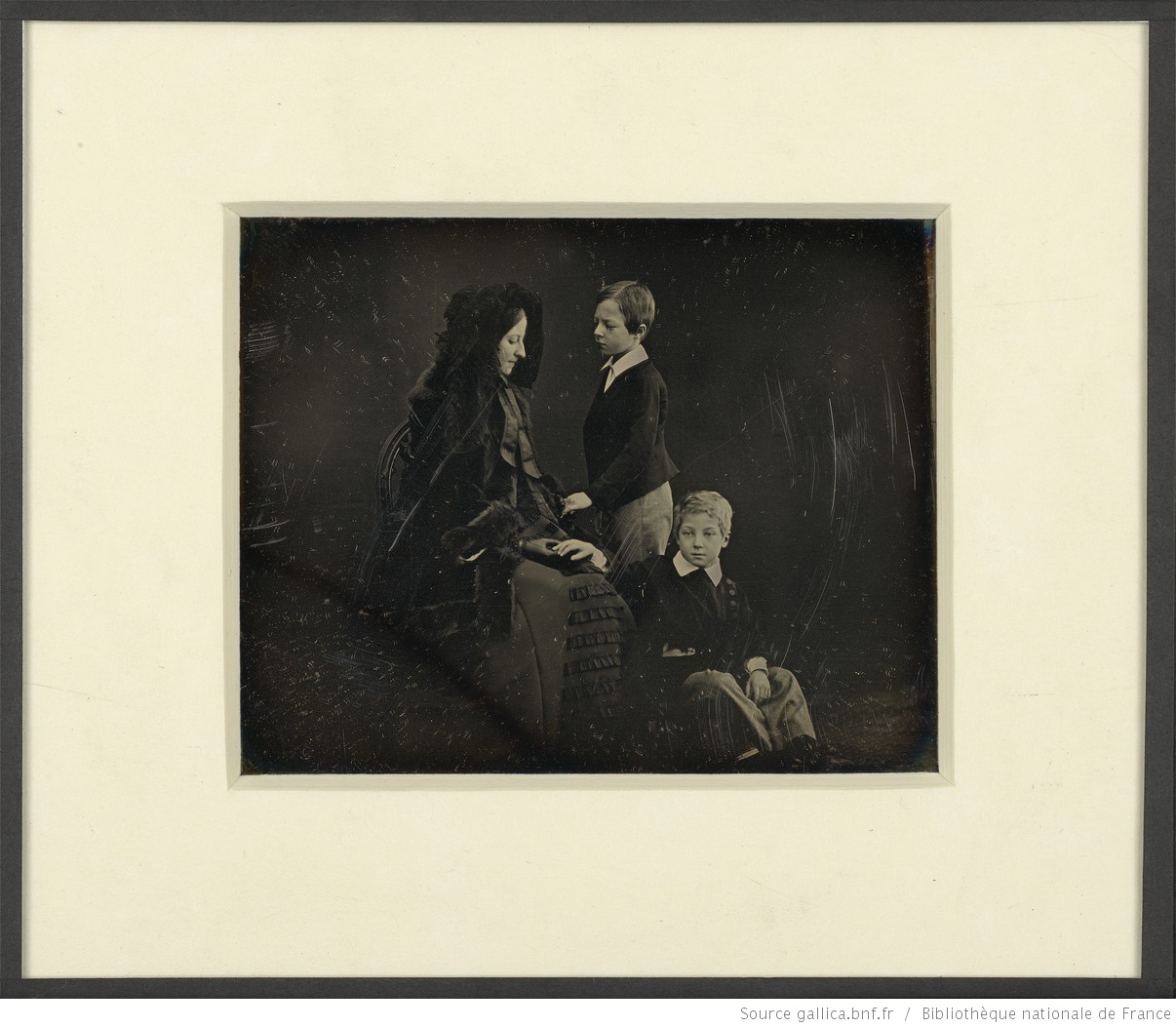 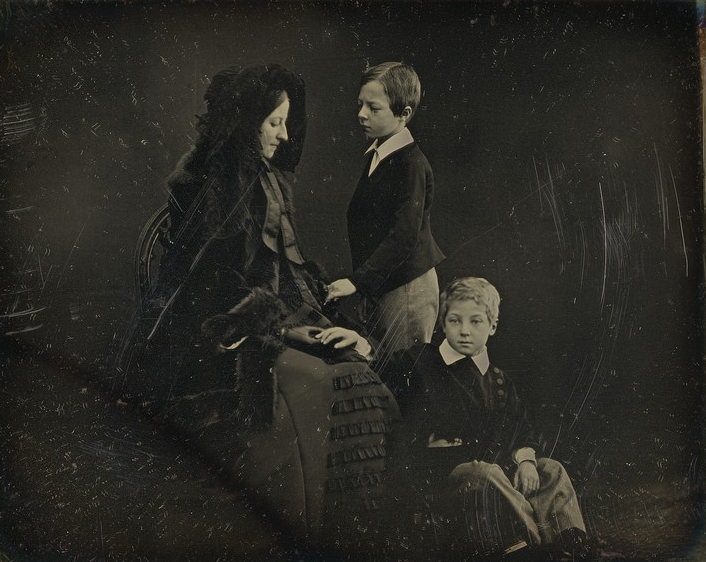 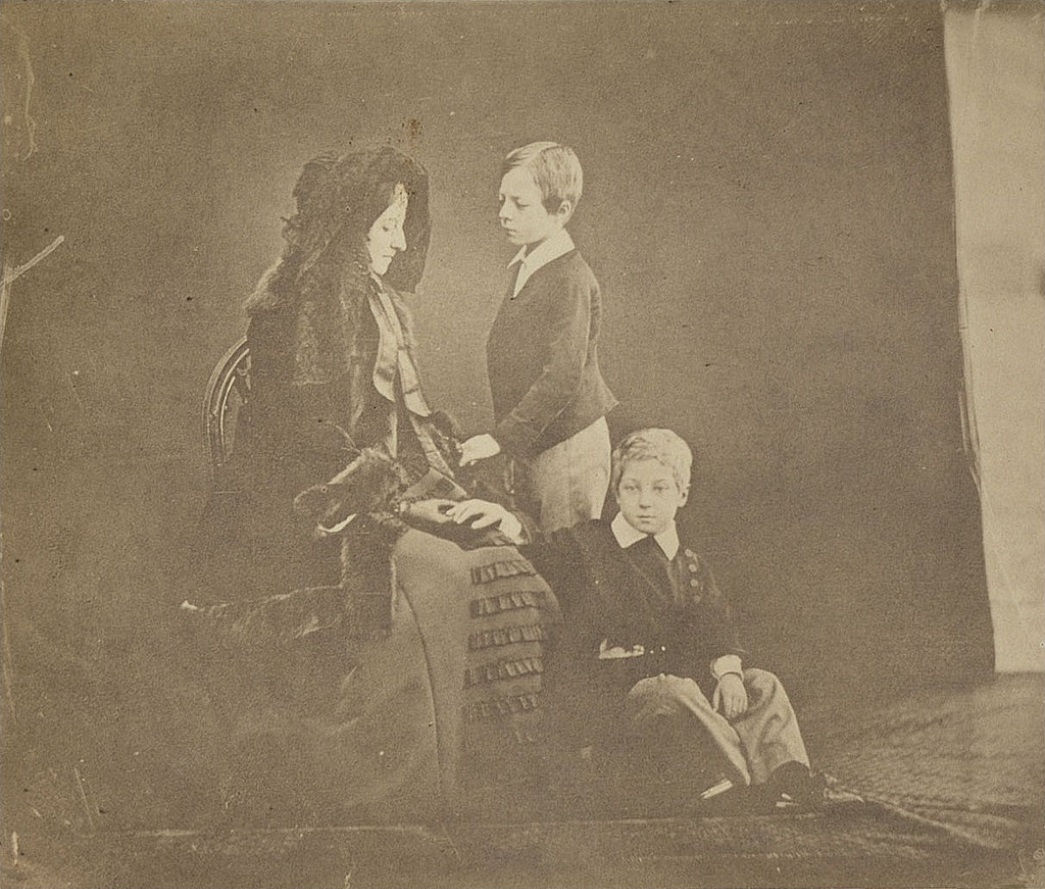 Daguerreotype of Duchesse de Nemours with her sons by William Edward Kilburn, 1852

This is a very solemn portrait of a mother and her sons. She was the cousin of Queen Victoria. She was born as Princess Victoria of Saxe-Coburg and Gotha in 1822. On 27 April 1840, at the Château de Saint-Cloud, she married Louis d’Orléans, known since birth as the Duke of Nemours. She died five years after this picture was taken, aged only 35, two months after the birth of her youngest child in 1857 (see my other post here for a picture of the Duchess on her deathbed).

Her oldest son, 10 years old on this photo, is Louis Philippe Marie Ferdinand Gaston d’Orléans, Count of Eu (28 April 1842 – 28 August 1922), who married Isabella, eldest daughter and heiress of Dom Pedro II of Brazil; her other son, eight years of age on the photo, is Ferdinand Philippe Marie d’Orléans, Duke of Alençon (12 July 1844 – 29 June 1910), who married Duchess Sophie Charlotte in Bavaria (1847–1897), sister of Elizabeth, Empress of Austria, and who had been for a time engaged to Ludwig II of Bavaria.

Throughout her life the Duchess had various titles, styles, honours and arms:

What I often find so shocking, or reassuring maybe, that these noble ladies look so human and sometimes even insignificant on the photographs in contrast to the grand paintings that we mostly know them by. I will post a few paintings of the Duchess for you to compare (for example my other post here). Then look at this photo again and you see a woman who looks rather insignificant. She could be one of many. But if you see her on the paintings she looks absolutely grand.