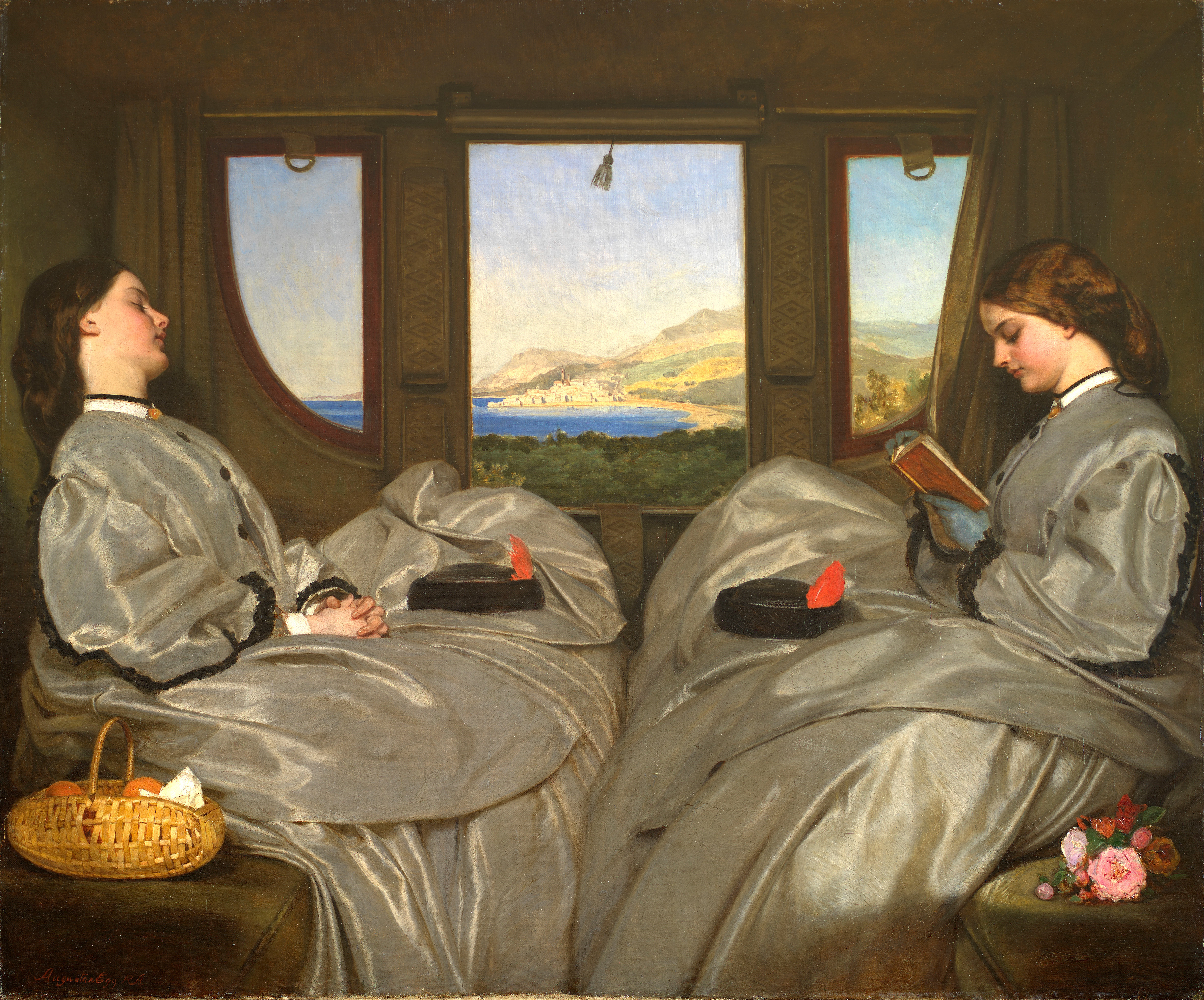 The Travelling Companions was one of the last paintings made by Egg before his death in 1863. It depicts two well-dressed women who are sitting facing each other in a cramped first-class railway carriage, almost like mirror images. The women may be sisters, or may represent two elements of the character of one woman.

The women are dressed identically, in the same voluminous grey silk travelling clothes, with their fashionable hats on their laps. They are arranged symmetrically on seats to either side of the carriage window. The window has three parts, framing the view like a triptych. Neither woman seems to be paying any attention to the coastal scene, perhaps Menton in southern France, that can be seen below summery skies through the carriage window. The train is in motion, witnessed by the swinging tassel on window blind.

The symmetry is broken, however: while the woman to the left sleeps next to a basket of fruit, the other to the right is reading beside a bouquet of flowers. The painting could be read as a Victorian version of William Hogarth‘s Industry and Idleness.

Egg travelled frequently to the south of England and the south of France, seeking relief from his asthma. Railway art became popular after William Powell Frith‘s 1862 painting The Railway Station.