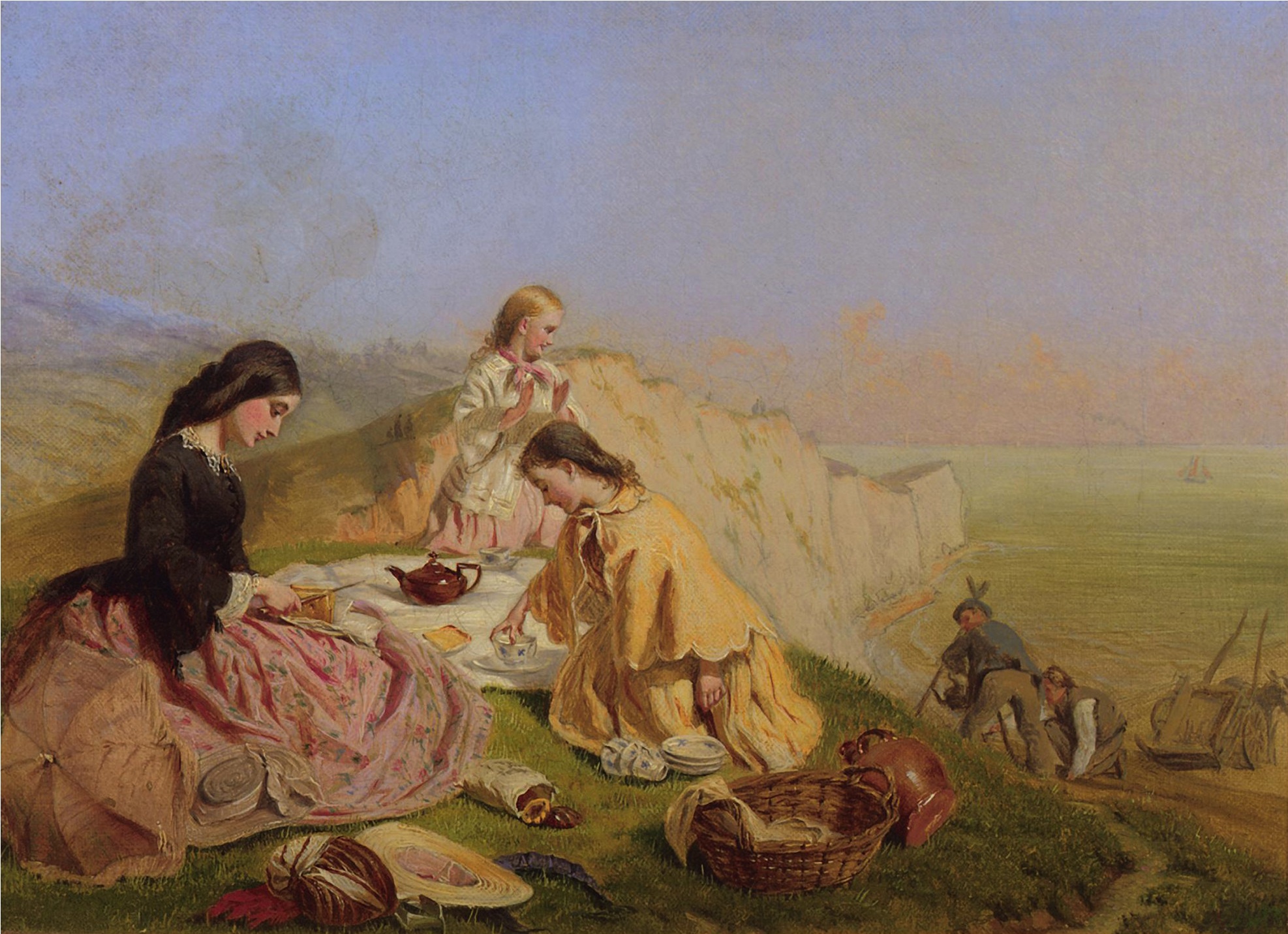 Picnic on the Cliffs by George Elgar Hicks ~ 1860s

George Elgar Hicks is best known for his panoramic modern-life subjects such as Dividend Day at the Bank of England and The General Post Office at One Minute to Six, paintings which documented the extraordinary changes in the lives of men and women that were occuring in the middle years of the century. This type of panoramic social observation had been led by William Powell Frith, whose painting The Derby Day had been shown in 1858, but must also have owed something to the early London-based novels of Charles Dickens, such as The Old Curiosity Shop (1841) and Dombey and Son (1847-8). Hicks also painted genre subjects in rustic settings without any ostensible purpose of social observation.

Surprisingly, paintings of picnics are rare considering that one of the most famous of nineteenth century paintings is of one, Manet’s Le Déjeuner sur l’Herbe.  Although the entymology of the word is unsure, possibly from the French verb pigner meaning to pick or peck, it had entered the English language by the mid eighteenth century. With the increase in transport in the next century it became a more familiar activity, encouraged by the Picnic Society. In the literary world such events were described across the century, from Jane Austen who mentioned them in Emma, when the protagonists gather on Box Hill, to Ratie and Mole in Kenneth Graham’s Wind in the Willows. In this painting the artist takes pleasure in depicting the al fresco happiness of the scene with the three young ladies who have even brought the tea cups, saucers and a tea pot to this vantage point over the English Channel.