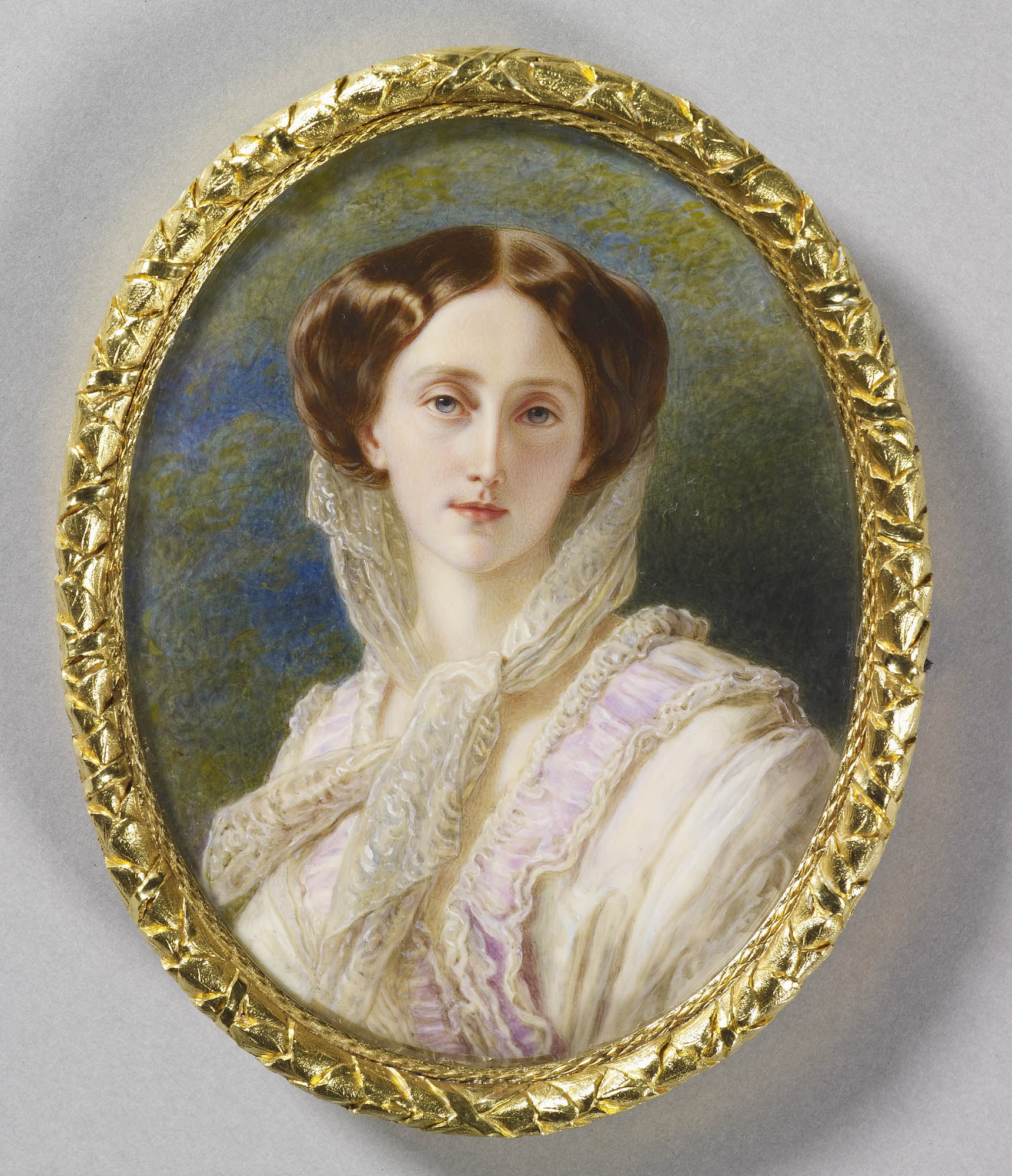 Olga, Grand Duchess of Russia when Crown Princess of Württemberg by Anton Hähnisch, 1857

The original portrait by Franz Xaver Winterhalter dated 1856 on which Hähnisch’s miniature is based was formerly in the possession of the Crown Princess of Württemberg (sold Christie’s, London, 14 June 2006, lot 120).

The arrival in England of the Grand Duchess Olga and her consort Charles, the Crown Prince of Württemberg, was reported in the Court Circular on 5 August 1853. When the Grand Duchess visited Queen Victoria at Osborne House a few days later, the Queen reported to Leopold I, King of the Belgians: ‘Olga is still very handsome as to features, figure &c. but she is a wraith wh. is a sad thing for one who was so beautiful & is so young. She is terribly thin & pale … Her manners are very dignified & pleasing’ (RA VIC/Y 98/24). The royal couple were entertained as guests of the Queen and were spectators at the Review of the Fleet at Spithead on 11 August before proceeding to Torquay to join the Grand Duchess’s sister and her family.

Olga, Grand Duchess of Russia, second daughter of Tsar Nicholas I, married, in 1846, Charles, Crown Prince of Württemberg, who succeeded to the throne in 1864. She died, leaving no children, in 1892.

There is a similar portrait of her sister Grand Duchess Maria Nikolaevna of Russia by the same artist, see this link here.