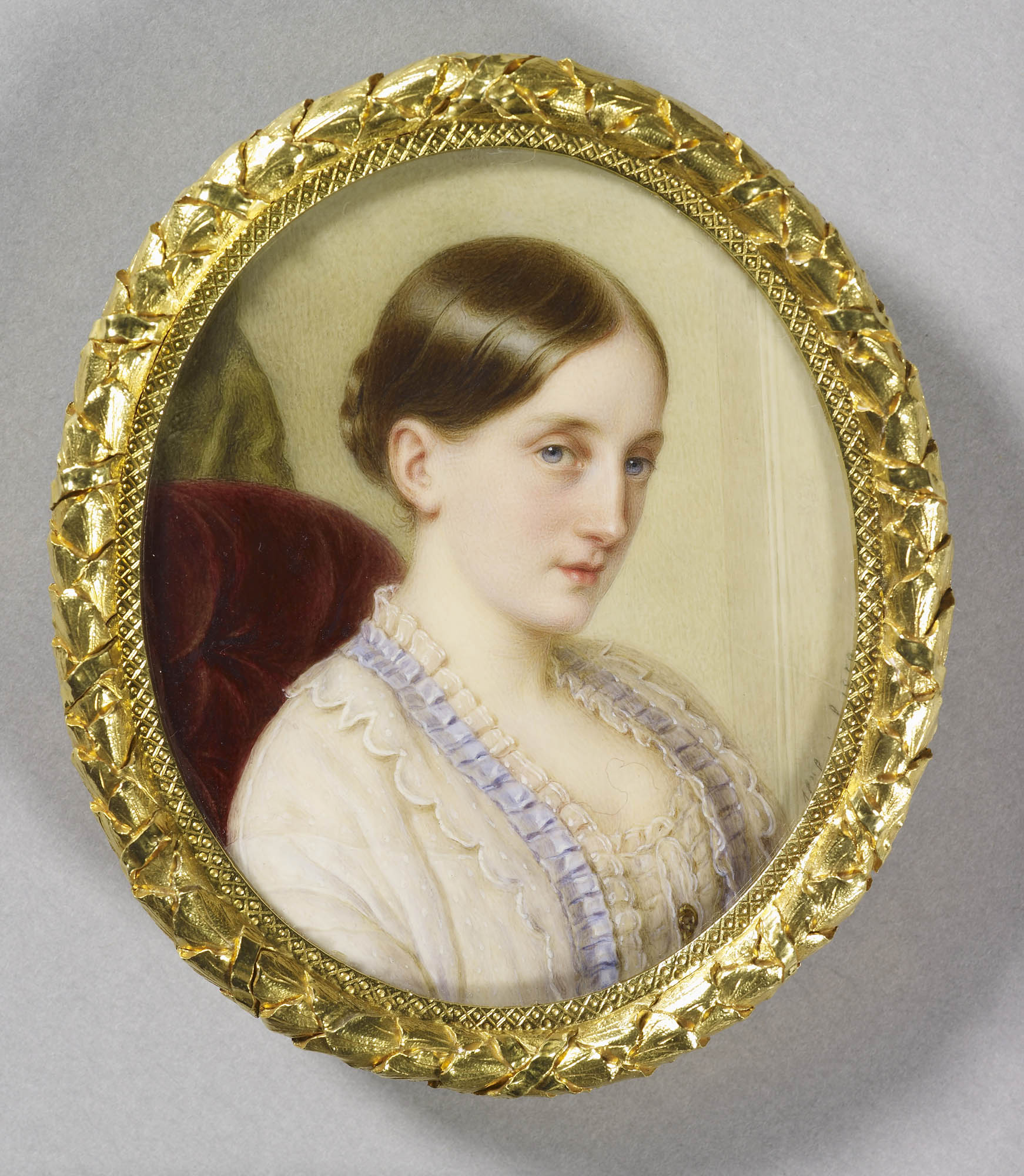 Grand Duchess Maria of Russia, when Duchess of Leuchtenberg by Anton Hähnisch, 1853

The newly widowed Grand Duchess visited England in the summer of 1853. Her arrival at Dover ‘with a numerous suite’ had been reported in the Court Circular on 10 July, and she then travelled to Torquay in Devon where she stayed for some time, and was joined by her sister Olga, Princess of Württemberg, as ‘the climate is likely to have a beneficial influence on the Imperial family’. Queen Victoria reported to Leopold I, King of the Belgians, on 10 August: ‘The Grand Duchess, who is in deep mourning, & does not go out into Society, came to see us the day before yesterday. She is but little taller than me, a miniature as to features of her father … She is very lively, and has much frankness & abandon in her manner, & certainly is attractive. She seems very clever’ (RA VIC/Y 98/24). She left for St Petersburg on Wednesday 19 October.

There is a similar portrait by the same artist of her sister, Grand Duchess Olga of Russia on this link here.