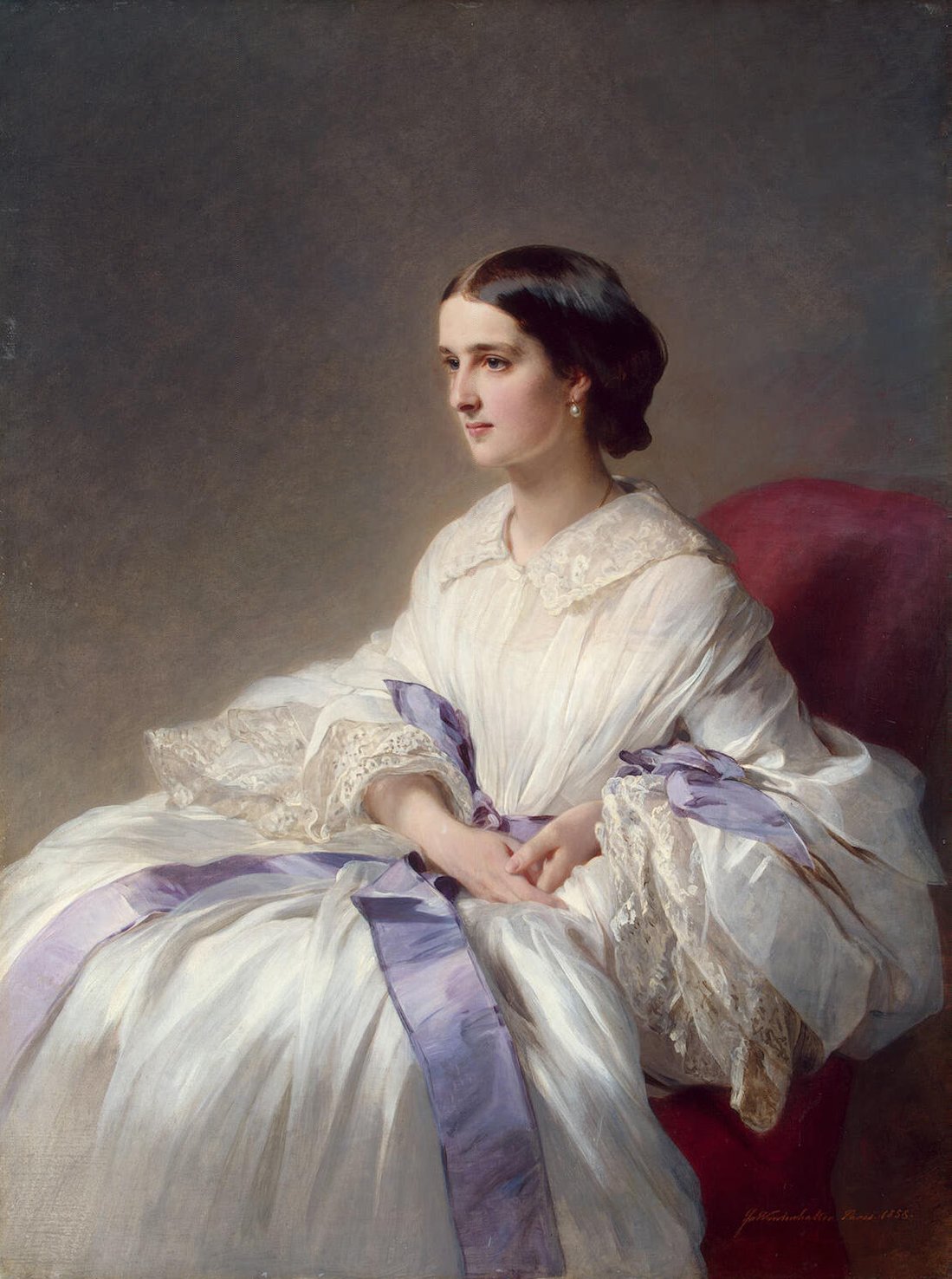 Countess Olga Esperovna Shuvalov, née Princess Beloselsky-Belozersky (17 February 1838  – 9 December 1869). She was the wife of the Warsaw Governor Earl P. Shuvalov; together with her older sister Princess E. E. Trubetskoy she was the heir of the Myasnikovskaya million. The youngest daughter of Major-General Prince Esper Beloselsky-Belozersky (1802-1846) from his marriage to Elena Pavlovna Bibikova (1812-1888), a prominent court lady.

In 1854 he was presented to the court and began to go out. According to contemporaries, the young princess was “very beautiful, small, had brown hair and brown eyes”. July 25, 1855 she married the adjutant of Count Pavel Andreyevich Shuvalov (1830-1908). Their wedding was in St. Petersburg in the presence of the whole court.

While living with her husband and children abroad, Olga Esperovna plunged into the vortex of Parisian life in the era of the Second Empire. At the court of Napoleon III she was part of the inner circle of the Empress Eugenie. At the same time the portrait by Winterhalter was created.

Here is another drawing of her by Vladimir Ivanovich Hau, also 1858:

She had six children: