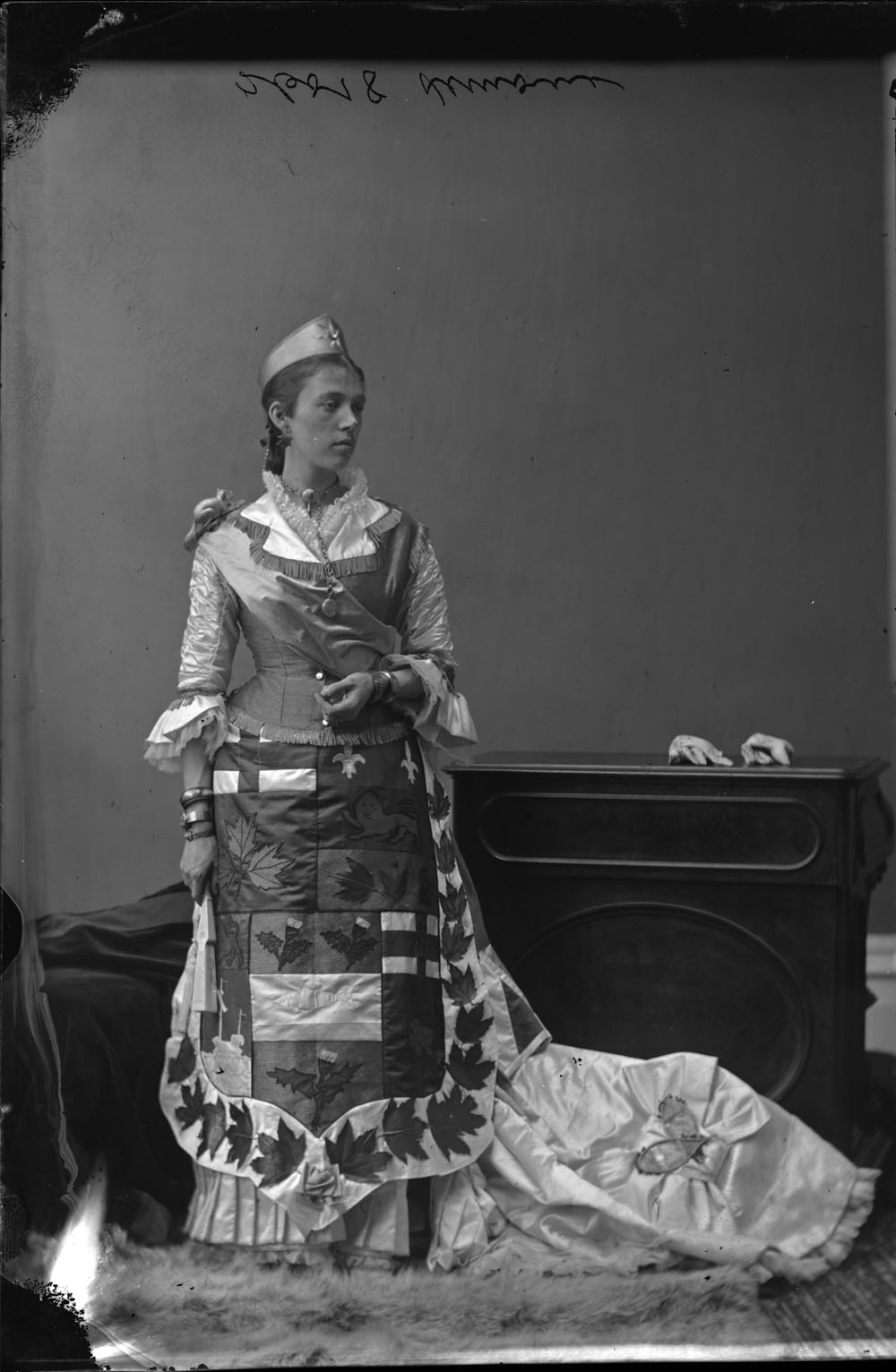 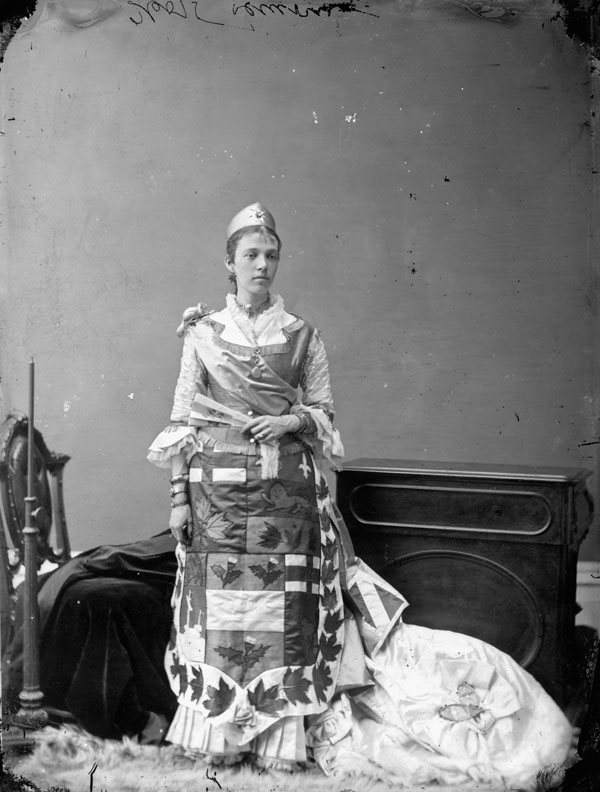 Mrs. St. Denis-Lemoine is dressed as “The Dominion of Canada” for a fancy dress ball hosted by Lord and Lady Dufferin on February 23, 1876. Description of Mrs. Lemoine’s outfit on page 2 in the “Ottawa Free Press,” February 24, 1876:

“Le Moine, Mrs. J. de T. [sic]  Dominion of Canada; white satin skirt, gold tunic, arms of the Dominion, embroidered on its tablier, surrounded with a wreath of maple leaves; flag of the Dominion, worn as a scarf, festooned on one shoulder, with a gold beaver; cornet of gold, small British flag in the hair, earrings and ornaments.“

Pursuant to the British North America Act, on July 1, 1867, the colonies of Canada, New Brunswick, and Nova Scotia joined to form the semi-autonomous federal Dominion of Canada. This began an accretion of provinces and territories to the mostly self-governing Dominion to the present ten provinces and three territories forming modern Canada.