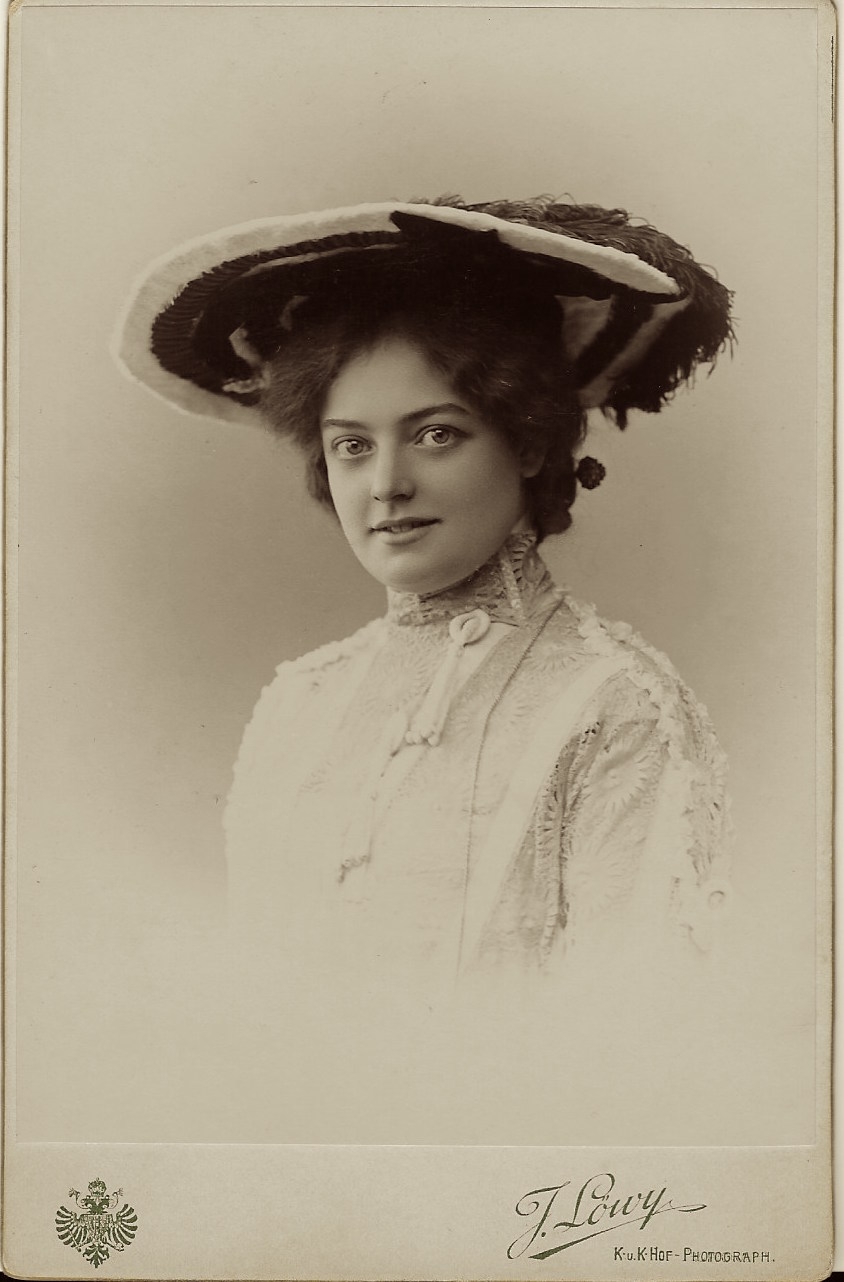 The woman is photographed by Josef Lowy (1834-1902) who operated a studio in Vienna, Austria. A notation on the reverse of the cabinet card indicates that the photograph was taken in 1904. Lowy was a very prominent and talented Vienna photographer who was active in the city between the 1870’s and early 1900’s. He was trained as a lithographer and received an artistic education at the Vienna Academy. He entered the field of photography in 1861 and was a regular exhibitor in photographic salons beginning in 1864. He won medals in the 1873 Vienna World Exhibition and became an official photographer to the Austrian Court. Lowy had varied interests in photography. He did royal portraits and also photographed industrial sites. He photographed many theatre and opera stars. Upon Lowy’s death, his wife (Mathilde) took over operation of the studio until 1908. Mathilde Lowy (1854-1908) had married Josef in 1875. She was succeeded in business by Lowy’s nephew, Gustav Lowy who renamed the studio “Art Institute J. Lowy”.