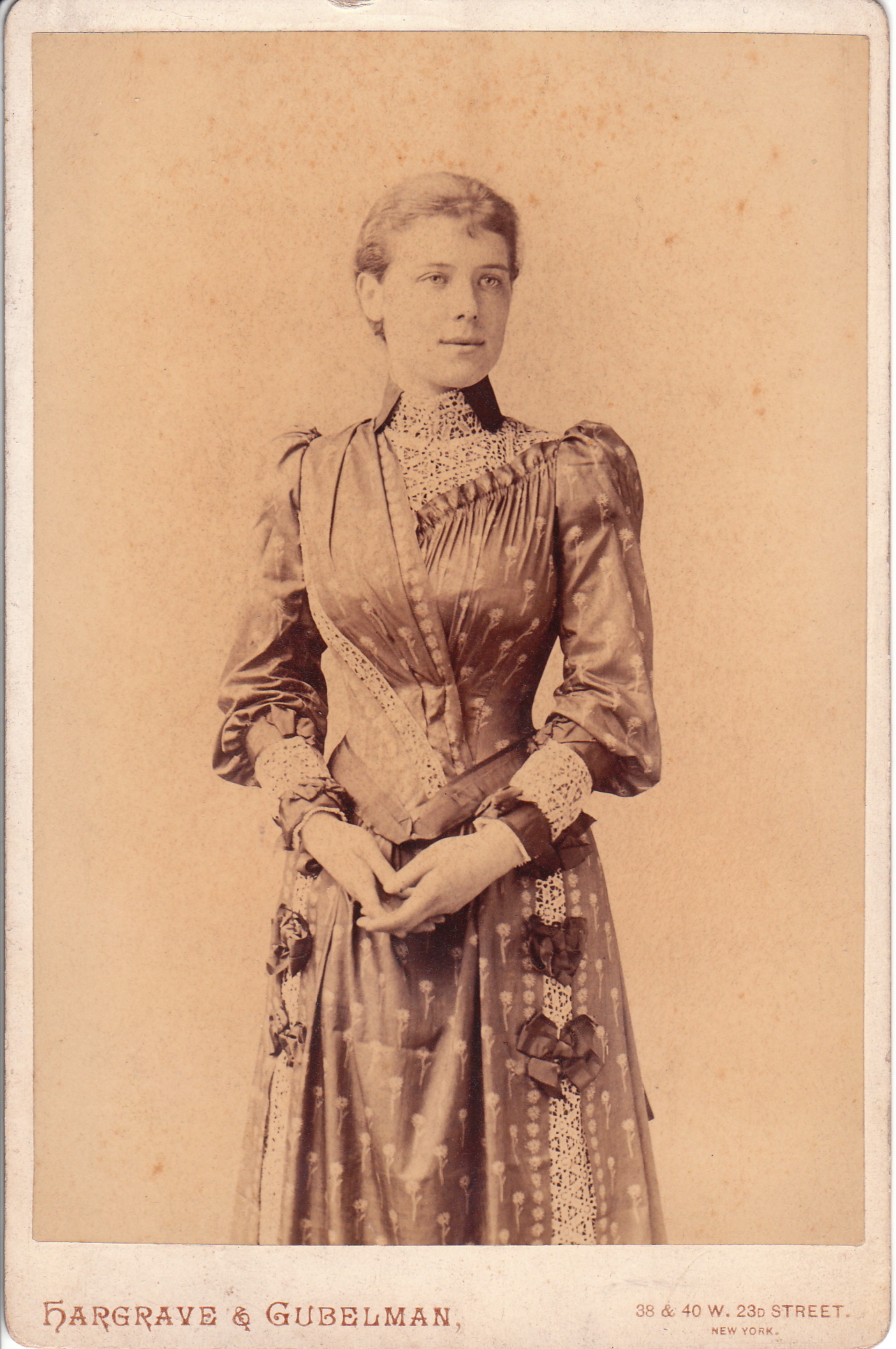 A young woman in a pretty dress poses for the photographer at the studio of Hargrave & Gubelman in New York City, New York. The Post Office Guide (1890) has an advertisement for the studio which indicates that A. J. Hargrave managed the New York City Studio while Theodore Gubelman managed their second studio, which was located in Jersey City, New Jersey.