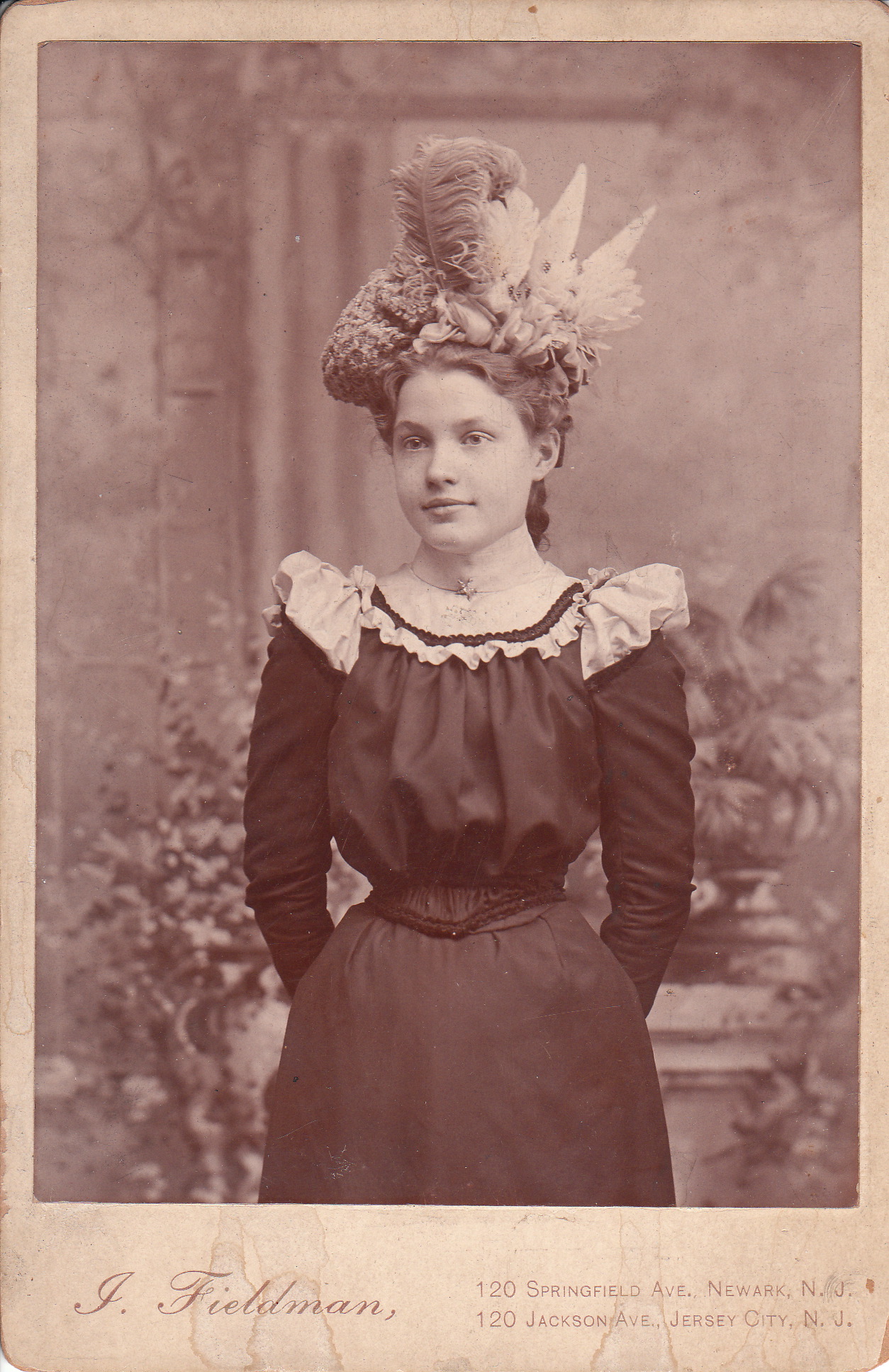 Fieldman had two galleries, and they were located in Newark and Jersey City, New Jersey. The photographer of this cabinet card photograph was Isidore Fieldman (1869-?). He was born in Russia and arrived in America during 1891. He was listed as a photographer in the 1900 through the 1930 U.S. Census. He and his wife Rose (born in Poland) spoke Yiddish. During at least some of their years, the couple and their family lived in Elizabeth, New Jersey. Their children included Esther (born 1890), Milton (born 1901), Margaret (born 1901), Herman (born 1906), George (born 1914). Milton and Margaret were likely twins. Herman joined his father’s photography business.