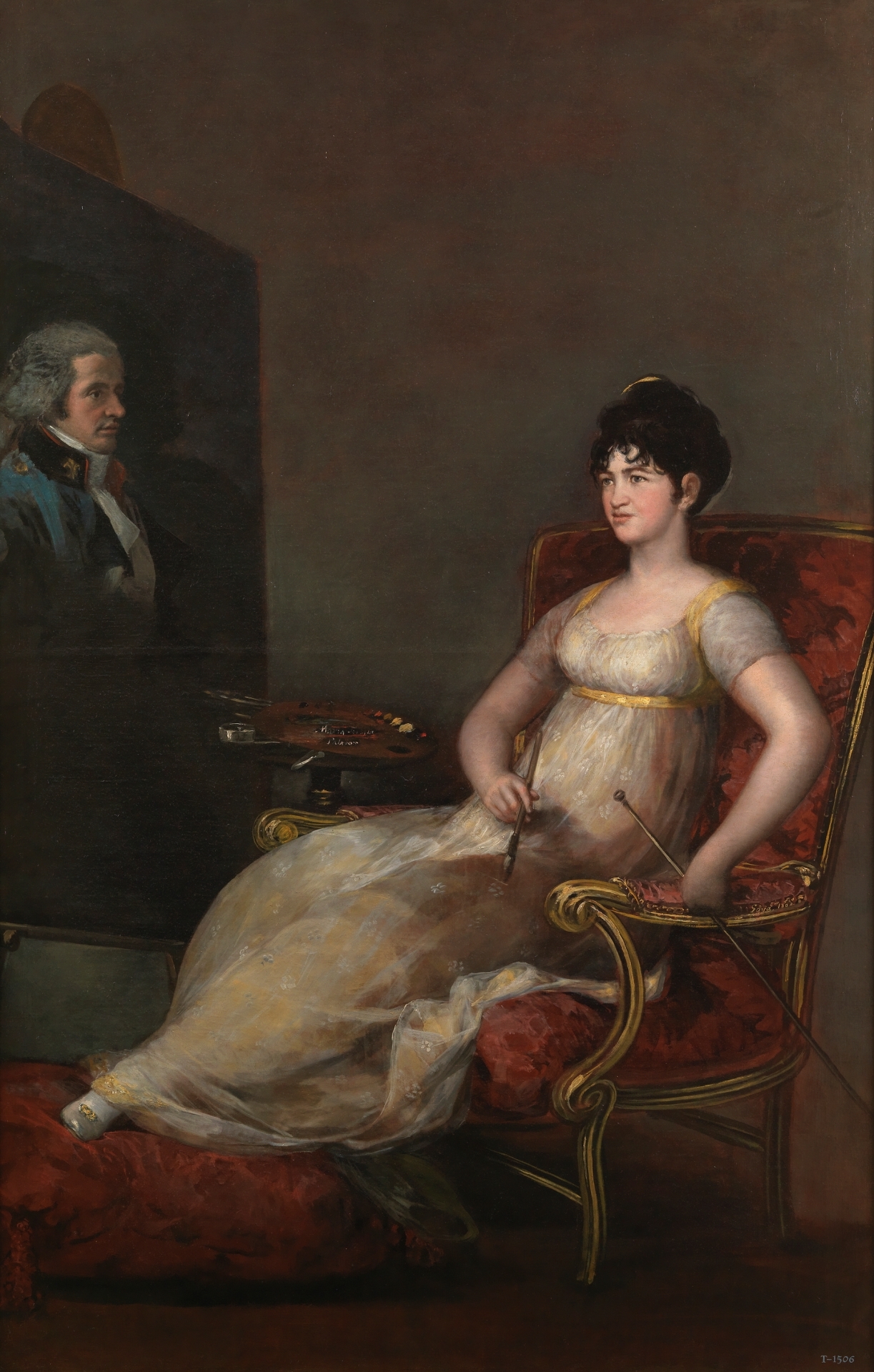 The Twelfth Marchioness of Villafranca painting her Husband by Goya, 1804

María Tomasa Palafox (1780-1835), Marchioness of Villafranca, is shown wearing a white empire-style dress and sitting on a red silk damask armchair, with her feet on a cushion. She is painting a portrait of her husband, Francisco de Borja Álvarez de Toledo y Gonzaga, XI Marquis of Villafranca. The Marchioness was an academician of merit at the Royal Academy of Fine Arts of San Fernando in Madrid. She was cultured and a great lover of the arts, as well as an amateur painter. she is looking outside the space of the composition, perhaps at her husband, who appears on her painting in the uniform of an official of the line infantry. On her right, over a night table, is her palette of paints, some brushes and a small metal bowl. The Marquis looks back at his wife from his own portrait in a play of glances that Goya uses consciously, perhaps to reflect the great love that, according to contemporaneous sources, this couple felt for each other.

In his famous painting, Goya portrays the Marchioness de Villafranca as an artist with brush and maulstick in her hand. She has interrupted her work at the easel and leaning back in her armchair, she is scrutinising her model, her husband—invisible to the viewer—who is posing for his portrait. He must have been seated facing sideways with his profile to the artist, unable to turn the attention to his wife until the picture was done. Goya honoured his aristocratic “colleague” with the inscription of her name on the palette; he himself signed his work with his signature on the arm of the chair. The marchioness, who is fashionably dressed in the Empire style, was certainly more than just a dabbler in art. She was an honorary member of the Madrid Academy, which also honoured her with an award.