In this pendant to the portrait of her husband, Ignacio Garcini y Queralt, Doña Garcini is evidently pregnant, which may account for the informality of her hair and dress. Her Rubensian features and coloring, invariably noted by critics, have only recently been explained: Josefa’s mother, whose name was Van Asbrock, was of Flemish descent.

Josefa de Castilla Portugal y van Asbrock married, on January 19, 1801, in Madrid, Colonel Ignacio Garcini y Queralt, who was also portrayed by Goya. The sitter is identified by the inscription on the lower right. Josefa was described by Francisco Alcántara in El Imparcial of May 10, 1900 as “a perfect dream of beauty, a symbol of what her husband’s name evokes for all good Spaniards, a lively intelligence and acuteness, with a certain expression of malice and suspicion appropriate for the husband of such a woman.“
. 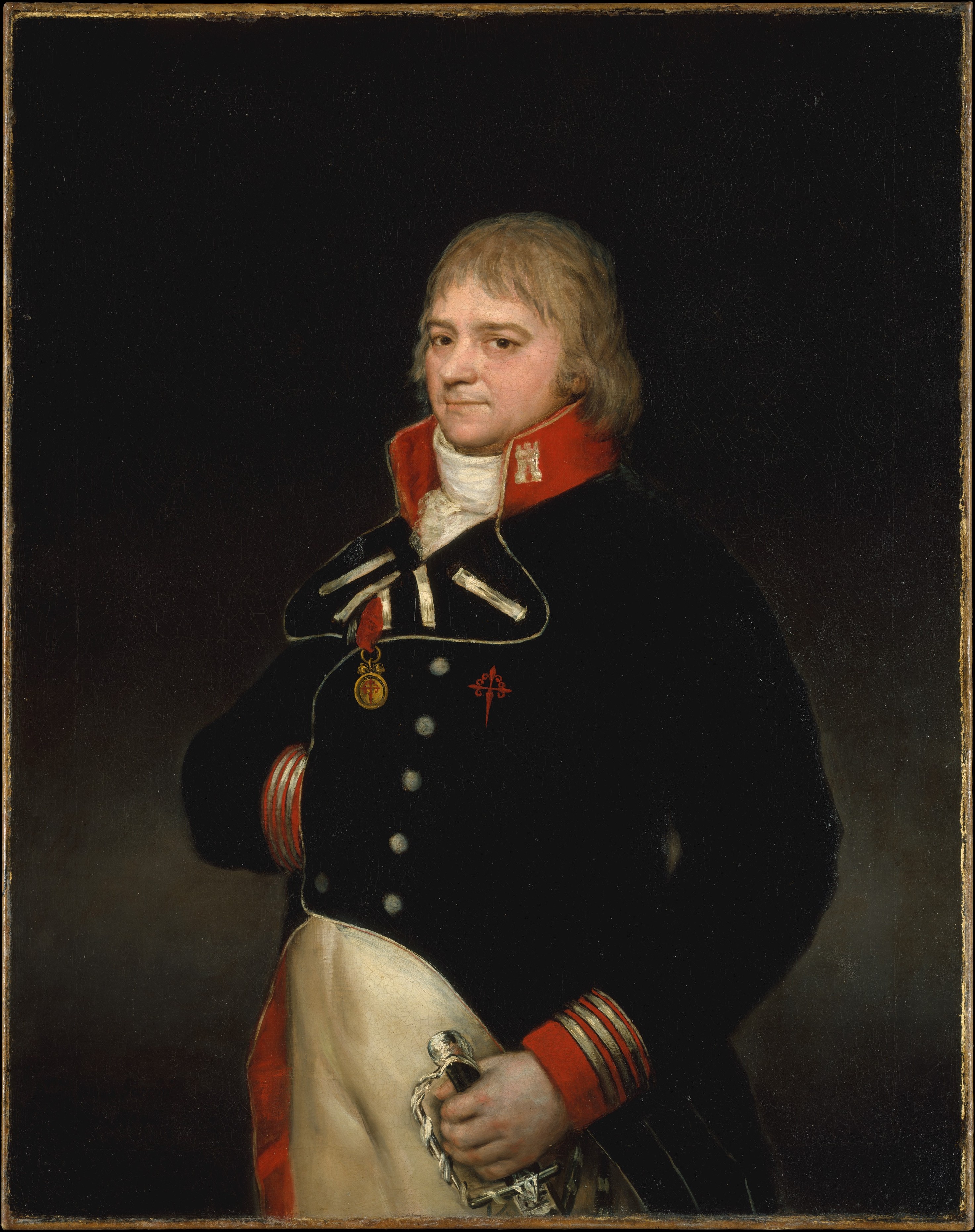 She appears in the portrait in an informal pose, with her loose hair and a simple dress, holding a small fan with both hands. It has been suggested that Josefa may be pregnant in this painting. The influence of Flemish prototypes—Rubens in particular—has been noted from a very early date, and this may be due to Josefa’s own origins, as her mother was of Flemish descent (Balsa de la Vega 1900). The portrait has also been related stylistically to the work of Rembrandt (Glendenning 1969) and to the influence of Greek art (Mena Marqés 2005). The pose of Josefa is close to images of the repentant Magdalen (Danvila 1900).The portraits of Josefa and her husband are different in mode—martial and formal for Ignacio, unceremonious and romantic for Josefa—and it has recently been questioned whether they were intended to be pendants (Reuter 2001 and Tomlinson 2002). Both portraits, however, date from the same year and it seems likely that notwithstanding their differences in approach they were conceived at the same time. They may have originally been displayed in different spaces in the Garcini household, and that would have compensated for the inconsistency in manner between the two images.The portraits remained with the Garcini family until 1910, when Vicente Garcini, a nephew of Ignacio, sold both of them, through Ricardo Madrazo, to Colonel Oliver H. Payne in New York. His nephew, Harry Payne Bingham, bequeathed the paintings to the Museum in 1955.