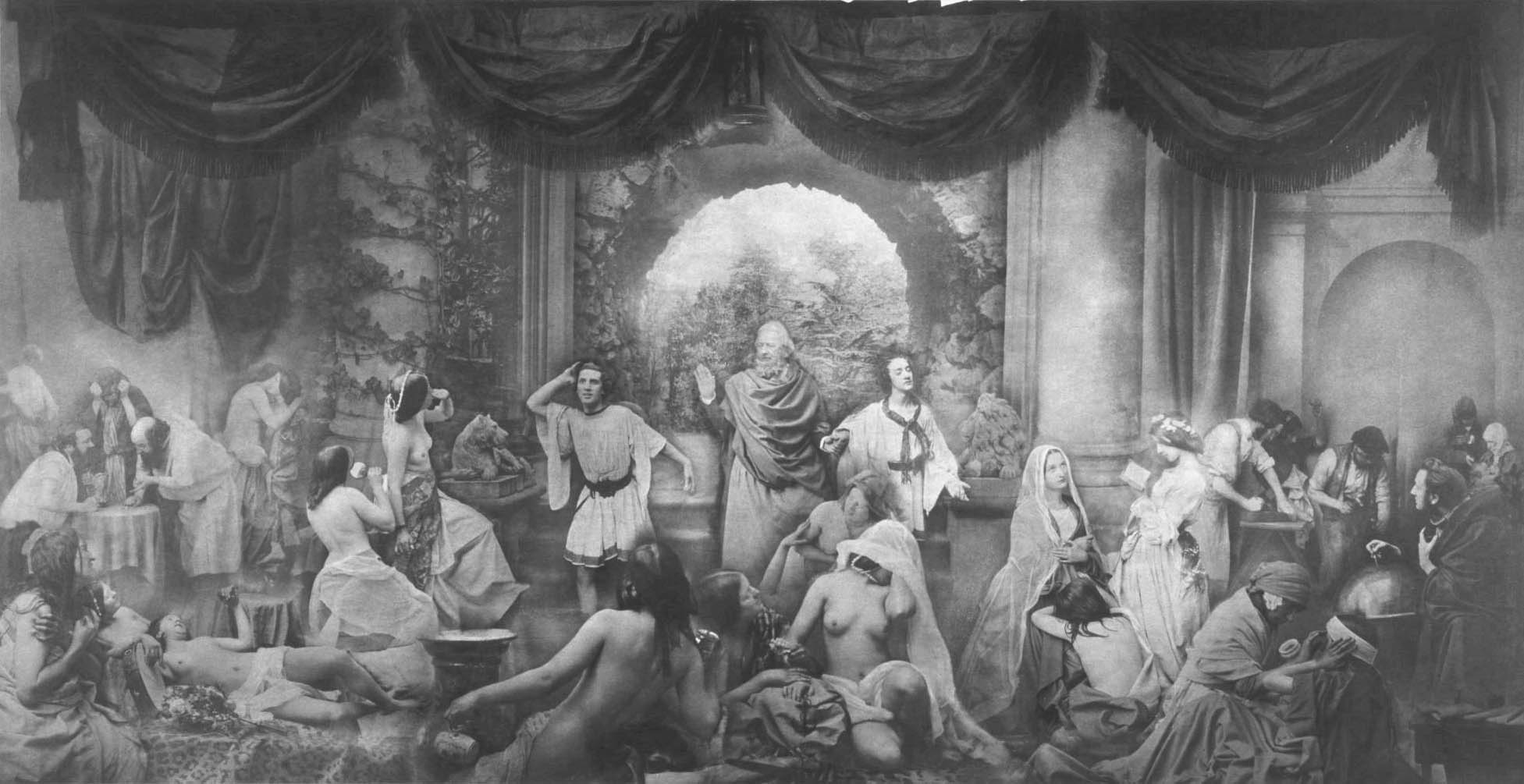 This allegorical tableau vivant, or mise-en-scène was created by Oscar Rejlander in 1857. It depicts a philosopher, or a sage, or perhaps a father leading two young men towards manhood. One (to the left) looks towards vice; gambling, wine and prostitution, and the other, with perhaps less enthusiasm, looks towards virtue; religion, industry and family. Penitence, in the center, looks toward the right, rejecting vice. The image was the first publicly exhibited photograph of a nude in England, the first major art photograph and the first photo-montage. 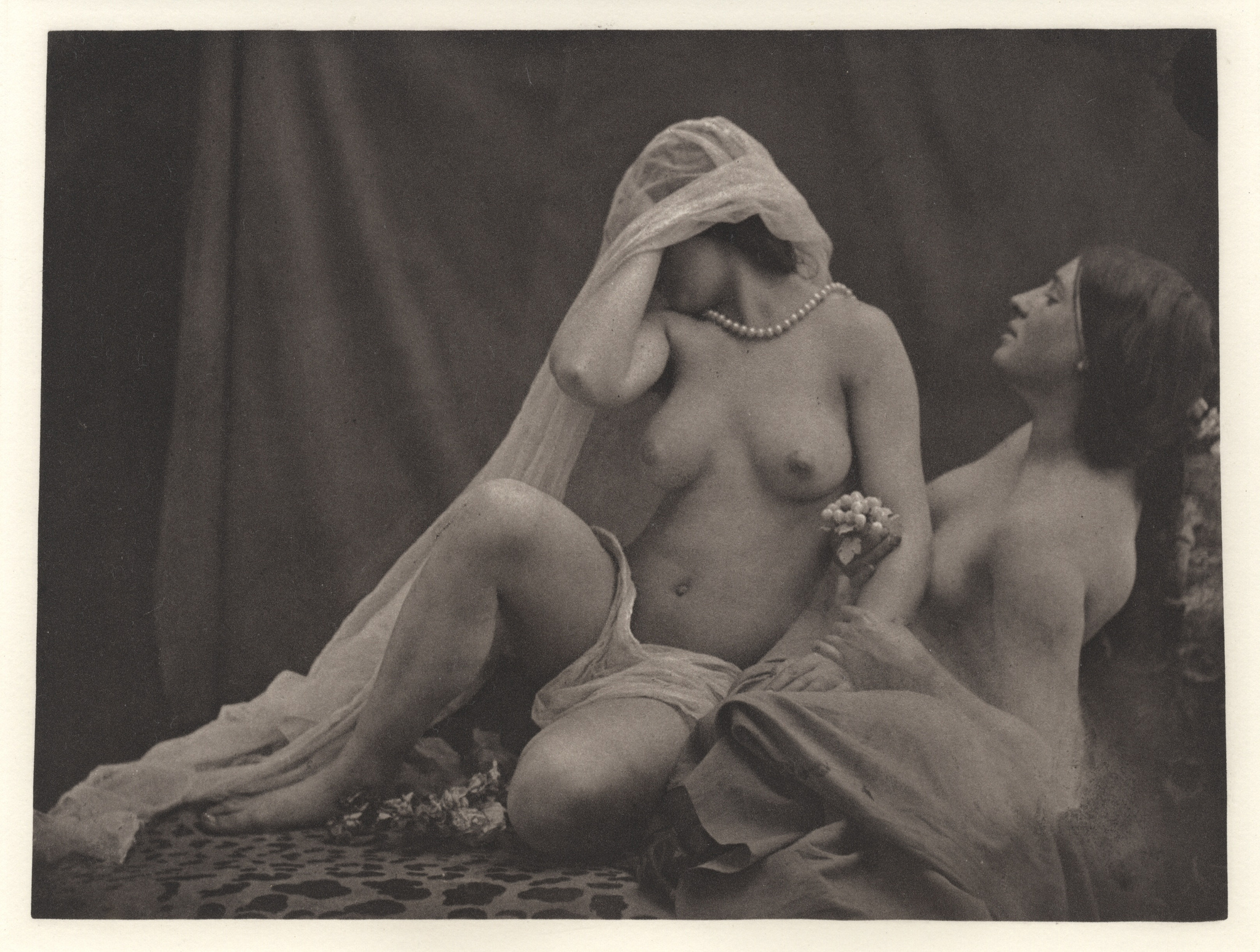 Rejlander intended Two Ways of Life to depict the underside of London as described in George Reynold’s popular serialized novel Mysteries of London and staged the tableau after Raphael’s famous School of Athens: 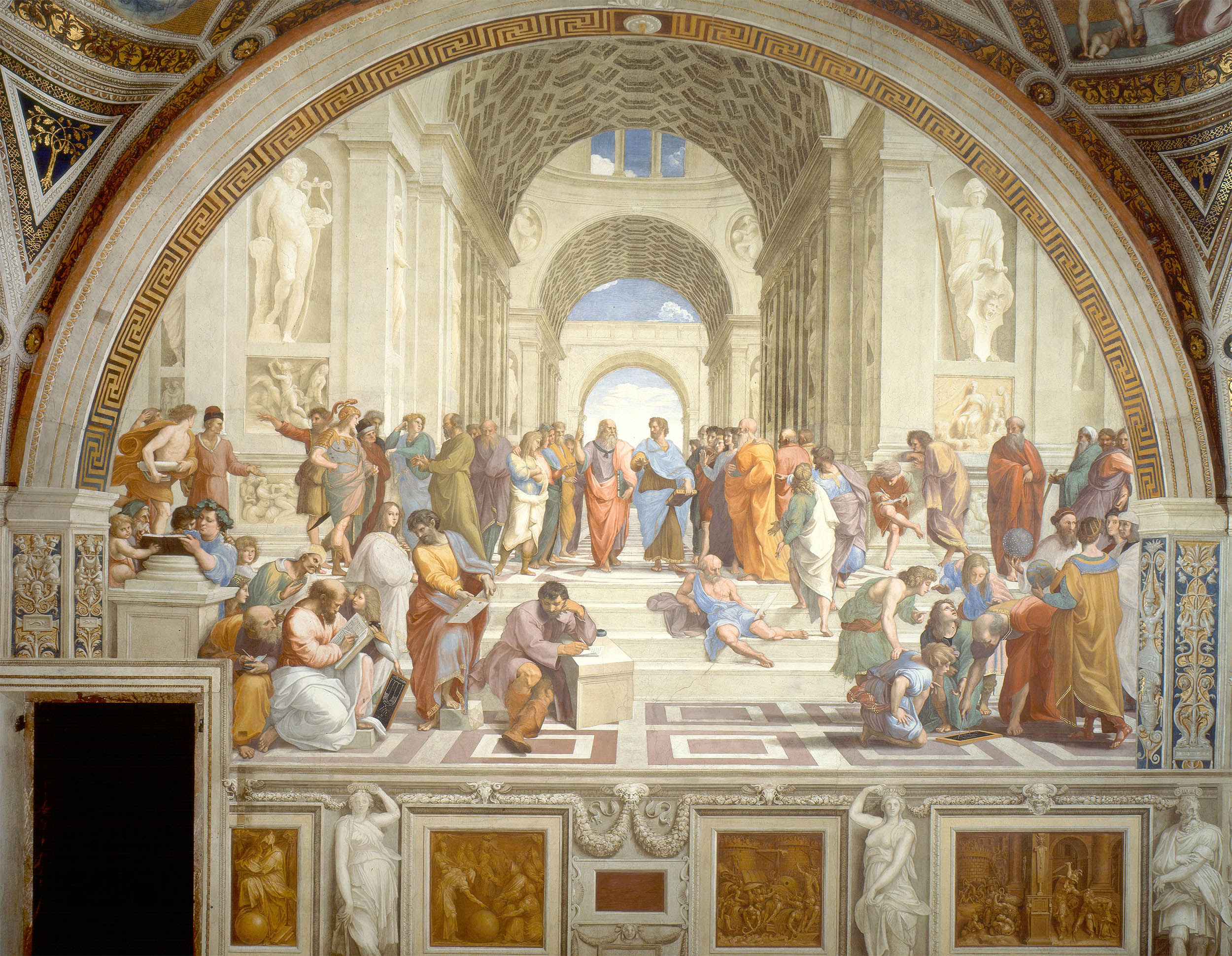 The complexities of the composition required him to photograph the subjects (anonymous actors from traveling troupes, according to Rejlander, but more likely London prostitutes) individually or in small groups. The wet-plate negatives – 32 in all – were then meticulously exposed onto a carefully matted albumen silver print, starting with the foreground images. The final 31″ × 16″ print required two sheets of photographic paper and took all of six weeks to complete.

The image, not surprisingly, caused a sensation. One reviewer described it as “magnificent….decidedly the finest photograph of its class ever pronounced” and the print was shown in March 1857 at the Manchester Art Treasures Exhibition (one of the first to exhibit photographs along with other art), where a copy was purchased (for 10 guineas) by Queen Victoria for the Prince Consort. Even with royal patronage, however, many felt that the photographic nude crossed the line of decency. The Scottish Society even refused to display it at their Exhibition in Edinburgh.

In defending the Scottish Society, Thomas Sutton, editor of Photographic News, stated: “There is no impropriety in exhibiting works of art such as Etty’s Bathers usurped by a swan, but there is impropriety in publicly exhibiting photographs of nude prostitutes in flesh and blood truthfulness and minuteness of detail.” Rejlander attempted to defend his models stating that “There are many female models whose good name is as dear to them as any other women.” To which Sutton replied “We have no morbid sympathy for Traviates and Fleurs de Marie, and do not desire to see such unfortunates figuring in a state of nature in composition photographs upon the walls of a public Exhibition room.”

Perhaps in response Rejlander produced a second version with the wise sage looking toward virtue: 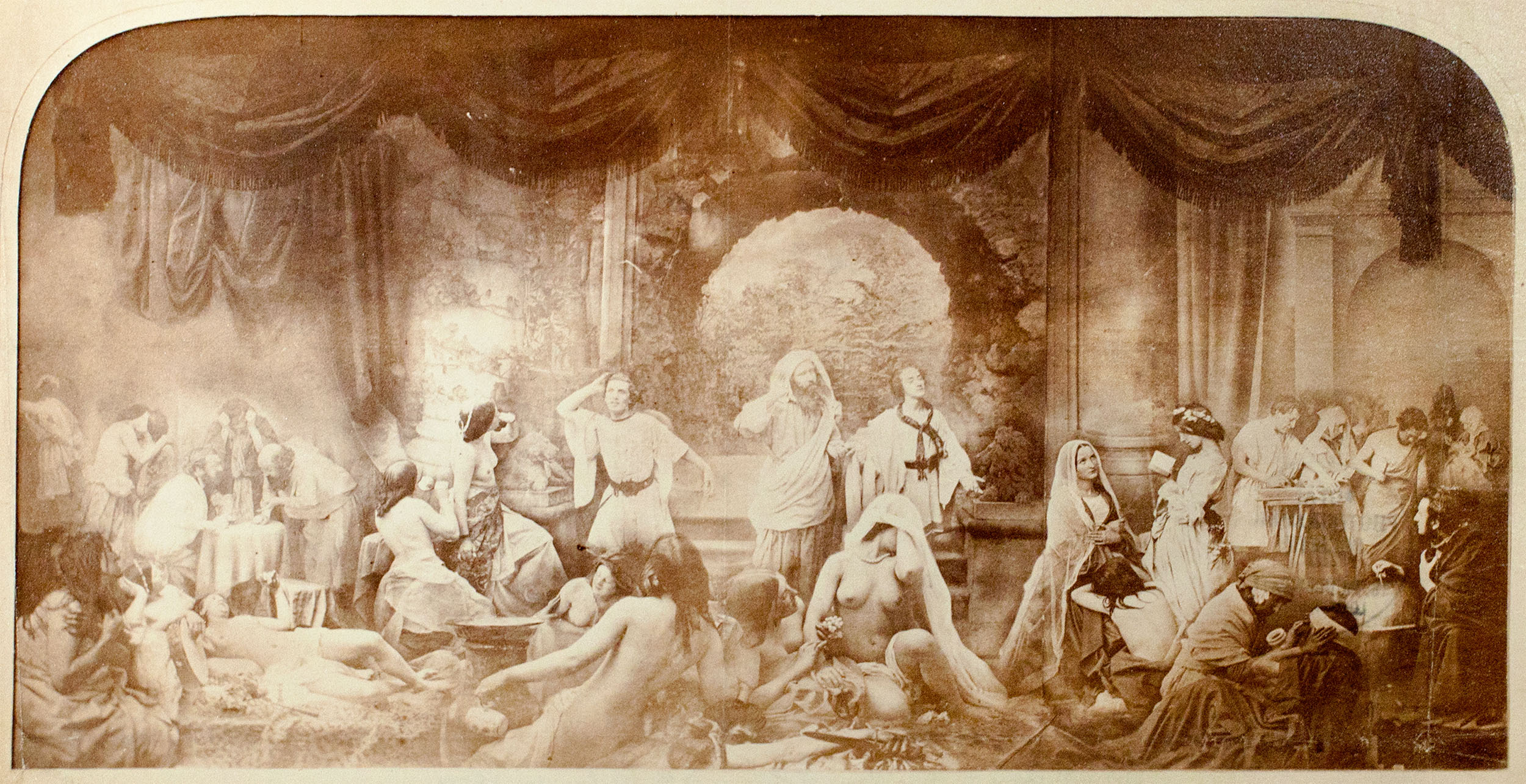 The technique of composite printing also proved controversial. Many felt that an elaborately staged art composition was inappropriate for the “mechanical” medium of photography. It was picture making instead of picture taking, a theory that Rejlander would eventually concede to with in his 12 Feb 1863 address to the South London Photographic Society, “An Apology for Art-Photography.”

Rejlander became ill in 1874 and died, penniless, the next year.