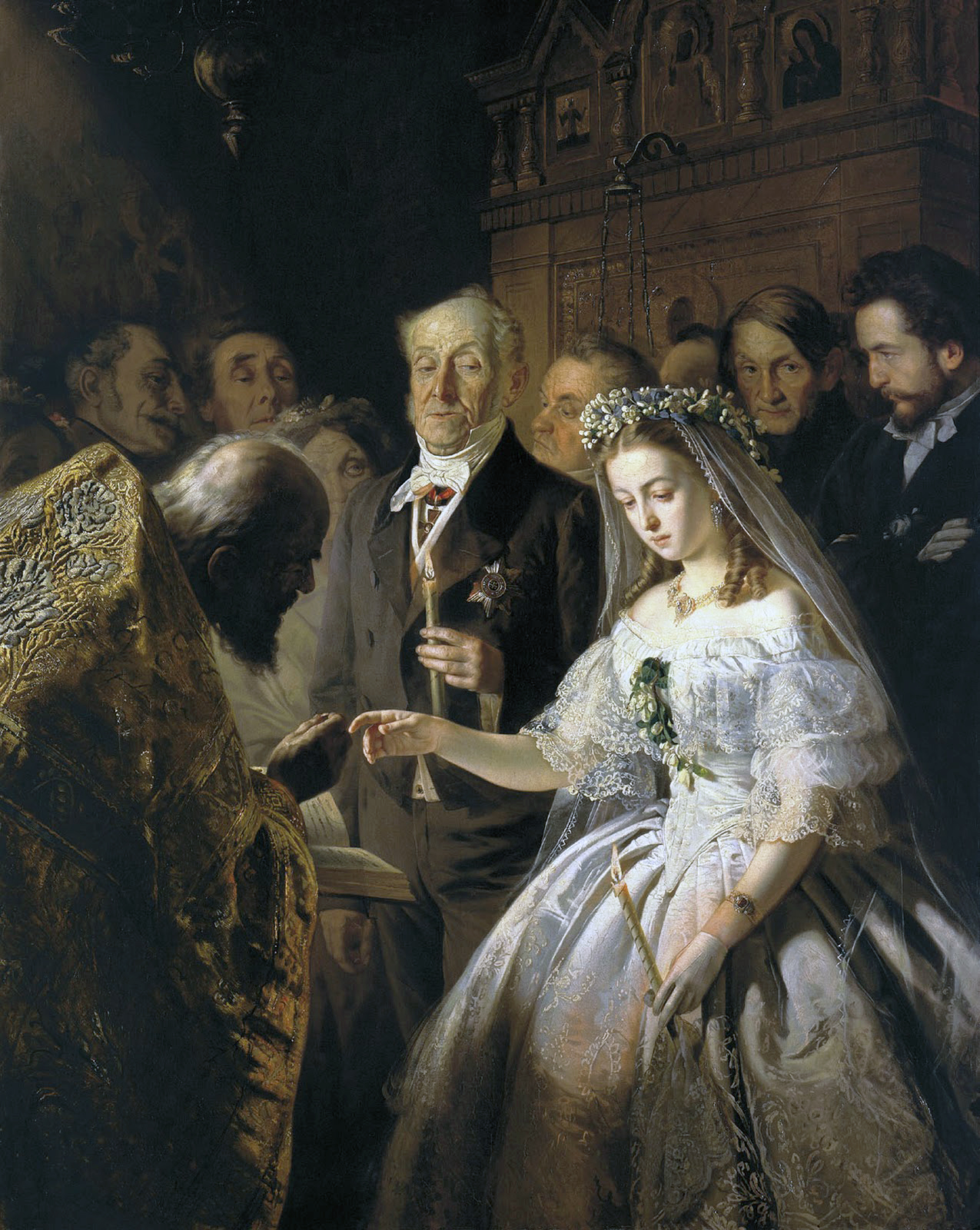 The Unequal Marriage by Vasily Pukirev, 1862

Pukirev’s best known painting is “The Unequal Marriage”. Pukirev appears at the far right of the canvas (possibly as best man), giving rise to the story that it represented an episode of lost love in his own life. In 1863, on the basis of this work, he was named an honorary Professor at the Imperial Academy of Fine Arts. It also spawned a heated debate in the press, with his supporters praising it for presenting a serious theme from modern life, unlike the usual genre scenes, which tended to be nostalgic or sentimental. It is currently on display at the Tretyakov Gallery.

Does anyone recognize the insignia the old man is wearing?