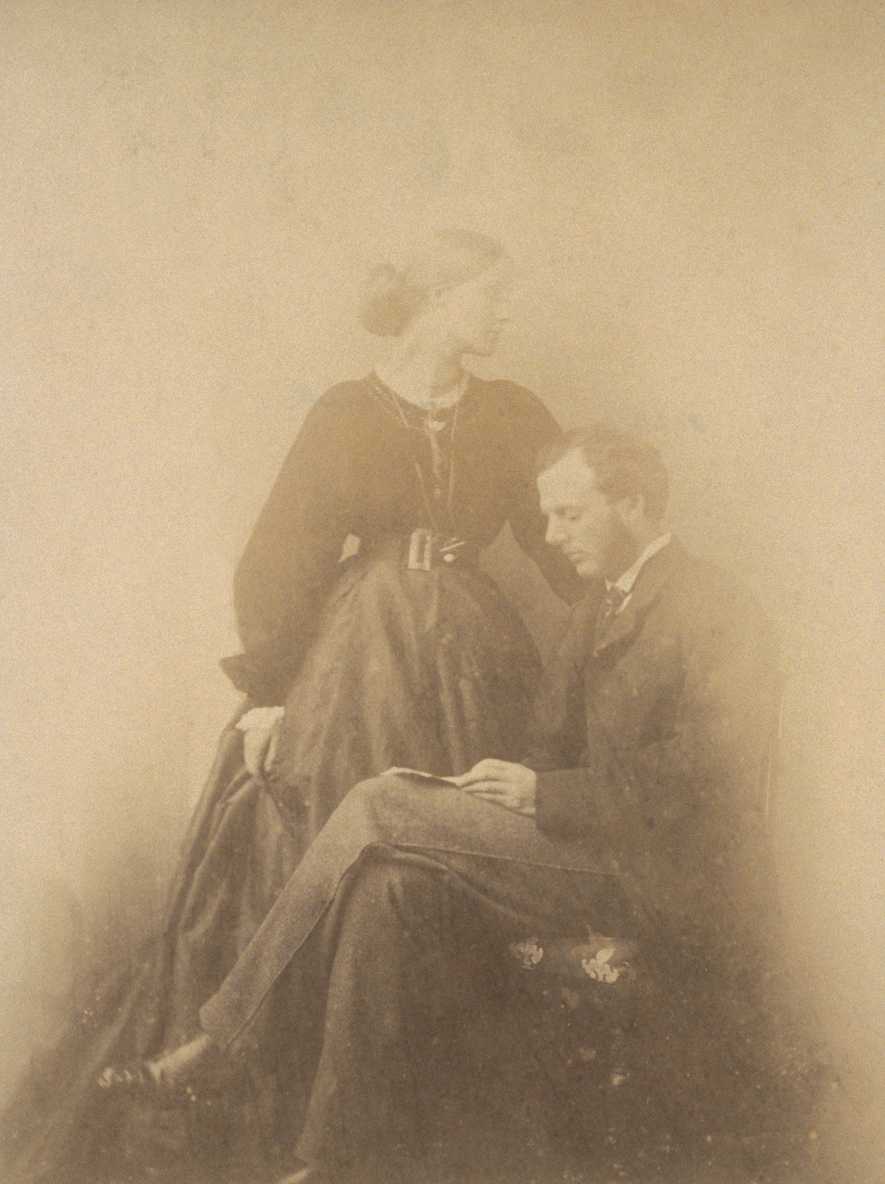 Julia Jackson (1846 – 1895) and Herbert Duckworth were married in 1867 when she was twenty-one years old. The marriage lasted three years and ended abruptly in 1870 by Herbert’s death and she was pregnant with their third child. They had three children: (George Duckworth b.1868, Stella Duckworth b.1869 and Gerald Duckworth b.1870), the last child being born after Herbert’s death. Julia was devastated.

In 1878 she married Leslie Stephen with whom she had four children, including Vanessa (Bell) and Virginia (Woolf). Julia Stephen was immortalised in fiction as Mrs Ramsay in Woolf’s To the Lighthouse of 1927. Years after her first husband’s death, Julia told her second husband Leslie Stephen that “no one had tasted more perfect happiness” than she had in her first marriage to Herbert Duckworth.