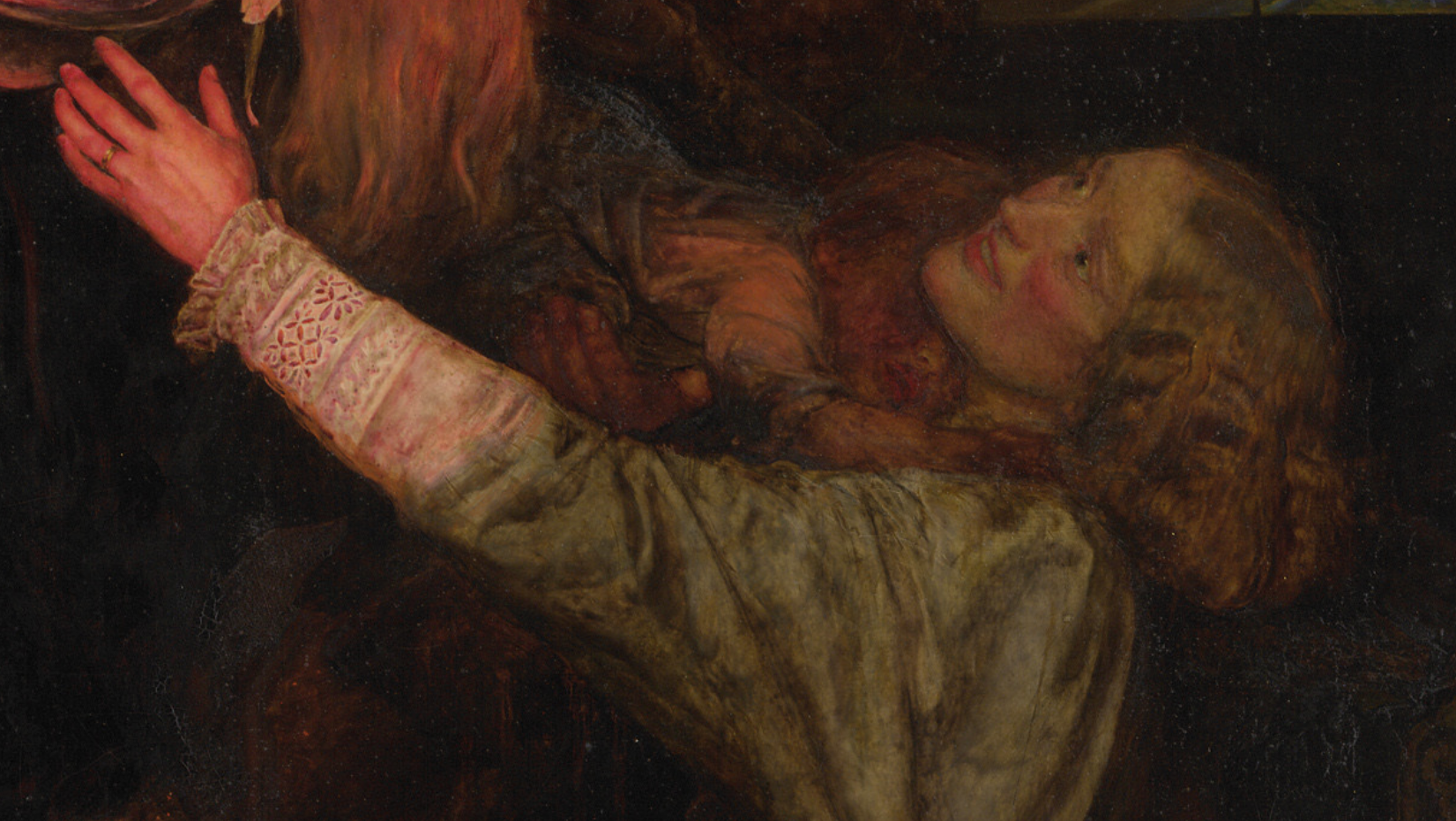 Apparently, Millais considered this to be his best painting and John Ruskin referred to it as the only truly great work exhibited at the Royal Academy in 1855. The mother figure is modelled by Jane Elizabeth Hughes, aka Jane Elizabeth Senior.

Described by Florence Nightingale as ‘a noble army of one’ on account of her work for pauper children, she was undoubtedly one of the great humanitarian women of the 19th century and was a co-founder of the British Red Cross, as well as the founder of the Metropolitan Association for Befriending Young Servants. She was the first woman civil servant in Whitehall. She had a wide circle of friends amongst her most eminent contemporaries, including Florence Nightingale, George Eliot, Tennyson, George Frederick Watts, Julia Margaret Cameron, Octavia Hill and many others.