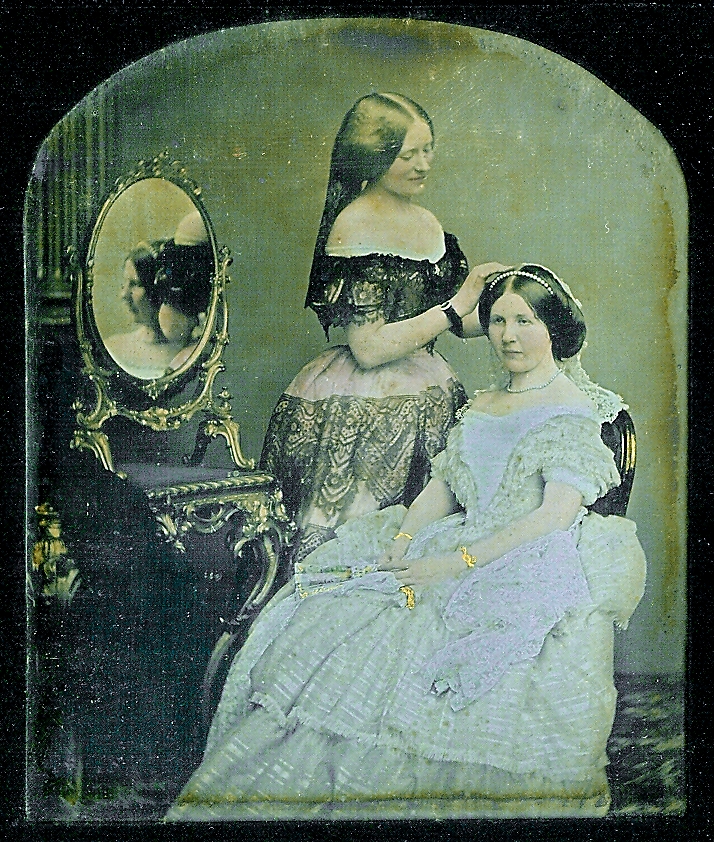 This photograph is in a leather wallet with ‘T. R. Williams, Photographer, 236 Regent Street’ engraved upon it. The photograph cannot have been taken before 1855 because that was the year in which T. R. Williams established his premises at 236 Regent Street. Her sister-in-law is Mary (Minnie) Senior, who was also painted by George Frederick Watts, see my other post here.

Humanitarian and philanthropist. Co- founder of the British Red Cross, founder of the Metropolitan Association for Befriending Young Servants and the first female civil servant in Whitehall.

Jane Elizabeth Hughes (‘Jeanie’ pronounced ‘Janey’) was born on 10th December 1828, the only daughter of John (1790-1857) and Margaret (1797-1887) Hughes of the Manor House, Uffington, Berkshire and later Donnington Priory, Newbury, Berkshire, and sister of Thomas Hughes, author of ‘Tom Brown’s Schooldays’. As the daughter of a minor country squire she was raised largely at home in a quiet rural atmosphere centred round family, friends and neighbours. The home life of the Hughes family has been immortalised in the early chapters of ‘Tom Brown’s Schooldays’.

In 1848 Jeanie married Nassau John Senior (1822-1891), only son of Nassau William Senior (1790-1864), the noted political economist and close friend of her father. The couple spent the early days of their married life at her father-in-law’s house in Hyde Park Gate, London, where Jeanie met many, if not most, of the leading religious, political and cultural figures of the day. Over time Jeanie was to develop friendships with some of her most eminent contemporaries, including Florence Nightingale, George Eliot, Tennyson, George Frederick Watts, Julia Margaret Cameron, Octavia Hill and many others. She was painted by both Watts and Millais and photographed by Cameron. She was a noted singer and her voice was used to test the acoustics of the new Albert Hall. Later the couple moved to Elm House, Lavender Hill, Battersea (later demolished to provide the site of the new town hall), then a semi-rural area. Lady Ritchie (Annie Thackeray) wrote of Elm House in ‘From the Porch’ (1913) that ‘Stately and charming people used to assemble at Elm House. It is an odd saying that people of a certain stamp attract each other. It was a really remarkable assemblage of accomplished and beautiful women who were in the habit of coming there, that home so bare, so simple yet so luxurious.’

Although Jeanie moved in Society, she would not have thought of herself in such terms at all. In fact, the family faced some severe financial struggles and, at one time, Jeanie gave singing lessons to supplement the family income. Unlike her brother Tom she was not by nature a fighter of great causes, she was too involved with the personal happiness and alleviation of the suffering of those around her; her way was to try for ‘practical beauty in life as far as in her lay, and happiness and deliverance from evil for others’. Nonetheless, she was deeply concerned, like many women in her position, at the appalling hardship and deprivation caused by the industrial revolution and she was particularly concerned about urban poverty and the suffering of young children, especially girls.

Jeanie was actively involved in a number of charitable undertakings and during the Franco-Prussian War (1870-71) was a tireless worker for the Red Cross, whose medal she received. She founded the Metropolitan Association for Befriending Young Servants, a scheme which ‘had results of a most wide-reaching and beneficial kind, and the girls of England owe an incalculable debt to the unceasing toil and loving forethought of Mrs. Nassau Senior’. In 1873 she became the first female civil servant when she was appointed by James Stansfield (1820-1898), President of the Local Government Board, as Assistant Inspector (and later Inspector) of Workhouses. She wrote an official report on pauper schools (‘Report by Mrs. Senior on Pauper Schools’, January 1874) which was critical of the existing arrangements. Her report caused a public furore with a lengthy (and, on her opponents’ side, a very ungentlemanly) battle with the vested interests in the ‘workhouse establishment’, carried out largely through the letters columns of the The Times. Jeanie bravely (and politely) stood her ground but she had to resign as a result of ill-health in December 1874. Jeanie went to recuperate at a cottage at Freshwater on the Isle of Wight (which she described as ‘the gate of heaven’) where she had the pleasure of the company of Tennyson, Watts, Cameron and other friends. To quote an article written by Walter Money shortly after her death:

‘Now there came a little more strength and the return to London with some resumption of work. But it was too much. She fell asleep on the 24th March, 1877. As one writes of her,

‘Surely a more beautiful life has scarcely ever been lived. Its very brevity seems almost in keeping. It was a concentration of sweetness and beauty which could, one would fancy, hardly have lasted longer than those 49 short years.’

If any lady of the 19th century, in England or abroad, could have been allowed to put in a claim for the credit of not having lived in vain, that woman, we honestly believe, was Mrs. Nassau Senior.’

In 1848 she married Nassau John Senior (1822-1891), a barrister. They lived in Knightsbridge and then Chelsea before moving to Elm House, Lavender Hill, Battersea and later back to Chelsea, where Jeanie died in 1877. He was the son of Nassau William Senior (1790- 1864) of Hyde Park Gate, London, a distinguished political economist and government advisor, Master in Chancery and first Professor of Political Economy at Oxford, and *Mary Charlotte Mair (1792- 1883) who, following her husband’s death, lived with Jeanie at Elm House. 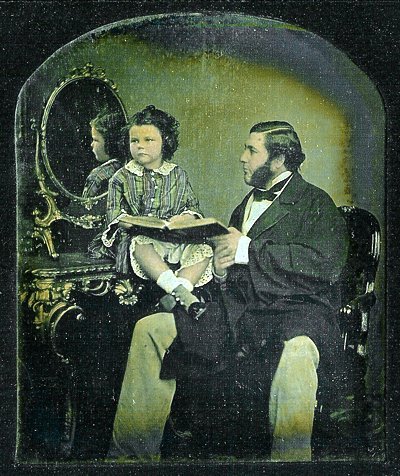