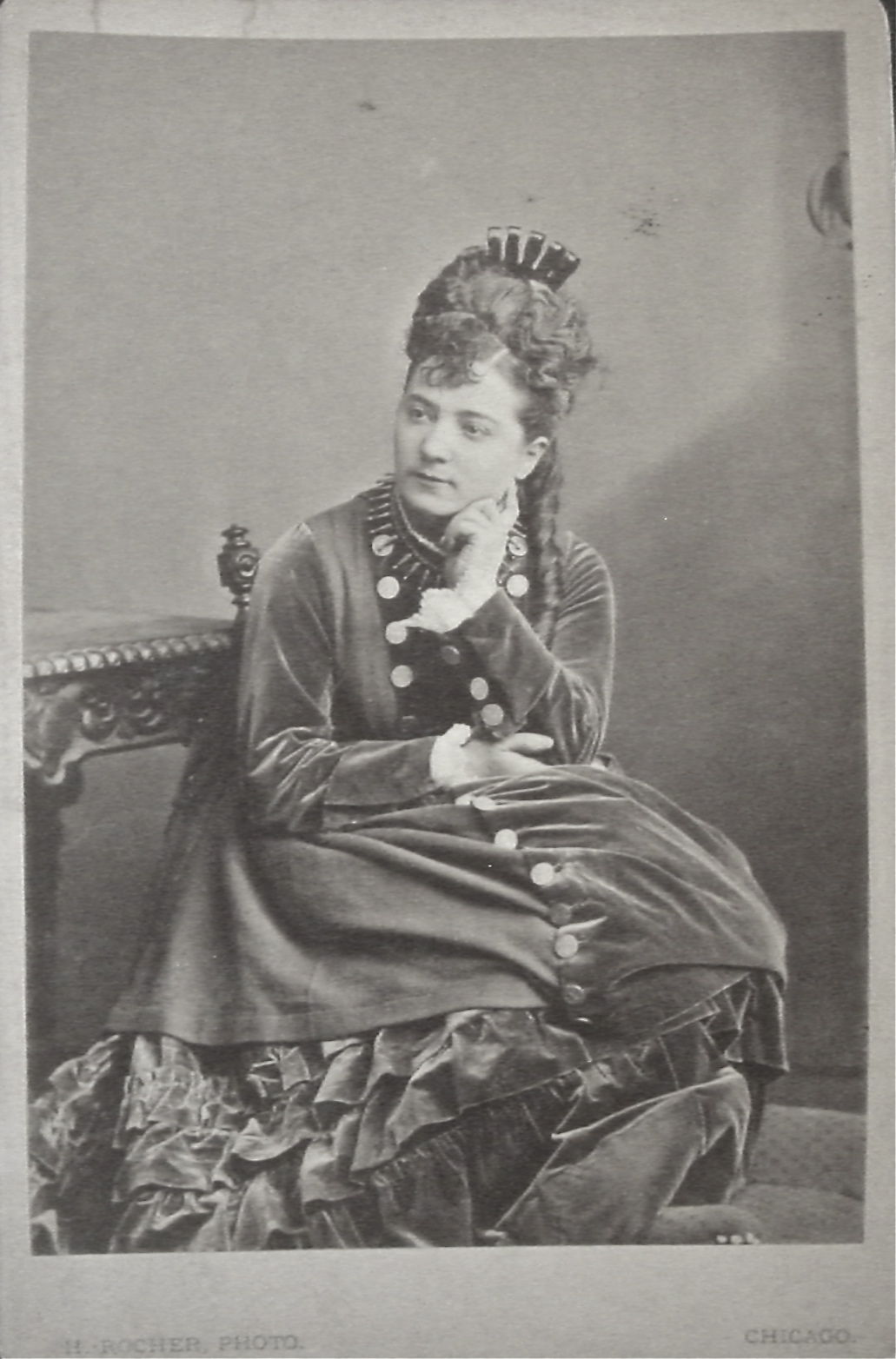 Jacques Offenbach elevated the strange, extravagant and frivolous genre of Opera Bouffe to the quintessential expression of his place and time–the Third Empire in France–by burlesquing the vanity of its politics and the hypocrasy of its manners. His success in capturing an audience for his audacious send-ups depended in part on his ability to call upon artists such as Marie Aimee whose playfulness, worldliness, and wit shone in every vocal inflection and gesture.

Born Aimee Tranchoa, Marie Aimee was the great ambassadoress of Parisian wit to the Americas introducing audiences in the United States, Mexico, and Cuba to the Grand Duchess, Perichole, Helene, and Boufetie. She radiated sufficient mystique and enough charming ambiguity in her characterization, that audiences couldn’t say definitely whether she was naughty or nice. She always seemed somehow both. She had a singular ability to convey the sense that she was enjoying herself in every song she sang. Her vitaility made even her more artificial characters seem living breathing creatures.

One reason Aimee took such great delight in what she performed was her habit of cutting scenes and dialogue that she did not like from her performances. Because of the critical hubbub that this occassioned, she rarely played in Paris, leaving Hortense Catherine Schneider the principle interpreter of Offenbach’s feminine roles in the metropolis. Listeners in the world at large took less umbrage at the surgery she performed on libretti.

Her series of successful productions began with 1870’s “Barbe Bleu” in which she played Boulette at the Grand Opera House. Hit piled upon hit–“La Grande Duchesse,” “Genevieve de Brabant,” “La Perichole,” “La Petite Mariee,” “La Fille de Mme Angot” (she created the role of Clairette), “La Jolie perfumeuse,” and “La Boulangerie a des eeus.” She made a number of songs wildly famous, including “Pretty as a Picture.”

In 1883 her voice failed and she remade herself as a comic actress in English language work such as “Divorcons” and “Mam’zelle.” She died in Paris as the result of an operation in 1887 and her funeral was not well attended, her fame having been greater in the Western hemisphere than in France.