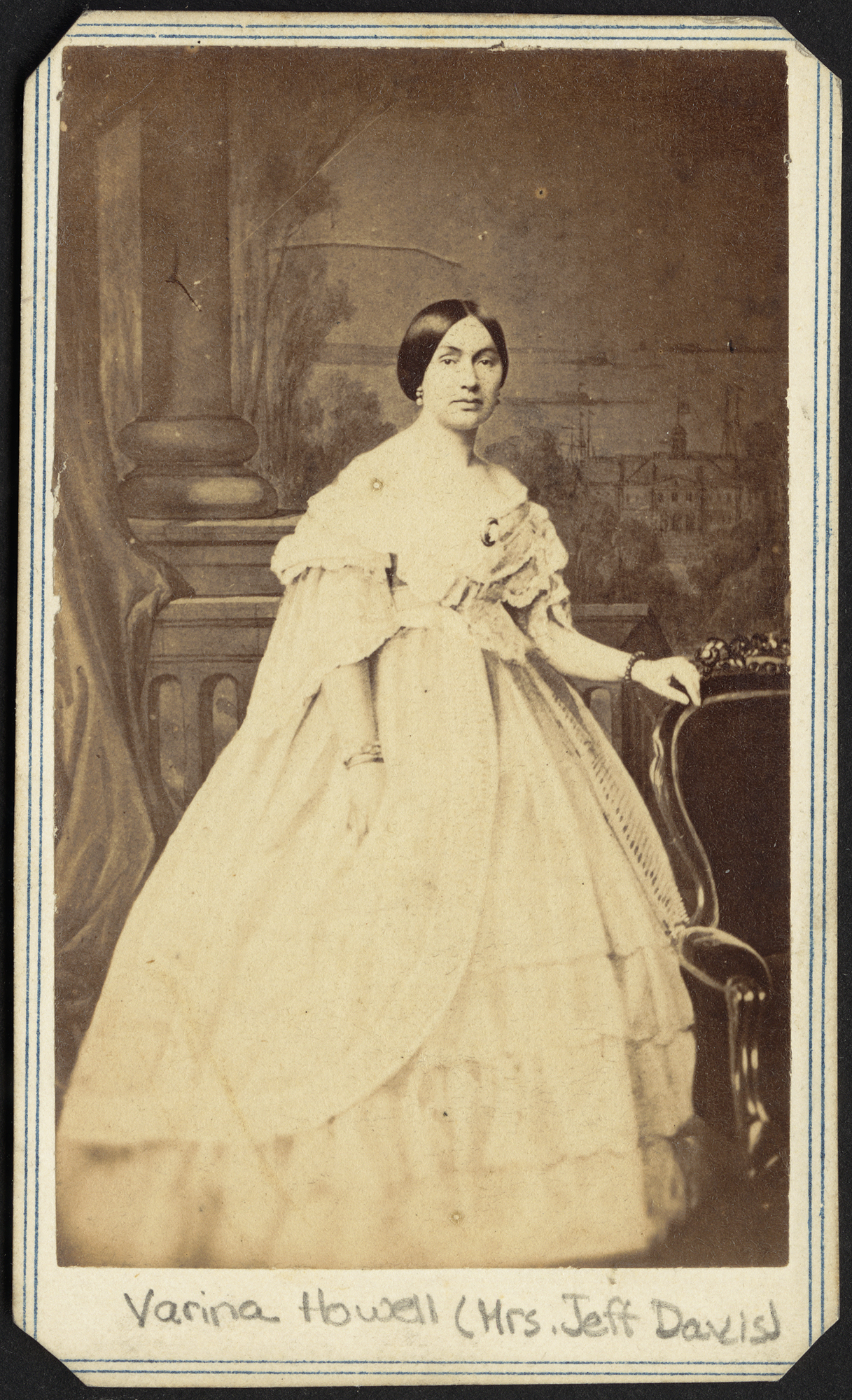 I wonder: are these two different, but similar, photos, or is it one and the same photo but with a different backdrop and some retouching (like the ribbon bow at her waist, visible in the second photo)?

Varina Anne Banks Howell Davis (May 7, 1826 – October 16, 1906) was the second wife of the politician Jefferson Davis, who became president of the Confederate States of America in 1861. She served as the First Lady of the new nation at the capital in Richmond, Virginia, although she was ambivalent about the war. Born and raised in the South and well educated in Philadelphia, she had family in both regions and unconventional views for a woman in her public role. She supported the Confederacy’s position on slavery and states’ rights.

Davis became a writer after the American Civil War, completing her husband’s memoir. She was recruited by Kate Davis Pulitzer to write articles and eventually a regular column for her husband Joseph Pulitzer’s newspaper, the New York World. In 1891 after her husband’s death, Davis moved to New York City to live full-time there with her daughter Winnie. She very much enjoyed living in New York and in the late nineteenth century, she acted to reconcile prominent figures of the North and South.