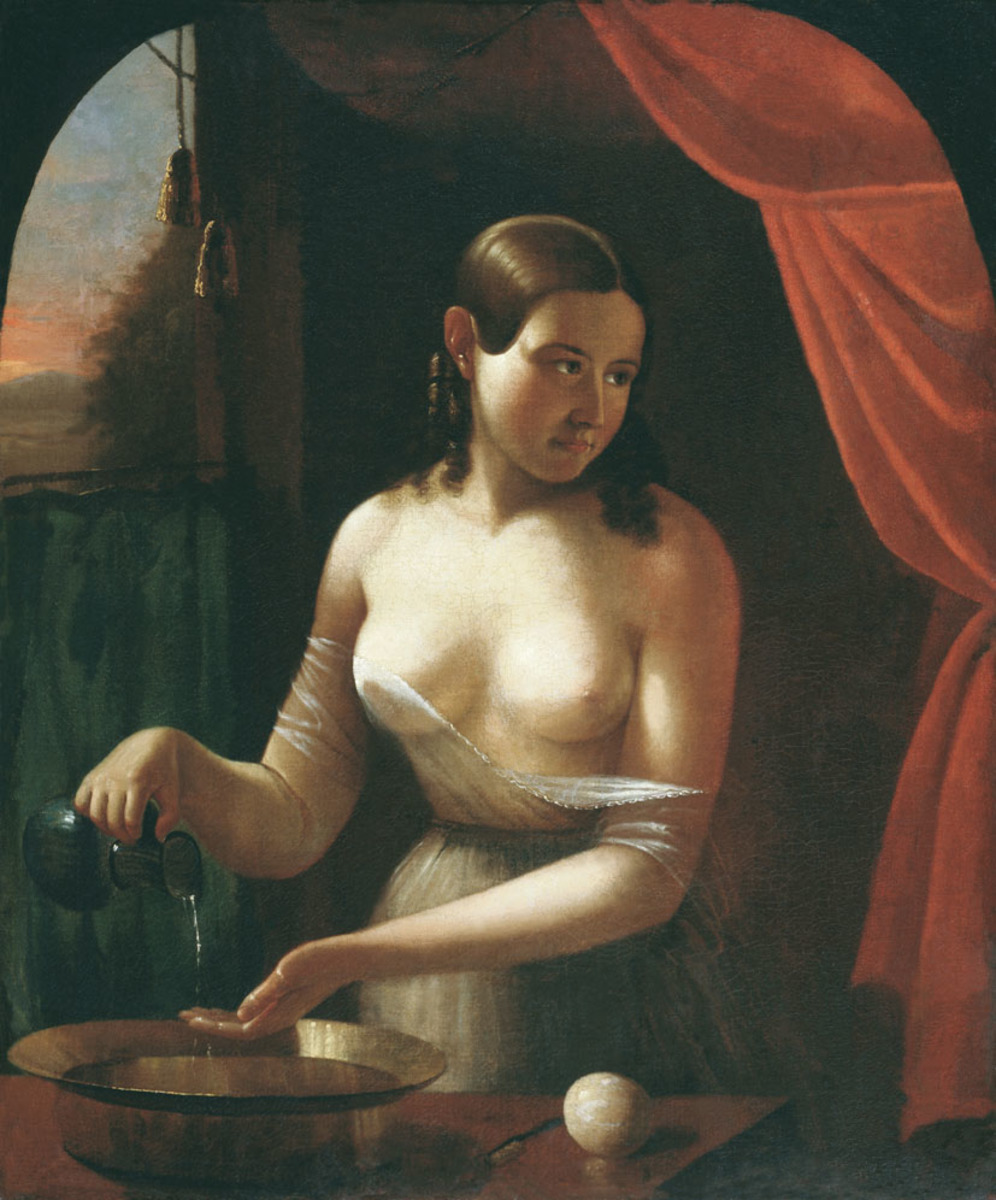 Vittoria Candida Rosa Caldoni (6 March 1805, Albano Laziale – 1872?/1890?, Russia) was the most popular model among the German artists residing in Rome in the early nineteenth-century; especially those associated with the Nazarene movement. Over 100 paintings with her image have survived.

She was the sixth of nine children born to a winemaking family, and one of five that survived to adulthood. At the age of fifteen, she was “discovered” by August Kestner and was brought to Rome to work as a model. This proved to be very profitable for her family, enabling them to move into larger quarters and begin renting rooms to travelers; mostly artists.

One of their tenants was an aspiring Ukrainian painter named Grigory Ignatevich Lapchenko. She married him in 1839 and emigrated to Russia, where they apparently had at least one son. Grigory became seriously ill with an unspecified condition that affected his eyesight, so he had to give up his plans to become a painter and worked as a minor government official.

Her life in Russia was not well documented (which was common there at that time), so no reliable information exists regarding her date and place of death. It is assumed that her life there was mundane and financially difficult.

Many artists considered her to be an ideal female figure. She was generally portrayed in local costume or allegorical garb, often with attributes that referred to representations of the Madonna. The exact number of paintings she sat for is unknown and many were destroyed, especially during World War II. There are also a few portrait busts. Complicating matters is the fact that many images of her were not done from life. A portrait of her by Pablo Picasso is an obvious example of this.