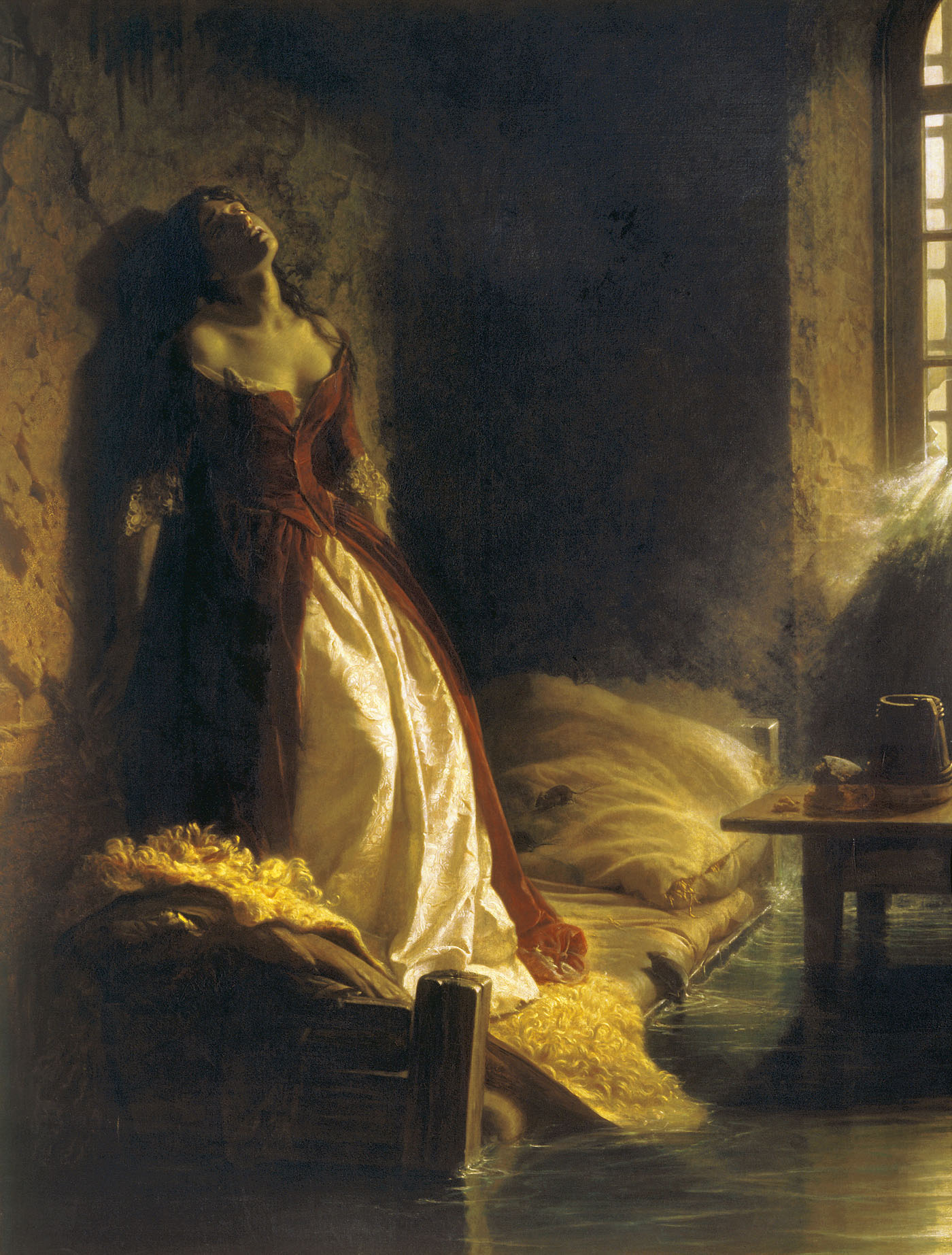 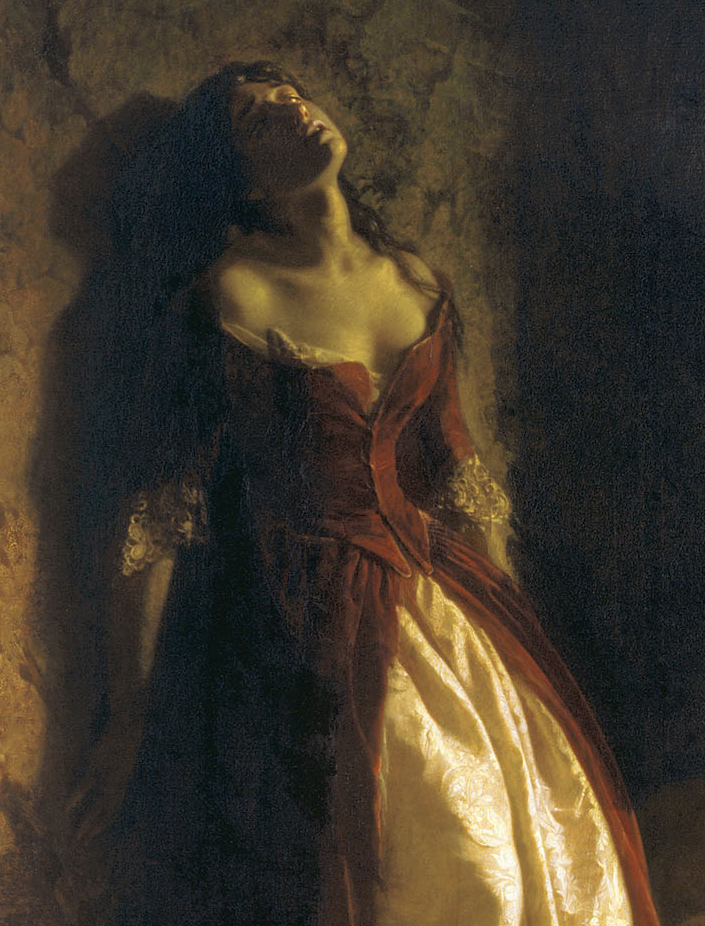 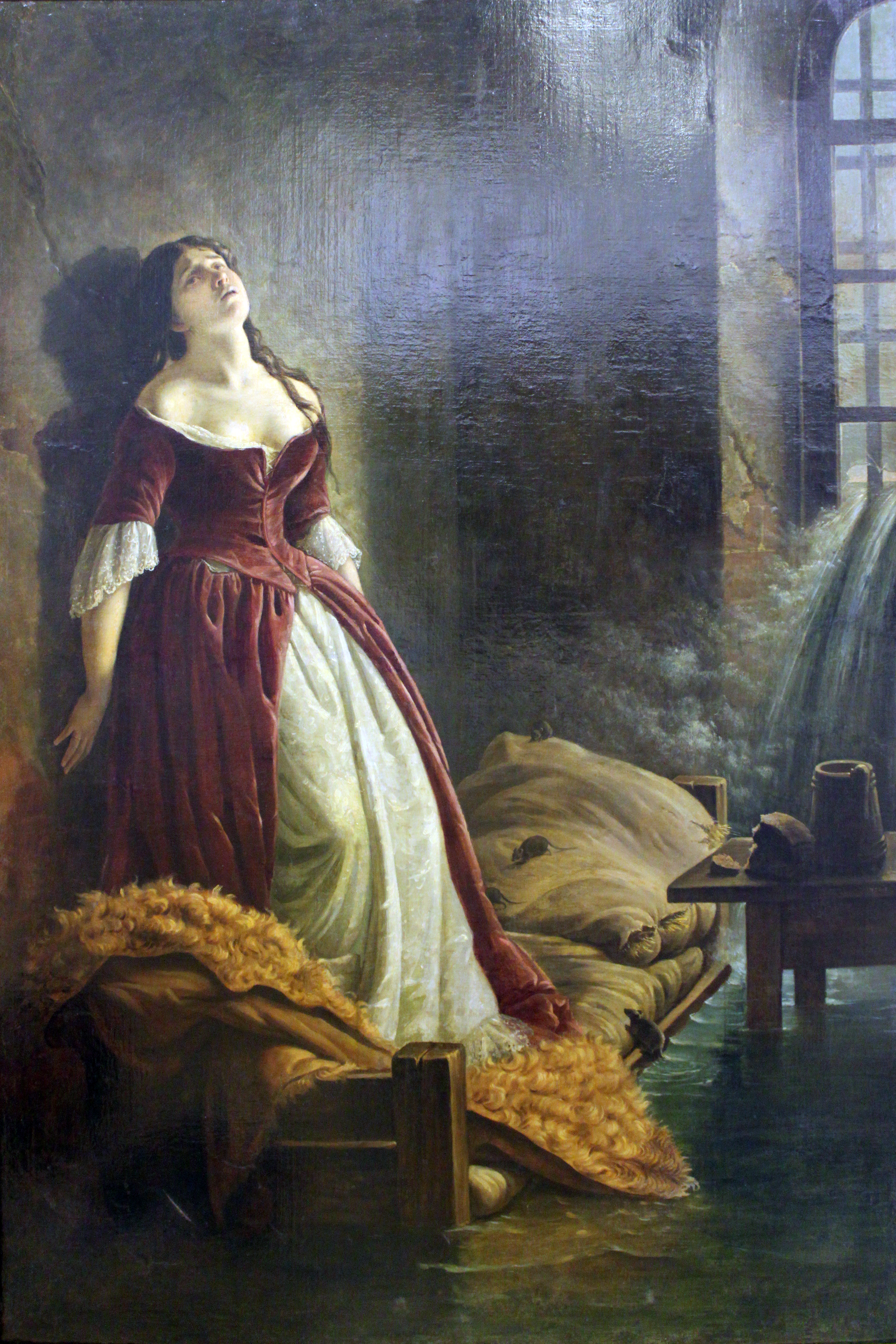 Princess Tarakanova (ca. 1745 – 1775), was a pretender to the Russian throne. She styled herself, among other names, Knyazhna Yelizaveta Vladimirskaya (Princess of Vladimir), Fräulein Frank, and Madame Trémouille.

Tarakanova claimed to be the daughter of Alexei Razumovsky and Elizabeth of Russia, reared in Saint Petersburg. Even her place of birth, however, is not certain, and her real name is not known. She is known to have traveled to several cities in Western Europe; she became a mistress of Philipp Ferdinand of Limburg Stirum and lived off his money in the hope that the count would marry her.

She was eventually arrested in Livorno, Tuscany by Alexei Grigoryevich Orlov, who had been sent by Empress Catherine II to retrieve her. Orlov seduced her, then lured her aboard a Russian ship, arrested her, and brought her to Russia in February 1775. She was imprisoned in the Peter and Paul Fortress, where she died of tuberculosis that December. She was buried in the graveyard of the Peter and Paul Fortress.

A popular theory postulates that her death was faked and she was secretly forced to take the veil under the name “Dosifea.” This mysterious nun was recorded as living in Ivanovsky Convent from 1785 until her death in 1810.

A 1910 movie about Princess Tarakanova:

A 1930 French film Tarakanova in which she is played by Édith Jéhanne.

In 1950, a joint UK/Italian movie titled Shadow of the Eagle was produced about the seduction mission by Alexei Orlov of Princess Tarakanova, with Valentina Cortese portraying Tarakanova and Richard Greene in the role of Count Orlov. Tarakanova is painted as a real princess who is a threat to Catherine the Great both politically and in royal lineage, not a pretender to the throne of Russia. The story portrays Orlov as a much more sympathetic character and betrayer to Catherine the Great, in that he allies himself to Tarakanova’s body and soul while claiming false allegiance to Catherine. The events in the movie follow history authentically until the meeting of Princess Tarakanova and Orlov takes place and the ending which alters actual real-life events, in that Orlov releases Tarakanova from prison in Russia after a daring raid and they live happily ever after, so this movie becomes a wildly fictional tale.

In 1990 an award winning Soviet film production titled “The Royal Hunt” was released based on a play by Leonid Zorin of the same title. It told the story of the life and adventures around Europe of Princess Tarakanova and the operation by Alexei Orlov to trick and capture her.