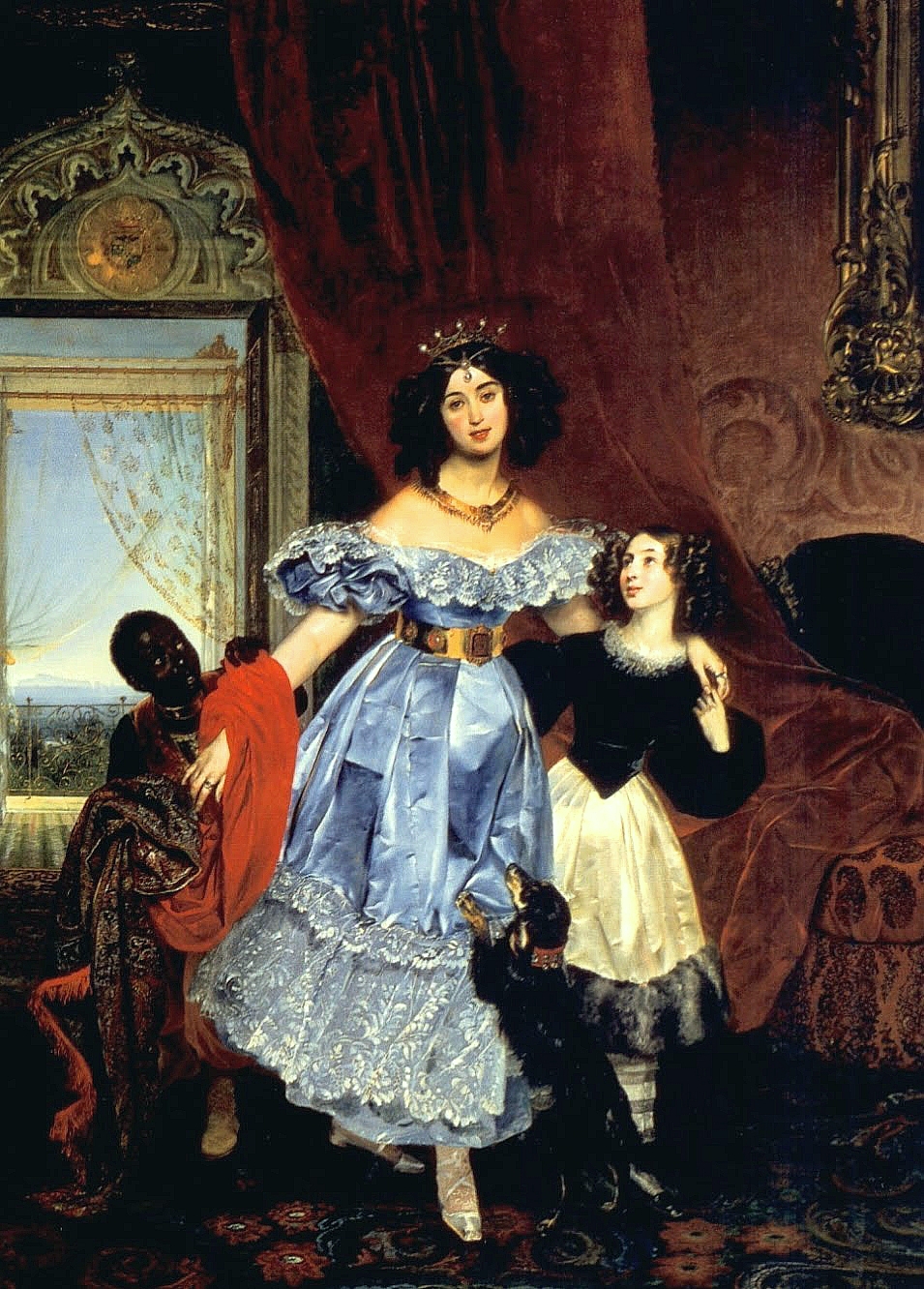 Countess Yuliya Pavlovna Samoylova (née Yuliya von der Pahlen; 1803—March 14, 1875) was a granddaughter of Count Martyn Skavronskiyand the last scion of Skavronskiy family. She was born to Pavel von der Pahlen and Mariya Skavronskaya, but grew up in the house of Count Yuliy Litta due to early death of her mother. Samoylova became an owner of Grafskaya Slavyanka manor (now Antropshino), near Tsarskoye Selo and a holder of several masterpieces. On January 25, 1825 she married Count Nikolai Samoylov, but later divorced him as well as several other persons. Samoylova had strong affiliations with Karl Briullov, whose The Last Day of Pompeii among others shows the idealized figures of himself and Samoylova. In 1840 Samoylova sold Grafskaya Slavyanka and left Russia for Italy. She was buried at Père Lachaise Cemetery in Paris.

Karl Briullov’s portrait of his intimate friend Countess Julia Samoilova is perhaps the artist’s most important work in a museum outside Russia. Painted shortly after his monumental Last Day of Pompeii (1832; State Russian Museum, St. Petersburg), the portrait marked the pinnacle of Briullov’s long sojourn in Italy and endured as one of the many tributes he painted to the beauty and friendship of the countess.  Samoilova became a longtime resident of Italy after she incurred the displeasure of Nicholas I with her extravagant social life. The wealthy countess entertained the intellectual elite of her day, including the Russian writers Turgenev and Zhukovskii and the Italian composers Donizetti, Verdi, and Giovanni Pacini. To Briullov, she epitomized femininity and beauty, and he portrayed her in a scene of joyful welcome and fashionable elegance.