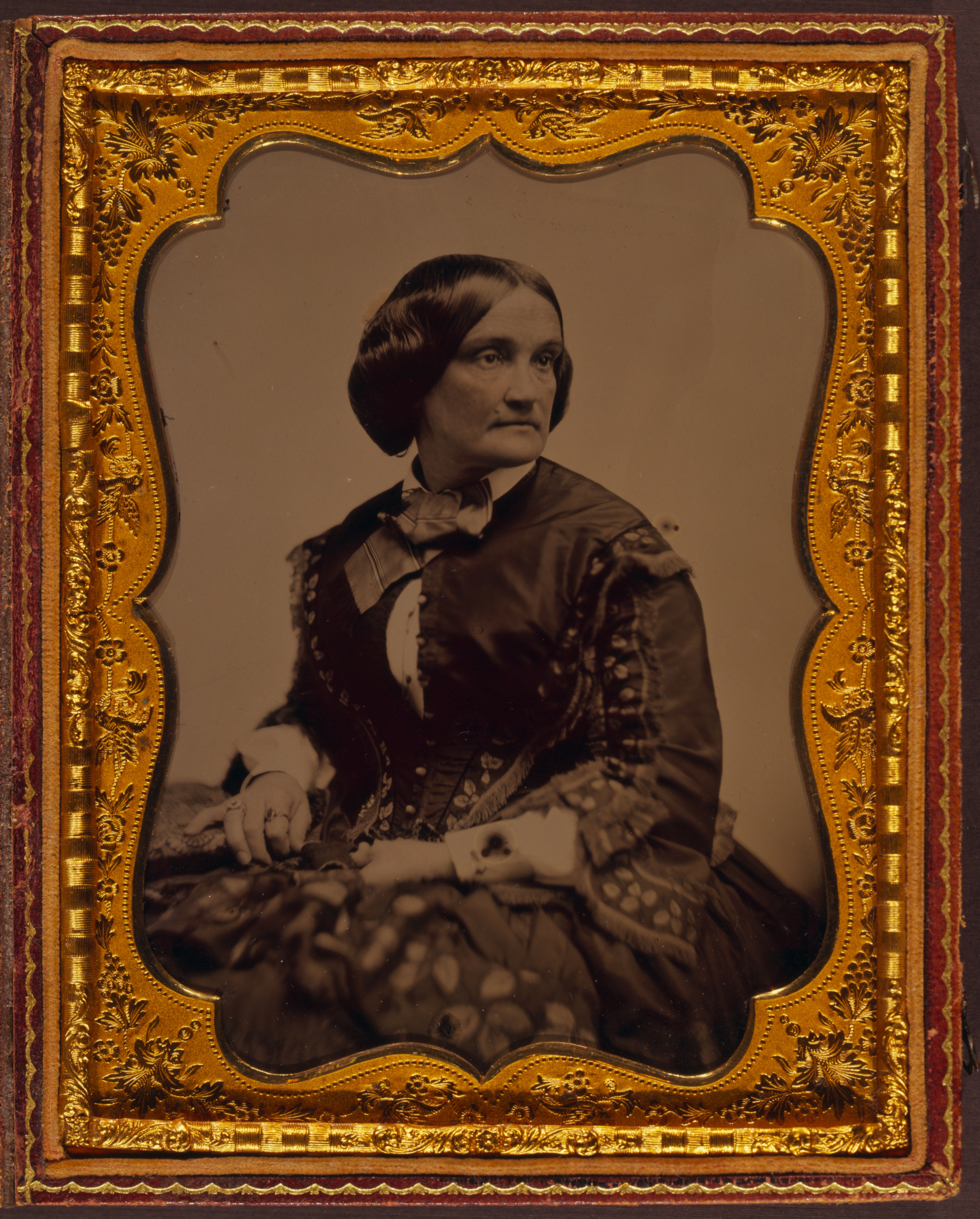 The Library of Congress recently purchased two rare photographic portraits of Cushman. These striking images complement her extensive papers, which are in the Library’s Manuscript Division. The half-plate ambrotype portrait is the only known ambrotype of Cushman and shows her wearing an elaborately embroidered dress.

Both portraits were made in the 1850s. The unusual half-plate daguerreotype is the only known vignetted portrait among twelve surviving daguerreotypes of Cushman. Only a few studios worked in this artistic style, where a black border frames the portrait. 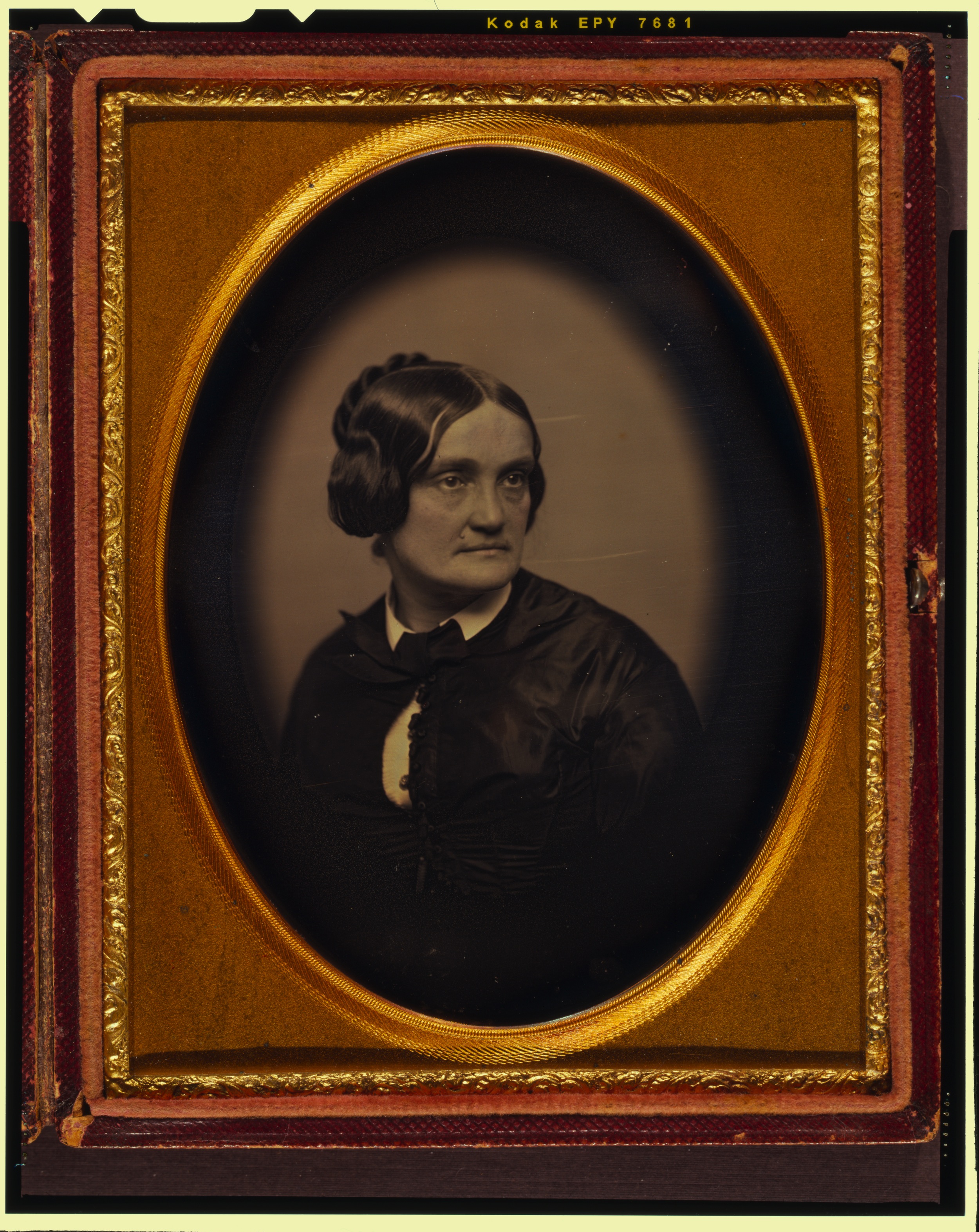 Charlotte Cushman (1816-1876) was one of the most famous actresses in the world during the mid-1800s. Her acting career spanned four decades. She performed many roles in plays by William Shakespeare, such as Lady Macbeth in Macbeth, Queen Katherine in Henry VIII, and even Romeo in Romeo and Juliet. While performing in Washington, D.C., Cushman’s audiences included President Lincoln and William H. Seward. Cushman died of breast cancer on February 17, 1876.

Via: Library of Congress