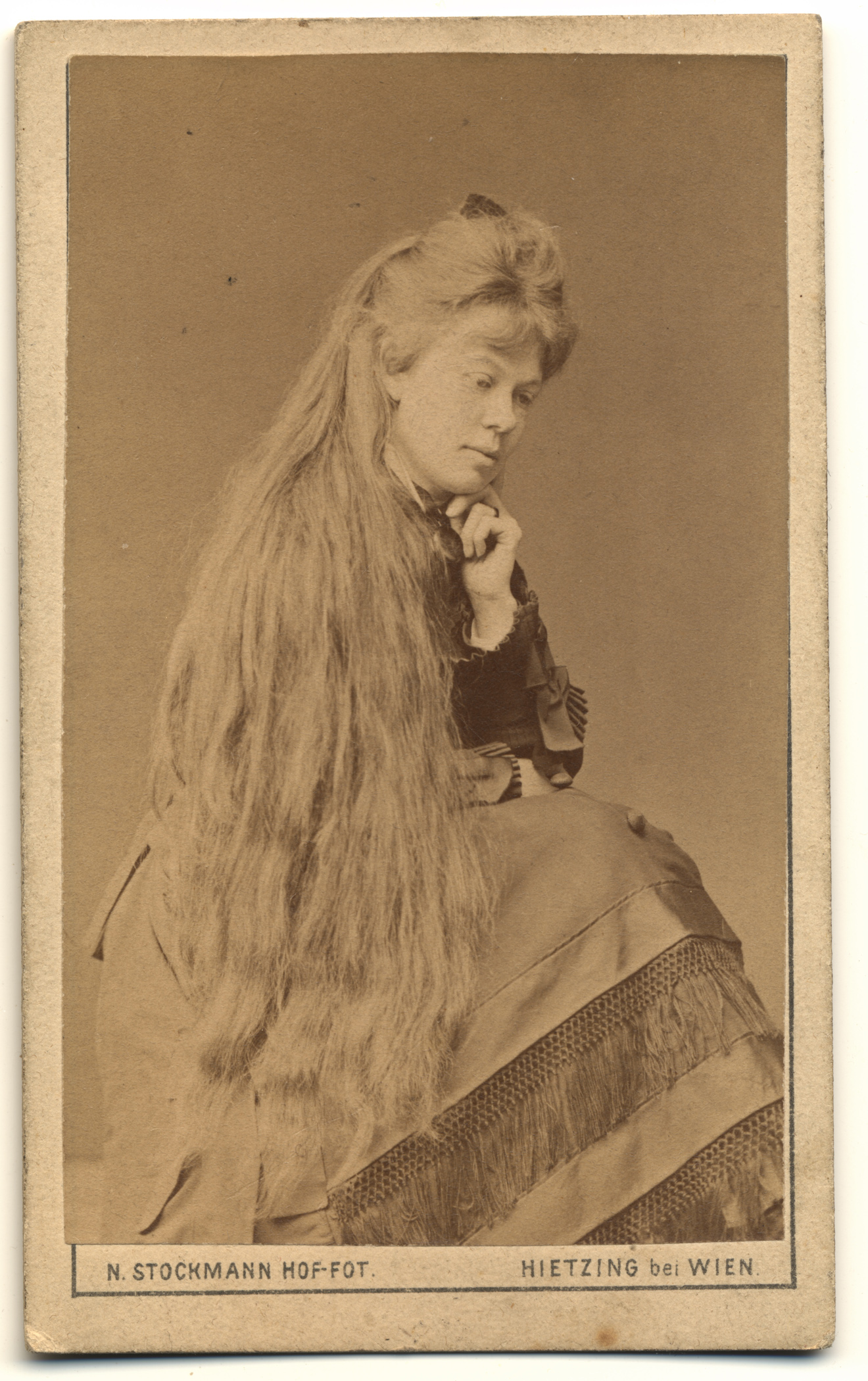 Below a photo of the same lady with her hair up: 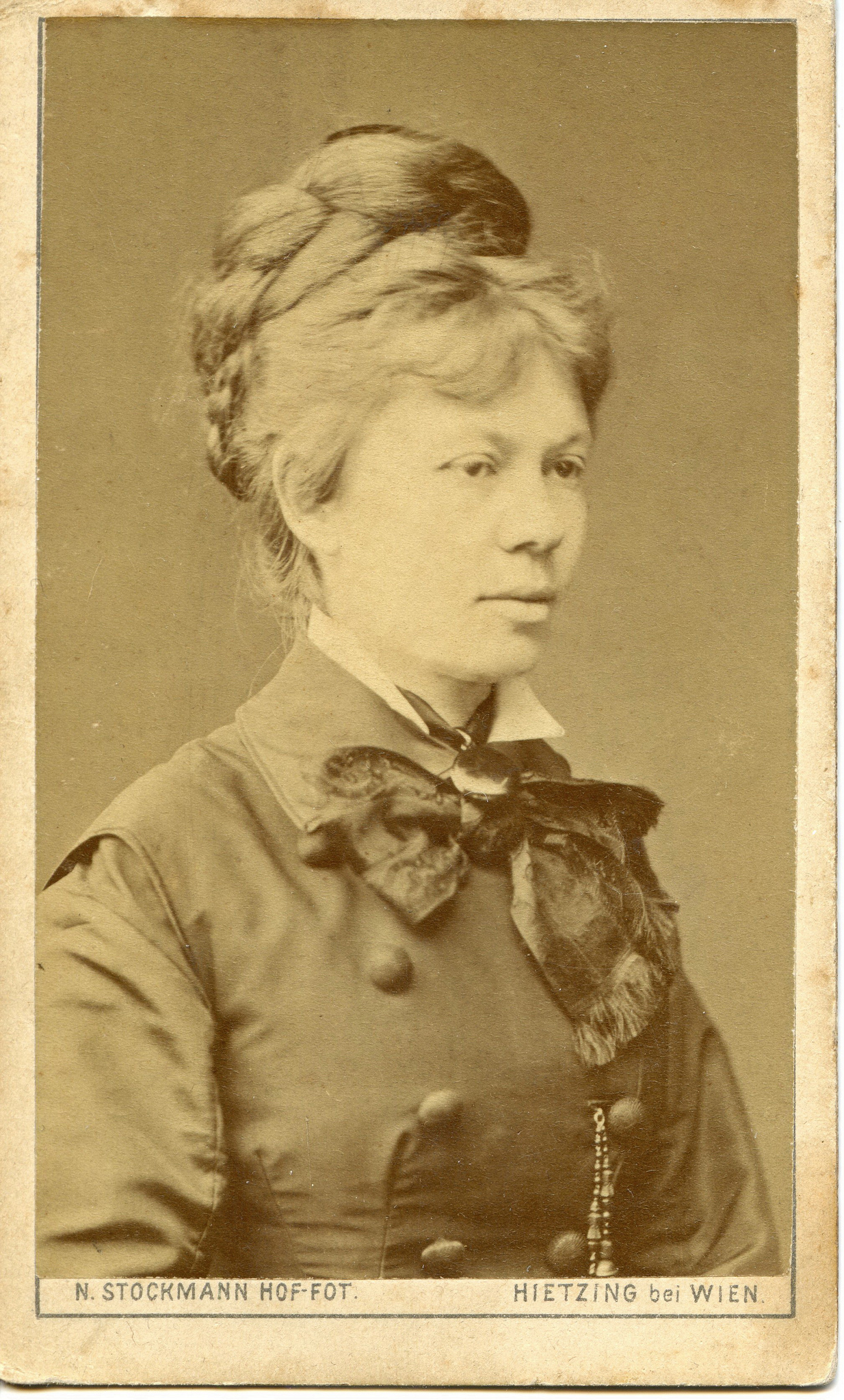 Later he had 16 studios in Vienna, running some of them with his Serbian origin wife, Wilhelmine (Wilma) Lekitsch, widowed Schuschmann and his daughter Olga, later with his son-in-law: Fritz Knozer. Wilma Stockmann made portrait of Alexandre Dumas père, and run studio after death of Stockmann.