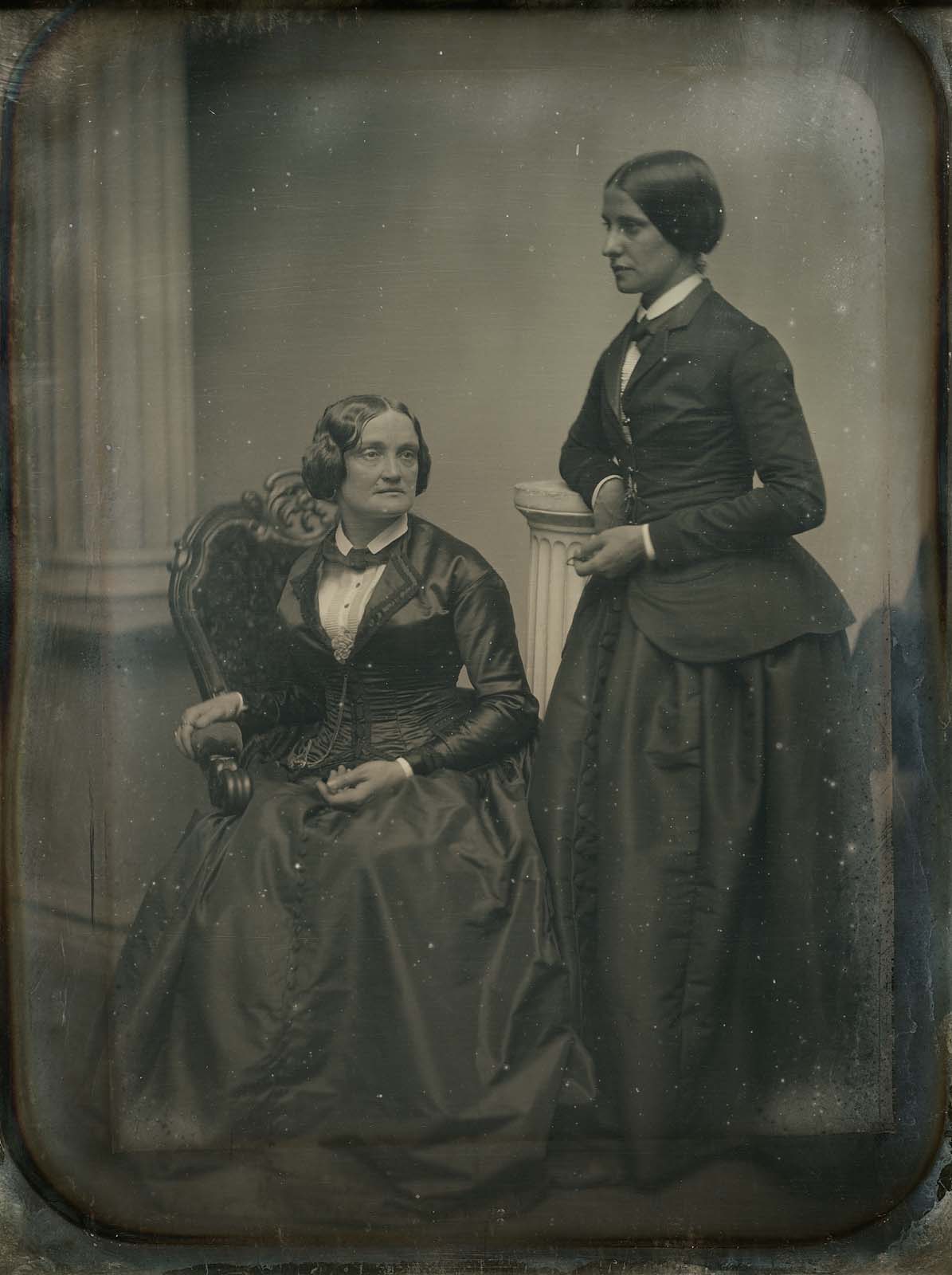 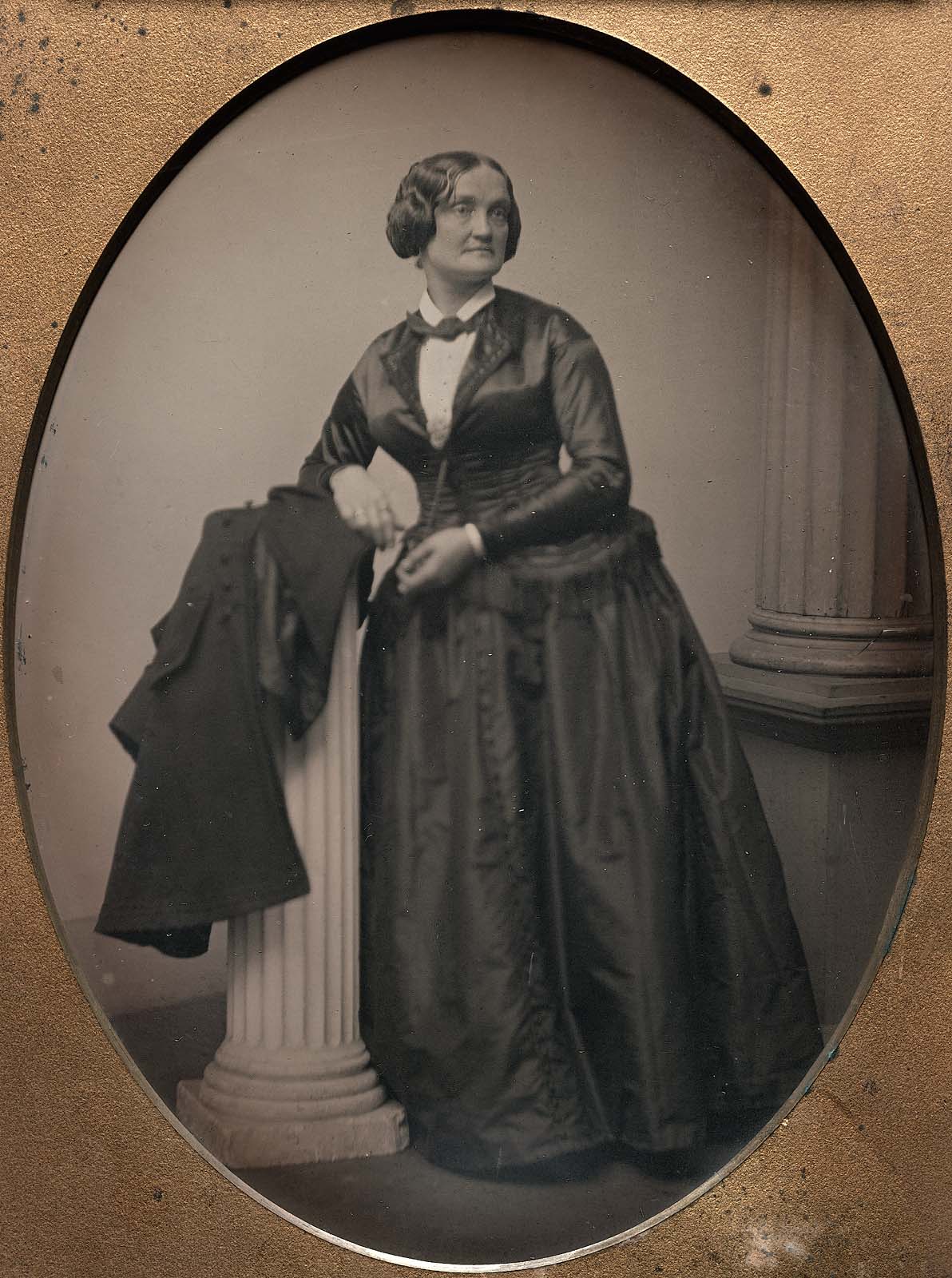 Charlotte Saunders Cushman (July 23, 1816 – February 18, 1876) was an American stage actress. Her voice was noted for its full contralto register, and she was able to play both male and female parts. She lived intermittently in Rome, in an expatriate colony of prominent artists and sculptors, some of whom became part of her tempestuous private life.

Matilda Mary Hays (8 September 1820 – 3 July 1897) was a 19th-century English writer, journalist and part-time actress. With Elizabeth Ashurt, Hays translated several of George Sand‘s works into English. She co-founded the English Woman’s Journal. Her love interests included the actress Charlotte Cushman, with whom she had a 10-year relationship, and the poet Adelaide Anne Procter.

Matilda Hays and Charlotte Cushman met after 1846, but by 1848. Soon after, they began a lesbian affair and in Europe were publically known as a couple. They had a relationship for nearly 10 years and were known for dressing alike. Elizabeth Barret Browning has commented, “I understand that she (Cushman) and Miss Hays have made vows of celibacy and of eternal attachment to each other — they live together, dress alike,… it is a female marriage.” They wore tailored shirts and jackets and Matilda was often referred to by their friends as Mathew or Max.

In 1852 Cushman retired from the stage and joined Hays in Rome, Italy, where the lived in an American expatriate community, made up mostly of lesbian artists and sculptors. In 1854, Hays left Cushman for lesbian sculptor Harriet Hosmer, which launched a series of jealous interactions among the three women. Hays eventually returned to live with Cushman, but the tensions between her and Cushman would never be repaired. By late 1857, Cushman was secretly involved with lesbian sculptor Emma Stebbins. One night while Cushman was writing a note, Hays walked in, suspected that the note was to Stebbins, and demanded to see it. Cushman refused and Hays became mad and chased her round the house, hitting her with her fists. The relationship ended and Hays sued Cushman, claiming that she sacrificed her career to support Cushman’s career. Cushman made a payment to Hays and their relationship ended.

Here is another portrait of the two women, 1858, wearing the same bodice jacket as in the above photo: 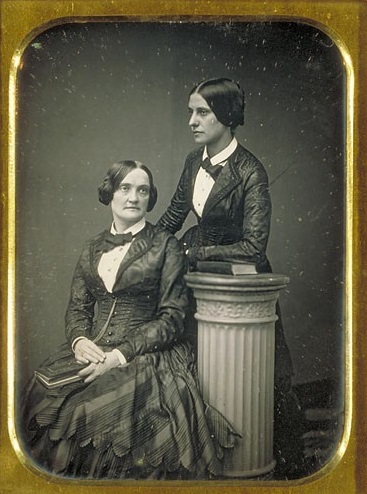