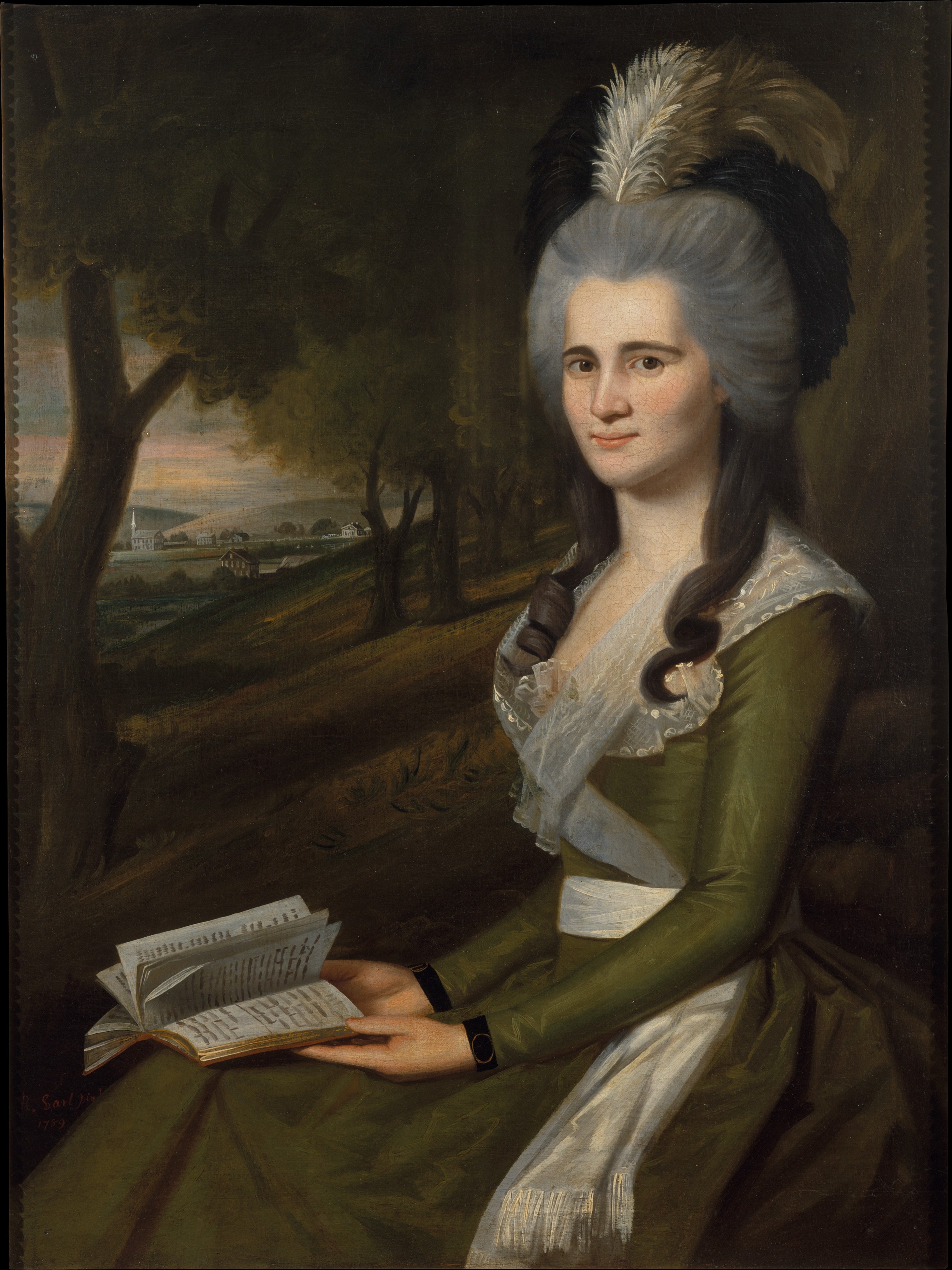 The Connecticut portraits Earl painted after returning from a seven-year stay in England are his greatest works as they combined his natural talents with the lessons he had gleaned from English art of the period. He rendered most of this portrait of Esther Boardman (1762–1851) in deep shades of green and brown to highlight his sitter’s striking face. Her alert gaze suggests intelligence, and her coiffure and wraparound dress, or levite, reveal her to be at the height of fashion, as was her brother, Elijah Boardman (whose portrait is to be seen at this link here). The background shows the town of New Milford, which the Boardman family had been instrumental in settling.