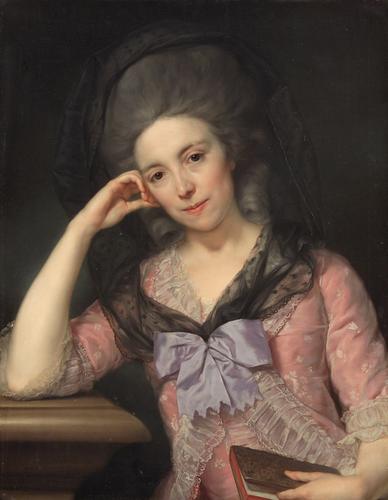 By their marriage, she and Lord Bristol had four sons and three daughters:

When the Bishop Lord Bristol died in 1803, his son Frederick succeeded as 5th Earl of Bristol as well as to the family estates including Ickworth House. The title of Baron Howard de Walden however passed to his great-grandson Charles Ellis, son of the 1st Baron Seaford, son of The Hon. Elizabeth Hervey (only child of Jack, Lord Hervey).

This is another painting of Elizabeth with her daughter Louisa Theodosia, a lot less charming than the above portrait: 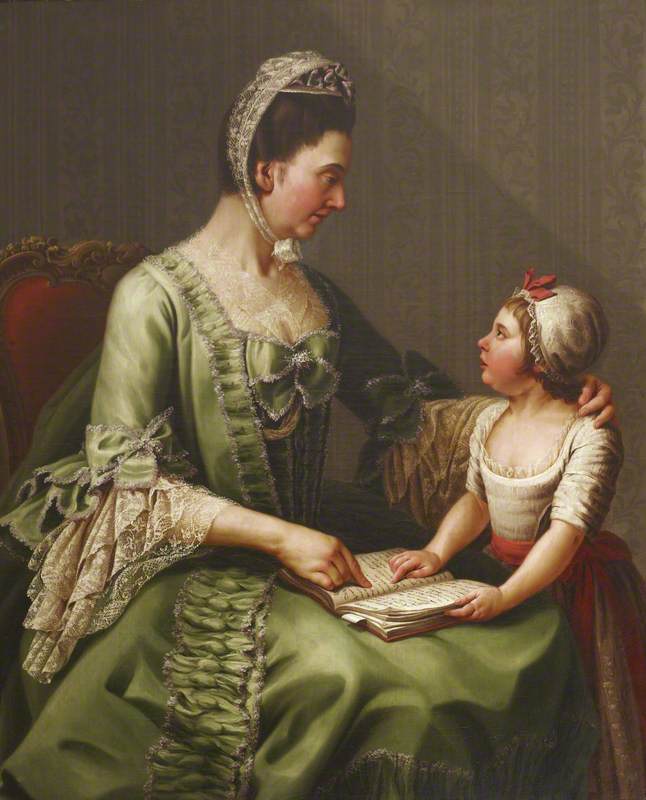 There is another portrait of her daughter Louisa, see my other post here.