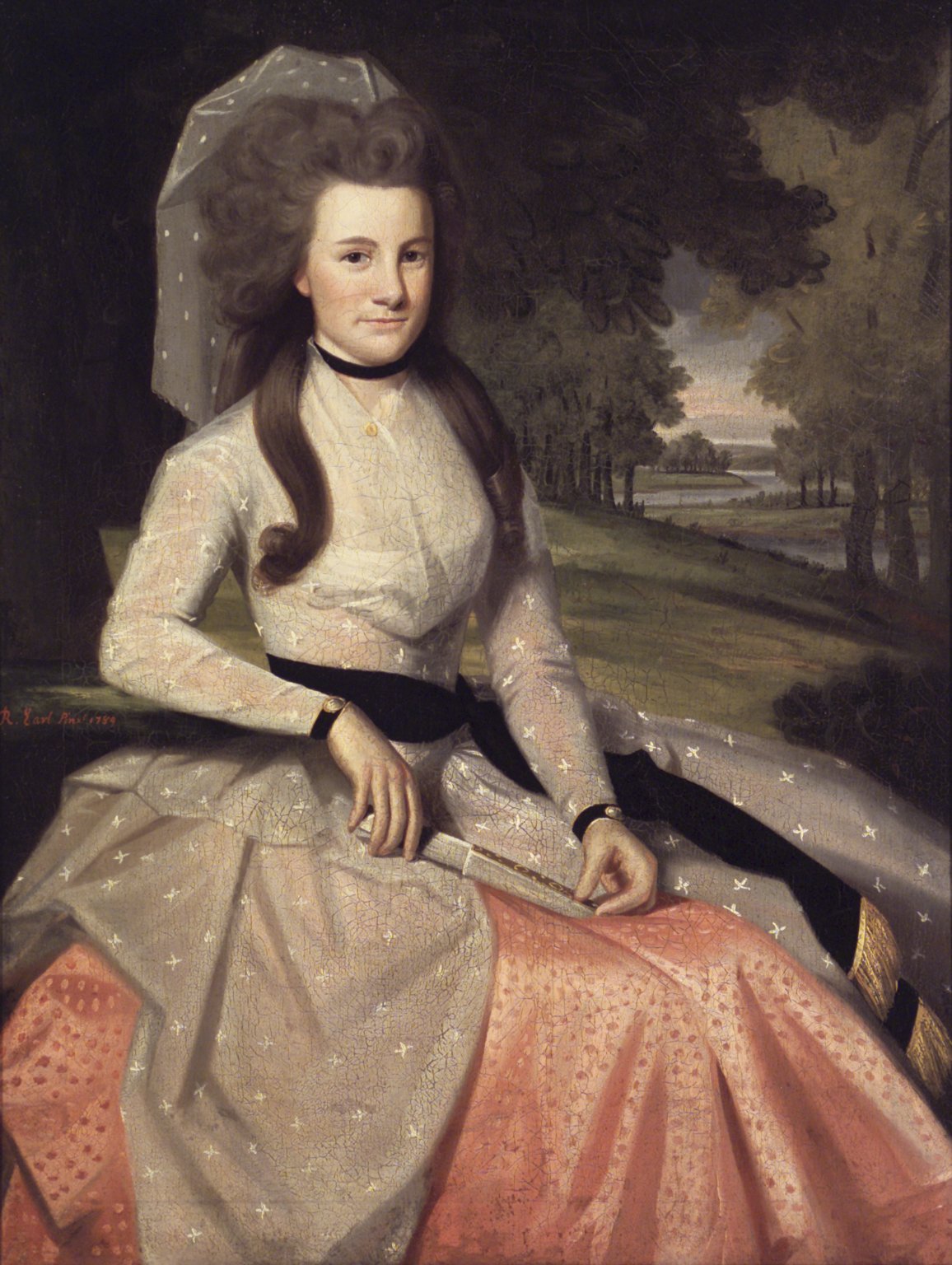 ” Ralph Earl depicted Clarissa Seymour seated elegantly before an expansive landscape backdrop. A Loyalist, Ralph Earl fled to London shortly after the War of Independence. There he learned the conventions of the English Grand Manner style, including an idealized representation of the sitter and an ornate setting. This portrait was created after Earl returned (in 1785) to America, during his most prolific period as a portraitist to the gentry in rural Connecticut. Earl’s style became increasingly rigid as he satisfied his American patrons’ desire for greater attention to detail. Here the meticulous description of Seymour’s luxurious European garment emphasizes her ability to acquire expensive European textiles, and hence her wealth and social status. “