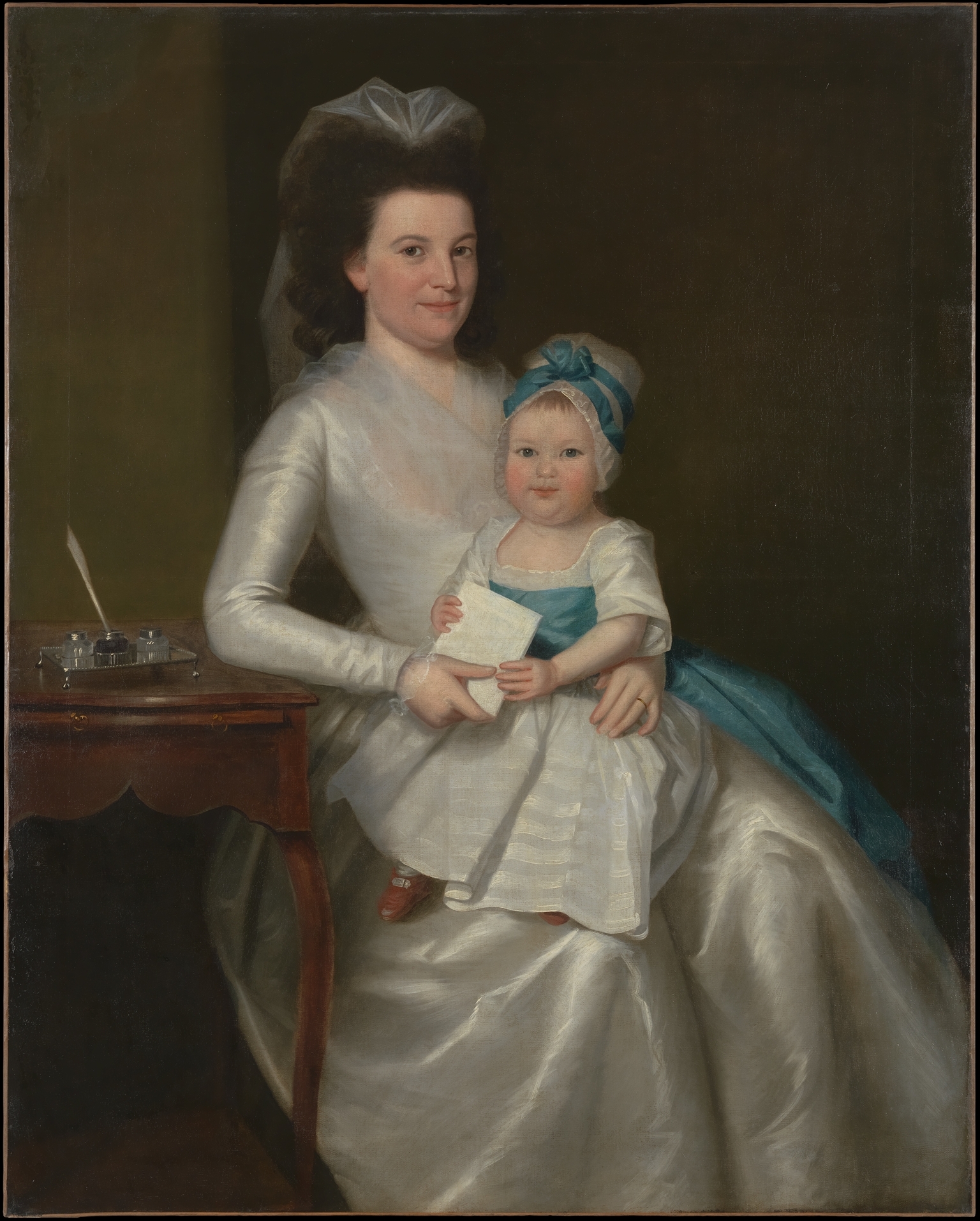 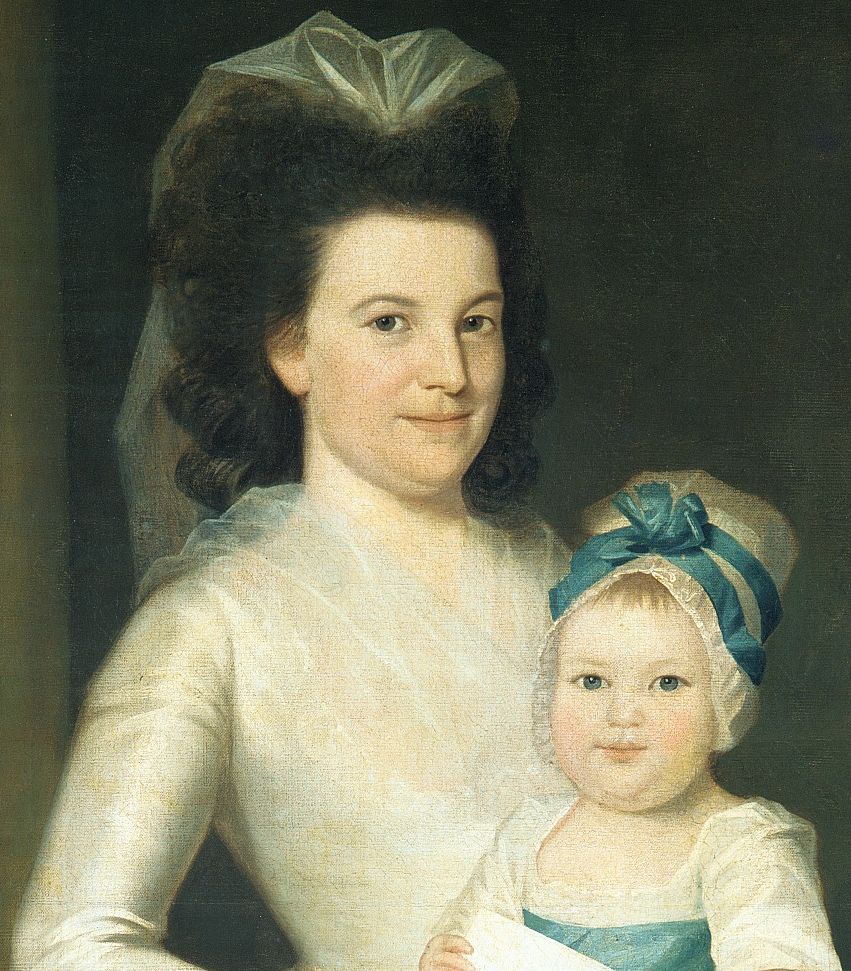 By 1783 Earl was a member of the entourage of American artists in the London studio of Benjamin West, where he absorbed the lessons of the British portrait tradition. He persisted, however, in painting forceful characterizations of his subjects and capturing the materiality of objects; both proclivities reveal the continuing influence of John Singleton Copley’s colonial portraits. Here, Earl conveyed maternal affection along with precise details of costume and furnishings in illusionistic passages such as the reflection of a leg of the inkstand on the tabletop.