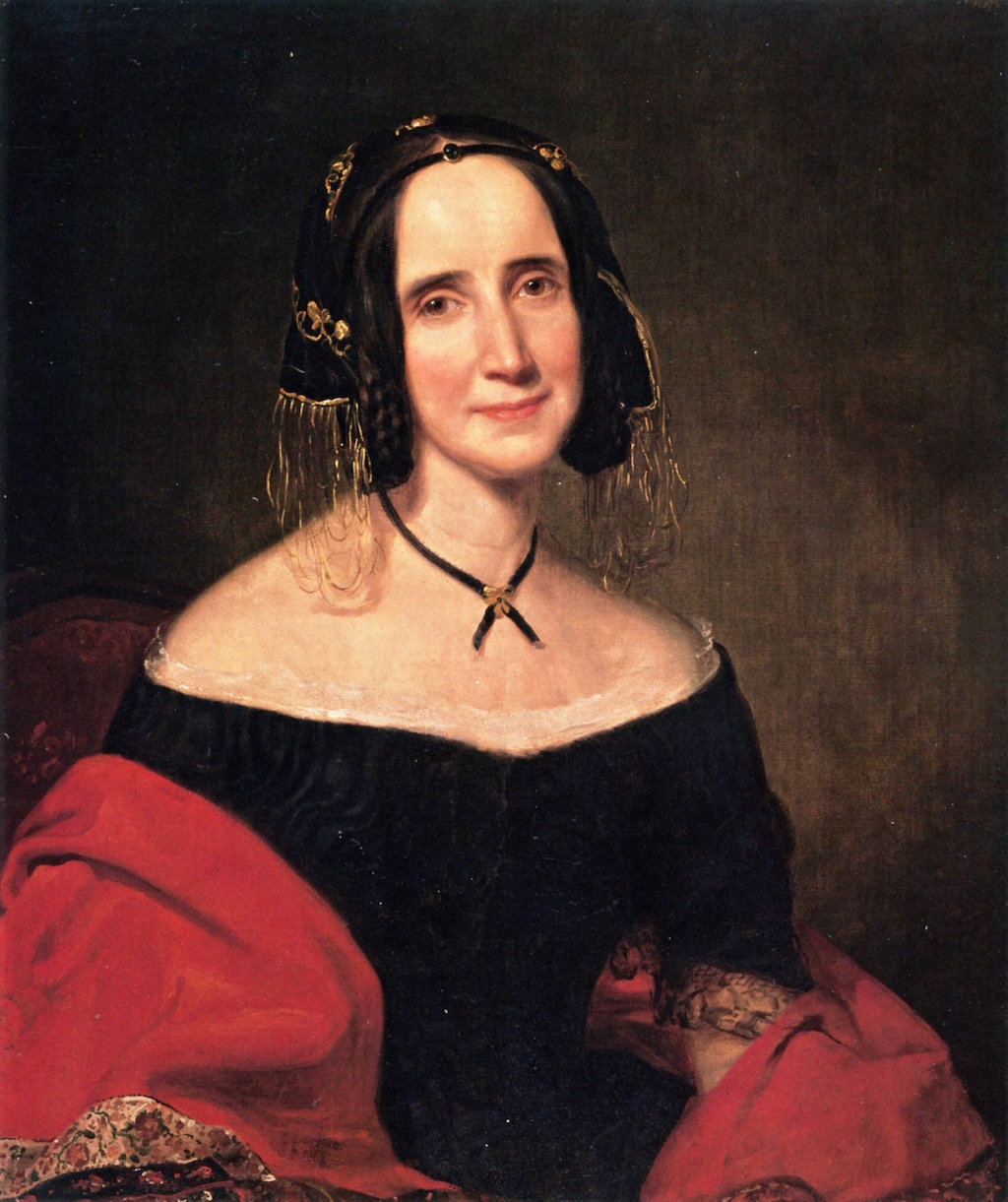 Caroline LeRoy Webster (September 28, 1797 in New York City – February 26, 1882) was the second wife of Daniel Webster. Her father was Herman LeRoy, who was once head of the commercial house of Leroy, Bayard, McKiven & Co., a large trading company that operated in different parts of the world. Her father was also the first Holland Consul to the United States. Caroline’s mother was Hannah Cornell, daughter of the last Royal Attorney General of the State of North Carolina. Caroline was a descendant of Thomas Cornell.

She was the second wife of Daniel Webster, after Grace Fletcher Webster’s death. She met Webster at her father’s house while Webster was a guest there. After only a few month of courtship they were married. Their wedding was an upscale one with a large and fashionable assemblage.

In 1839, she traveled to Europe with Webster, during this time she was a guest of Queen Victoria and the Duke of Wellington as well as other members of the British government.

When Daniel Webster died in 1852, Caroline received $100,000 which was invested for her widow’s benefit. Although she did not need it because she had inherited enough from her father to live fashionably.

Exactly 30 years later after Daniel Webster’s death, Caroline LeRoy Webster died in her home in New York City after increasing illness and pneumonia. She died on February 26, 1882, in her bed. She was then buried in Woodlawn Cemetery in New York.

Via: Athenaeum, Hood Museum of Art